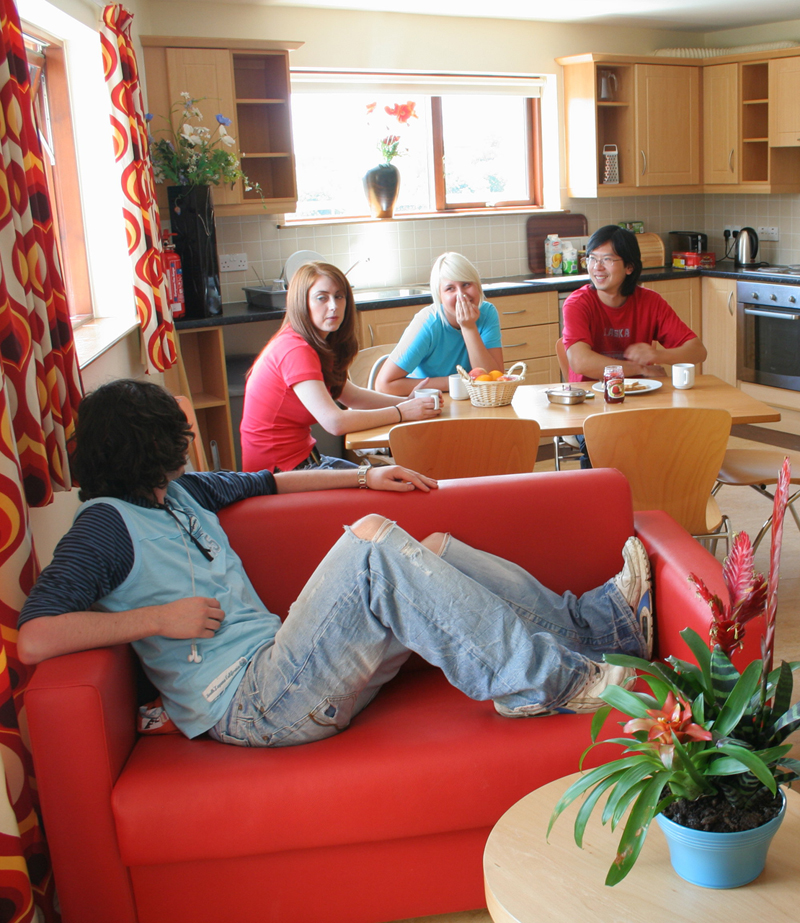 You did the cheers, you danced on tables, you drank too much. Good stuff. Now it’s time to start university and deal with your roommates. Even though things might seem friendly now, there’s a lot that could cause trouble throughout the coming year between you, your roommates, and the other people on your floor. Here are a few things I wish someone had told me before I moved into residence.

So you made some friends during Frosh. You told each other all your secrets and now you’re going to be best friends forever. Or not.

The friends you make during Orientation Week, especially on residence, probably won’t be the friends you keep for the rest of your university career.

In the first few weeks of school, people are particularly vulnerable. They’re scared to be alone so they make friends that aren’t necessarily right for them. Once the fear of pariah-dom wears off you’ll realize you have nothing in common with these people and go on to make new friends.

That’s only natural, but the problem is that awkwardness will ensue for the next four years. With some people, it becomes so awkward that you start pretending you don’t know each other’s favorite foods, gripes, or sexual preferences. You’ll avoid eye contact with people, even though you’re friends on Facebook.

So don’t tell everyone you meet during Frosh Week everything about yourself. Or at least don’t add them all on Facebook.

Never room with your best friend

By this, I don’t mean don’t be friends with your roommate; I just mean don’t room with the person you spend all your time with.

Just because someone is your friend doesn’t mean they have the same living preferences you do. Also, it’s a lot harder asking your friend not to throw tea bags in the sink than it is a total stranger. A close friend might take criticism about their living habits more personally than someone you don’t spend that much time with.

The reverse of this is also true. If you have a falling out with a close friend (probably because you spend so much time together), you don’t want to go home to them giving you the silent treatment. When you lived with your parents you could just go home and it was a safe place where you could relax from the anxiety and the drama. Now that you live on campus, the same should still be true. Your residence room should be a place where you can take a break from your social problems, not a place to hide out until your roommate has left the kitchen just so you can go get some cereal.

One of the first things you’ll notice about living on residence is the complete lack of privacy. Now, in a UTM residence, wherever you live on campus you will always have your own room. Still, roommates will see no problem with walking into your room unannounced several times a day. People will see the lights on in your room under the door, or spot you moving through the peephole, and demand to be let in. If you’re really unlucky, your room will become the hangout spot for you and all your friends.

This might seem fun and social at first. But after a semester you’ll start to feel trapped. Not only is your room two feet wide and the colour of dried mustard, but there are always people in it, and your attempts to kick them out have turned into a joke.

While it might be fun to play host for a while, your room should not become everyone’s favourite hangout. Your room should be your space: a space to study, wind down, or sleep without anyone bothering you. So don’t be overly welcoming during the first few weeks of school. Instead, you can hang out in the common rooms or outside before the weather gets bad.

The night before my PSY100 final exam, one of my friends decided it would be a great opportunity to watch Rush Hour 3 in my room. I pointed out that I had my PSY100 final the next day, so I wouldn’t be able to watch the movie with her. When she didn’t get the hint, I jokingly pointed out that she might want to use headphones. She waved me off, saying she didn’t have any.

I didn’t say anything after that be- cause I didn’t want to be rude, and anyway, she would get sleepy and leave eventually… right?

Had I honestly and seriously told my friend to leave that night, I probably would have spared myself three hours of staring blankly at an exam paper. Be firm and serious. Hinting probably won’t get people to leave. It’ll probably just make you even more frustrated. Don’t worry about offending your friends or being rude. Your GPA (and your sanity) are at stake. So even if you have to physically push people out, don’t be afraid to do it.

This will probably feel a bit like kindergarten when you first do it—your roommates might roll their eyes a the idea of a trash duty schedule or a “no dishes in the sink” policy, but once you get busy with school and the dishes start to pile up, a written contract will come in handy. And it doesn’t just have to be about cleaning your living space. These rules can be about anything from when you can play loud music to whose turn it is to buy the toilet paper.

Once you move in, take the time to think about the things that really bother you around the house and write them down. For example, if you’re a light sleeper, it might be good idea to make sure none of your roommates play music during sleeping hours. Once you’ve made your list, have a discussion with your roommates and try to come up with some sort of agreement and a set of rules, so that when someone does break them, you have legitimate grounds to be upset.

I once had a roommate who slammed stuff all the time. It wasn’t just doors; it was cupboards and closet doors and drawers and anything else she could get her hands on. At first, I thought she was just in a bad mood, or in a rush to get somewhere, so I said nothing. When the slamming continued, I thought she would eventually realize how rude she was being and stop on her own. When it still didn’t stop, I decided to start slamming my own door, in the hope that she would see how loud she was being, but she didn’t.

Soon, there was a door slamming war going on in my suite, and only one side was actually aware of the fighting. Finally, one of my other roommates asked for a house meeting and told me that I was being too loud. When I pointed out that I was only slamming doors because our other roommate was doing the same thing, everyone blinked at me. “But I always do that,” said the first roommate.

If you have a problem with something your roommates are doing, just tell them and ask them not to take it personally. And the same goes for when they ask you stop doing something that’s bothering them. One of my dons once suggested a “24-hour rule,” where each roommate has 24 hours after the event to tell the other roommates about whatever it is that’s bothering them. Once the 24 hours have passed, you have to let it go. Some variant of this rule seems like a good way to make sure all roommates are being honest and no one is slowly losing their mind.

Don’t do anything you’ll regret later In that same spirit of making friends, some people tend to agree to do things that they normally wouldn’t, or sometimes that they don’t even want to do. For example, you may have made friends who find it necessary to go to a party every weekend. For the first few weeks, you genuinely enjoy going out and socializing every Friday, but a few Fridays later you will come to the realization that you can’t stand yet an- other long night in an overcrowded, dark room where people are “getting low” and singing about “apple bottom jeans”.

Making and keeping friends isn’t the same as agreeing to everything. And there’s nothing wrong with going for some pho or playing a game of Monopoly on Friday night. If your friends resent you for wanting to stay in that week, then you’re probably better off staying in anyway and meeting people that have interests that are more similar to yours.