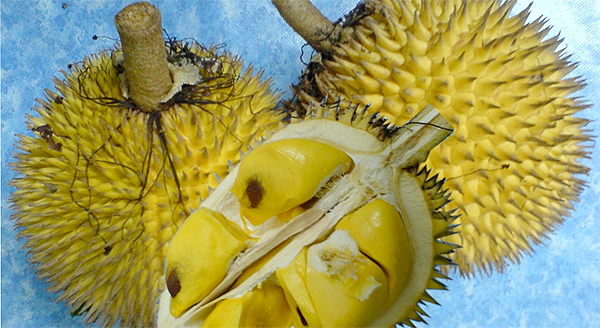 Summer is around the corner, and if you have your life on track, you know exactly what you’re going to do. Maybe you’ll travel, take a few extra courses or get a job. No matter which option you take, you’ll enrich your life with experience, academics or with sweet cash. But for the rest of us, those with neither the money nor  the initiative to do any of the above, the summer will be a long, boring train of oversleeping, overeating and general self-loathing.
But fear not. Just because you’re about to spend four months doing nothing except live in only the most literal sense of the term, it doesn’t mean that you can’t do it right. There’s always something to fill your days with, and these five hobbies will leave you with four months wasted and no discernable talents whatsoever.

When I was thirteen, I spent my entire summer vacation in my basement playing Morrowind. To this day I have no regrets; it was the most perfect game I’ve ever played. While Morrowind’s now outdated graphics will turn off gamers, new titles like Mass Effect 2, Dragon Age, or the old MMORPG standard World of Warcraft can place you in an immersive world that beats your regular reality by a long shot. I’ll take living vicariously through a ripped dwarven version of myself to living as an underpaid English student any day.

Do you know what game Death and the Swiss Knight play in Bergman’s The Seventh Seal? Do you know how many ghosts teach Jackie Chan martial arts in Spiritual Kung Fu? Do you know why the last man in Abbas Kiarostami’s A Taste of Cherry never committed suicide? Well, maybe that’s why you aren’t happy with your life. A few obscure movies will not only fill your head with inane trivia, it will fill the hole in your chest where your hopes and dreams used to be. Plus they’re great for conversations. Who doesn’t want to hear a discourse on Bhutani cinema from 2000-2010? Khyentse Norbu easily dominates that category, by the way.

The Western Canon encompasses a huge, huge field of literature, and even though we talk about Moby Dick and The Odyssey constantly—well I do at least—how many of these great classics have you actually read? If you read just one classic a week, you’ll be acquainted with over thirty two works of literature by the end of the summer. Considering that the average Canadian reads two-thirds of a book per year, this will probably give you superpowers. Plus, you’ll get all the tedium of being an English major with none of the pesky financial rewards.

Did you know that you can find television shows on the internet, for free and without commercials? When I found out, and after I bought every piece of spyware software imaginable to keep the feds from finding out about my crimes, I immediately started systematically committing to memory every episode of every show that I knew. The wonderful thing about anime as opposed to regular Western cartoons is that many of them just don’t end. This is not hyperbole; you could reasonably expect to hook yourself up to a constant stream of Bleach, only stopping to eat and weep about your situation, and still only get through one quarter of the current episodes available. Also, you’ll learn Japanese phrases no one ever uses, even in Japan. Dattebayo!

Whatever doesn’t kill you may kill you socially. Examples? Durian, the dangerous and odourific fruit, Casu Marzu, the toxic cheese, and Kopi Lawak, coffee beans fed to a civet (an African-Asian mammal sort of like a weasel) and collected once it comes out the other end. While your friends visit the tropics, you can explore the realm of nightmares and chew on it. There is so much freaky, strange, barely edible sustenance out there that by the end of the summer, you will be able to safely say that you have gone to hell and back. Not that anyone will want to be near you, I mean, you ate weasel poo. What’s wrong with you?