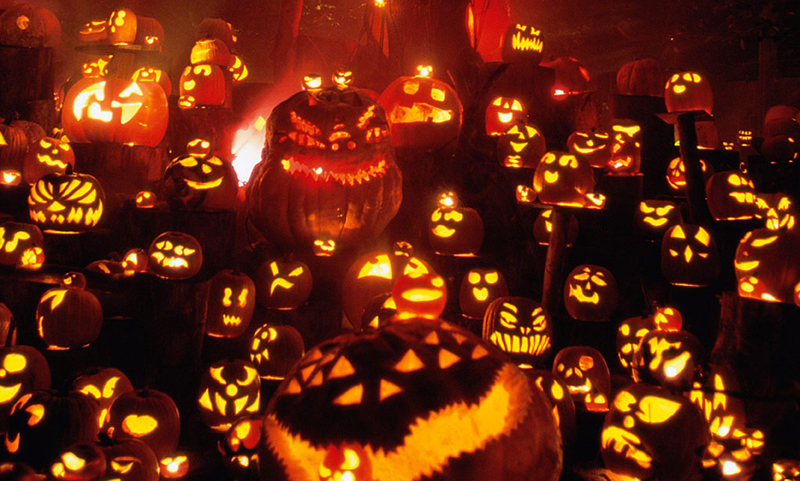 What is so special about October 31? Why do children dress up in costumes and go door to door, expecting candy? How did Halloween start and why did it become a night of terror and sweets?

The word “Halloween” comes from the Catholic Church. It’s a contraction of “All Hallows Even”, that is, the night before All Saints’ Day, a day for the observance of saints, held on November 1.

Halloween can be dated to 2,000 years ago, when the Celts in the British Isles and northern France celebrated the new year on November 1. This represented the change from autumn to the cold, dark winter. They had the festival of Samhain on the night of October 31. Celts believed that the line between the living and the dead blurred on this night, and that the ghosts of the dead returned to Earth on October 31, making it easier for Celtic priests to make predictions about the future. They celebrated Samhain with a huge bonfire, and the Celts wore costumes made of animal skins while attempting to tell each other’s futures.

By 43 A.D. the Roman Empire had conquered most of the Celtic territory. Because of this, two Roman festivals were combined with Samhain: Feralia (a day in late October to commemorate the passing of the dead) and another festival to honor Pomona, the Roman Goddess of fruit and trees. The symbol of Pomona is the apple (pomme, anyone?)—which could explain the “bobbing for apples” tradition now associated with Halloween.

Feralia was merged with the new year festival on November 1, and by the 700s, Christianity having been in the area for a while, the feast had expanded to include martyrs. By the year 1000 A.D, November 1 had received the name All Saints’ Day (not to be confused with All Souls’ Day, held on November 2). The celebrations included bonfires and dressing up as saints, devils, and angels for parades, similarly to the Samhain festival.

The night before this feast started being called “All Hallows Eve” (a “hallow” is a holy person). What we call it, though, comes from the Scottish version, “All Hallows Even” (“even” is a Scotch short form for “evening”), which was eventuallycontracted to “Hallowe’en”. (We usually drop the apostrophe now, too.)

From there, Halloween was brought to the New World with the colonists. Its celebration was limited in colonial New England due to a sect of Protestantism that condemned the association with demons, spirits, and the dead, but it was celebrated in Maryland and the southern colonies. The beliefs of Europeans and Native Americans combined, creating a unique version of Halloween. Original celebrations involved “play parties”: public events to celebrate the harvest. Neighbours shared stories of the dead, including ghost stories, made prophecies, danced, and sang. By the middle of the 19th century, this annual festival was widespread, but not all of America celebrated Halloween.

Millions of Irish fleeing Ireland’s potato famine of 1846 immigrated to America and Canada, bringing more support for Halloween. Borrowing from a medieval Halloween tradition that included Christmas wassailing, Americans started dressing up in costumes and going house to house asking for food or money (modern day trick-or-treating). But in the late 1800s, town leaders decided to make Halloween more of a community get-together than a celebration of ghosts and witchcraft. Halloween parties focussed on games, seasonal food, and festive costumes. Newspapers encouraged parents not to include anything frightening in Halloween celebrations. Due to this, in the early 1900s, Halloween temporarily lost all its superstition and scary elements.

In the 1920s and 30s, Halloween was celebrated as a community holiday, complete with parades and parties, but at the time, vandalism often interrupted the festivities. By the ’50s the vandalism had been contained, and Halloween became known as a celebration for young adults and children. This was partly due to the baby boom, when Halloween festivities were moved into classrooms and homes to accommodate all the children. Trick-or-treating also came back in this era as a less expensive way for the whole community to celebrate Halloween without actually getting together. Adults in communities also hoped that giving children treats would prevent vandalism and pranks. Today, Halloween is one of Canada’s and America’s largest commercial holidays.

Most elements of Halloween can be traced back to European traditions. Jack-o’-lanterns, for example, were first made by people in Scotland and Ireland. They carved out large beets or turnips to use as lanterns during their Samhain celebrations. Irish folklore says that jack-o’-lanterns were named after Jack, a man who could not enter Heaven because he was not a good man but didn’t go to Hell either because he tricked the devil, so he had to walk the Earth forever with only a coal from Hell to light his lantern. The jack-o’-lantern also represented spirits present in the dark, including souls released from Christian purgatory. America and Canada made this tradition their own by using pumpkins and carving an image onto one side. An activity similar to trick-or-treating began in medieval times, in a tradition called “souling”. Poor people would go door to door asking for food on All Saints’ Day, and in return promise to pray for the dead on All Souls’ Day.

In Canada, the biggest Halloween spenders are in British Columbia. In fact, a national average of $30 per family is spent on Halloween candy alone. Costumes and accessories can add up to $75 per person in Canada. Interestingly, men tend to spend more money than women on both candy and costumes. Also, every year more adults aged 18 to 24 are celebrating Halloween.

The 2,000-year-old tradition is still going strong today, adapted to a night of general fear, fun, and partying.