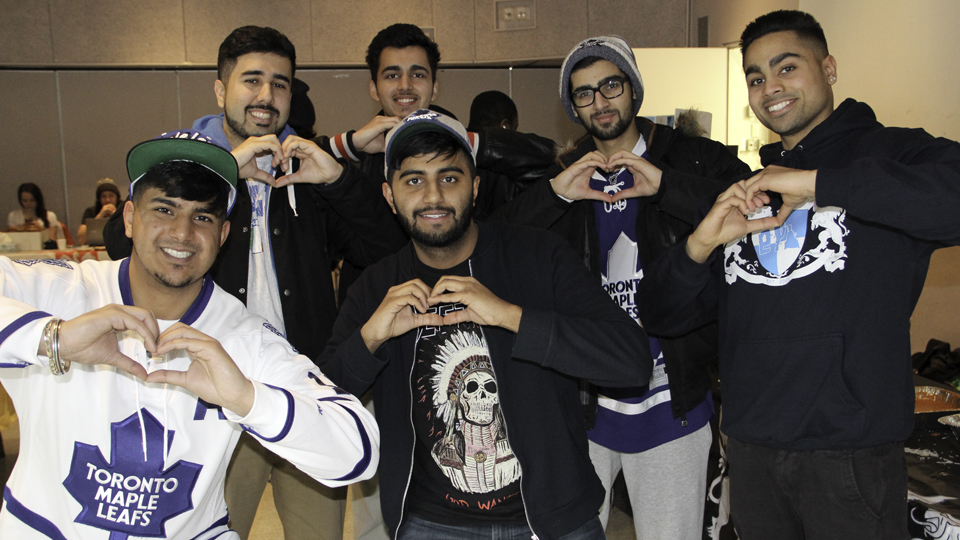 Valentine’s Day: a holiday created simply to acknowledge romantic love. But not for everyone. While you’re probably used to hearing a female’s take on the day—what she’s doing and why she loves it—today, you get to read all about the man’s perspective. We interviewed some men at UTM to get their opinion of the holiday.

Some single men we interviewed had some issues with accepting their relationship status. One student, Vinay Kumar Thapliyal, said, “[I’m in a relationship] with Arianna Grande, but she’ll probably deny it. We play this game where she pretends like she doesn’t know I exist.” But hey, to each their own.

Others were much more accepting, indicating their single status with a curt “nope”. In some cases, a wonderfully detailed conversation ensued, in which the phrase “overpriced chocolates, flowers, and romance” was dropped by a few interviewees.

On the other hand, men engaged in a relationship, like Simrandeep Sandhu, were more apt to describe the holiday using words like “love”, “care”, and “lust”. In a similar vein, Rishabh Sharma said, “It’s nice, it really makes you happy about things. A relationship isn’t easy at all, but it’s cool that they’ve set aside a day to help you remember that apart from all the problems, all the fights, all the hate, they’re the person who makes you happiest.”

It’s a good time to note that everyone’s relationship status is subject to change at any time. “I used to love it when I was in a relationship,” said Muhammad Razzaq. “[It] gives you an excuse to do something special for that someone, but it’s annoying when you’re single.” This was voted the best answer by every other man on the panel.

As for the consumerism inherent to Valentine’s Day, there was a resounding cheer for the clever advertising ways of companies targeting people in love. “It’s a very smart marketing scheme,” said Sharma. “Works great for desperate guys, girls, and couples.”

“I feel some people relate it far too much to couples,” said Sandhu. “It should be a chance to share it with whoever is closest to you that you love.”

The most exciting aspect of this holiday is, of course, how you spend it. So what will the men of UTM do?

Thapliyal said he’ll be emceeing the Hindu Students’ Council’s Guns & Roses event at the Blind Duck, and triumphantly pointed out the irony of his position. Razzaq intends to go to Guns & Roses or stay at home, “Netflix-ing” his time away.

As for the guys with girlfriends, Sandhu admits, “To be honest, I have been caught up with school and it’s been hard to keep up with everything, so I haven’t put as much thought into it as of yet.” In other words, no details will be publicized. The good news is, of the taken men we interviewed, all had, well, something planned.

And the gift-giving isn’t all that bad for some men. Plus it’s hard to forget to buy a present when every chain store in the world has been reminding you of Valentine’s Day since Christmas.

Razzaq even said he was excited enough to combine the traditional Valentine’s routine of giving flowers and chocolates with the perfect date in hopes of scoring some brownie points.

Finally, some of the boys offered some new ideas for celebrating Valentine’s Day. Razzaq says, “I’d change it to Man Day, where everyone (including girls) can just appreciate men for once and have chicken wings.” Thapliyal suggested turning it into Singles Awareness Day.

Disregarding the differences between those who are in relationships and those who aren’t, all the interviewed men agreed that it was important to simply acknowledge that special someone in their lives. Happy Valentine’s Day!