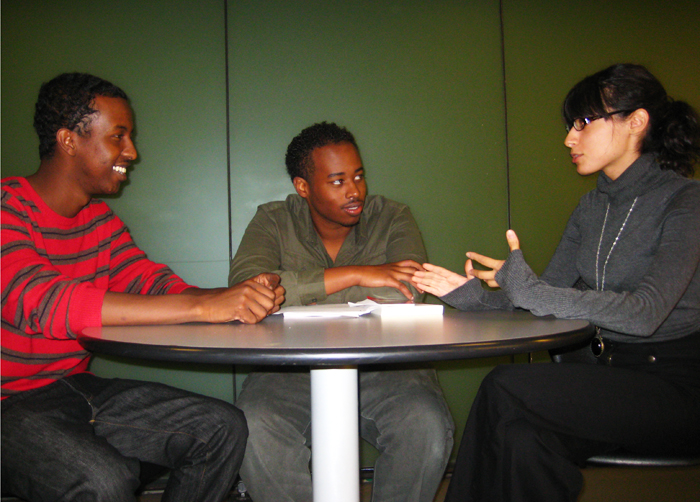 All who have meditated on the art of governing mankind have been convinced that the fate of empires depends on the education of youth.

The quotation comes from Aristotle, but applies to contemporary political theory as much as it did when he first uttered the words. In an era when information is commoditized, the educated mass keep countries stable and economically successful. The reverse is true for countries where the knowledge infrastructure is either developing or only accessible to the upper classes.

ASAP was founded by Yonis, an ethnic Somali UTM political science student who was born in West Africa. It began as a pilot project of the Somali Students Association in 2007. The pilot project aimed to send three Somali students to university, and succeeded easily. From that point, the idea of making a greater impact with more resources seemed less like a possibility and more
an eventuality.

So far weve had nothing but success, said Zita, who credits reasonable goals and a strong, centralised management with ASAPs successful fundraising. And I think that we have a definite foundation to draw from at UTM. Its important for UTM students to realise they can make a difference on campus. The student population here has a lot of drive but few outlets for it, especially politically.

ASAPs ethos doesnt just focus on helping the individual students, but their entire community. Yonis stresses the importance of educating students in their native counties.  Everything changes over here. When people come here, they want to live here because of the increased opportunities. But we want people to benefit their nation as well as themselves.

This attitude offers an unexpected advantage with an issue students worldwide suffer from: tuition fees. Education in Somalia is cheaper than the equivalent courses in developed nations such as Canada. The cost of a half-credit course in Somalia amounts to roughly C$150, as opposed to the government-subsidized C$700 that an average Canadian student would have to pay.

This gap in course fees allows ASAP to do more with the money available to them. The tuition fees for international students are astronomically higher than native Canadians and ASAP is able to send roughly ten students to university in Somalia for every one they would be able to bring here. People need to understand how much they can help with just a small amount of money, said Yonis. A dollar here — that will buy you a coffee. A dollar in Somalia — you can eat for a day.

So far ASAP has worked by gathering donations from the Somali and UN community, but are now going through the paperwork to become a recognized non-profit organization by the Ontario government. They plan to focus on what Zita refers to as the basics: establishing themselves in terms of organization, approachability and publicity. Although Yonis, Zita and Abdullahi are the only current members and executives, they hope to introduce volunteers and non-executives into the organization as soon as possible. The three hope to eventually establish fundraising events both within and without the UTM campus.

According to Yonis, ASAP began by funding university education in Somalia because Somalia doesnt get a lot of media attention aside from piracy, and a lot of people dont know about the conflicts going on there. In the future, ASAP hopes to cycle its funds around all of Africa annually. Yonis hopes that this investment in education will promote a chain of benefits for the African continent both economically and socially.

A lot of the insurgents you see on television are twenty, twenty-one, our age, saidYonis. Getting these people educated is key to stopping conflict.