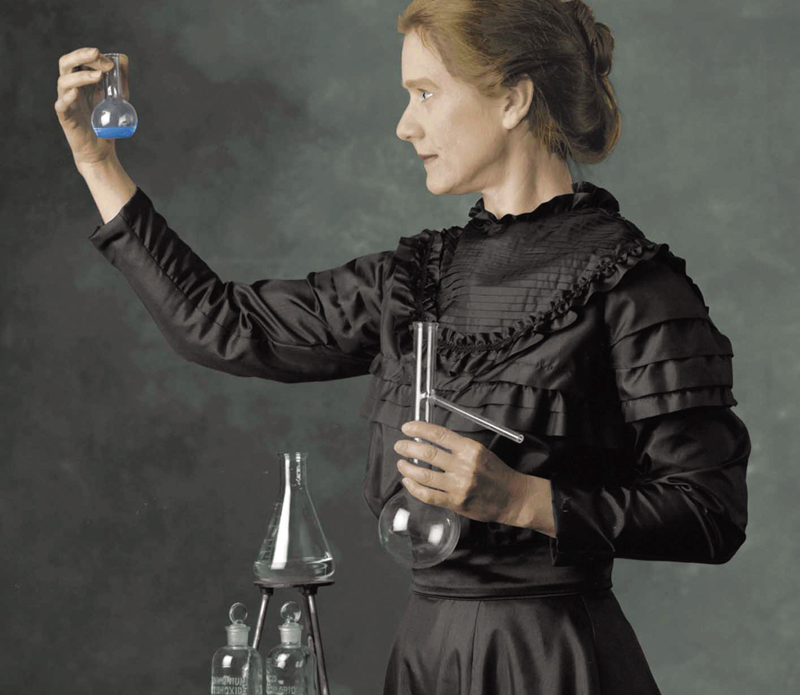 UTM science students can argue that after four-hour labs, bell-ringers, specimen collections, dissections, and research proposals, there isn’t much time for dating. But time may not be what concerns female science and math students when it comes to romance.

A recent study published in the Personality and Social Psychology Bulletin suggests that women who want to pursue a romantic relationship will stay away from science, technology, engineering, and math (also called STEM).

Why? They consider these subjects “masculine”. These women are more likely to pursue supposedly feminine subjects like English, language, and the arts.

The study exposed female and male participants to romantic cues (looking at romantic images or listening to conversations about a date someone just went on), intelligence cues (a description of a test someone just wrote), or friendship cues (hearing a conversation about a visit from a friend). Afterwards, each participant completed a questionnaire about how they felt about STEM subjects compared to other academic areas.

Women, but not men, when given romantic cues, showed less preference for STEM areas compared to more “feminine” subjects. This pattern did not occur when women were exposed to the intelligence and friendship cues.

A separate part of the study targeted females planning to pursue a degree or career in STEM. The study asked these women to answer questions about the activities they participated in during the day for three weeks. They were also asked to report any romantic activities.

The study found that when women pursued romance, they avoided math or science activities. For instance, if a woman wrote that she went on a date or emailed her boyfriend, she invested less time in math or science homework.

Dr. Lora Park, the study’s lead author and a psychologist at the University of Buffalo, comments, “Gender scripts discourage women from appearing intelligent in masculine domains, like STEM, and in fact, studies show that women who deviate from traditional gender norms, such as succeeding in ‘male-typed’ jobs, experience backlash for violating societal expectations. On the other hand, men in gender-incongruent occupations don’t experience the same degree of backlash women do.”

Scientists have not yet found convincing evidence to support the stereotype that males are better than females at math and science. If anything, studies have overwhelmingly supported the contrary.

So where did math and science get its supposed masculinity?

Scientists argue it all lies in cultural biases.

Often in the history of Western culture, males have performed dubious anatomical studies designed to prove that males were superior to females. Neurologists in the 19th century measured and weighed male and female brains to argue that females lacked the capacity of scientific reasoning. Tellingly, they would even change their hypothesis when their findings showed that, under a previous hypothesis, the data should have proven women to be more intelligent. Dr. John Milligen, a well-known 18th-century army surgeon, even wrote, “Women are less under the influence of the brain than [of] the uterine system, the plexi of abdominal nerves, and irritation of the spinal cord.”

It’s now popularly believed that women are probably equal to men in the STEM fields. Nevertheless, Harvard only just tenured its first female math professor in 2010. Meanwhile, Statistics Canada still notes inconsistencies in the number of males and females in physics professions, like engineering. In 2005, females made up 9% of engineers in Canada. However, Statistics Canada has noted increasing numbers of female undergraduates enrolling in the sciences. Between 1992–93 and 2003–04, there was a 65% increase in women enrolled in engineering and architecture programs at university. In the same period, Canada saw a 46% increase in women in the physical and life sciences.

Several organizations are sprouting throughout Canada to promote women in science and technology. The mission of the Society for Canadian Women in Science and Technology, established in 1981, is to empower females in STEM. The organization holds mentor programs for girls and immigrant women interested in science. It also offers women-only scholarships and science industry contacts.

The results are worth it.

Roberta Bondar, Canadian astronaut and neurologist, comments on her passion for science and her gratitude for the widening areas of space programs for women.

“[The space program] allowed more women and minorities,” she said. “There was more diversity and creativity, and it was a better reflection of the Western world.”