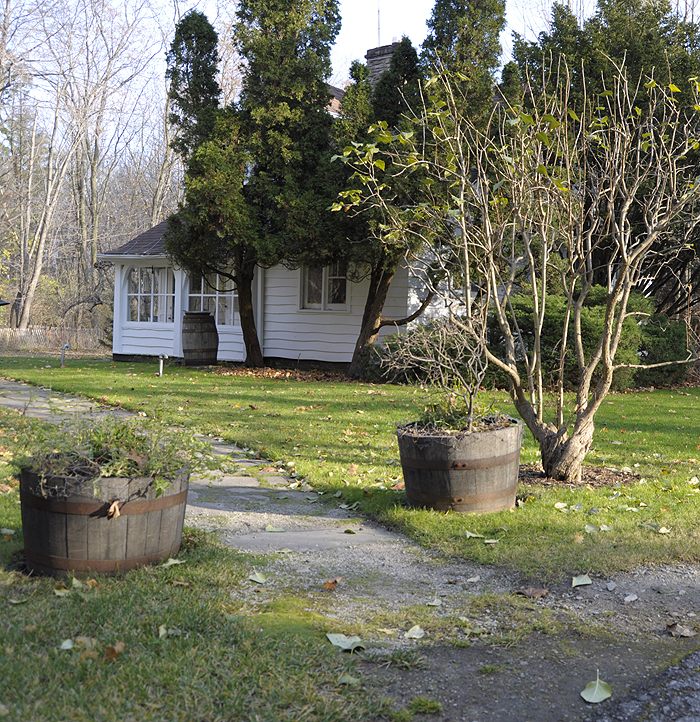 Stop by Principals Road on the way to the paleomagnetism lab (yes, we have one) and youll see a cottage on one side. Built in the English Cottage style and identified on UTM maps as the Artists Cottage, it is a far cry from the brutalist architecture of the South Building or the sleek modernist design of the CCT Building. In fact, both the Artists Cottage and the nearby Lislehurst House seem a far cry from Mississauga. Where else can one find buildings like these?

Surprisingly enough, the Artists Cottage, and the story behind it, incorporates over a hundred years of Mississauga history, including the founding of Erindale College and—eventually—UTM.

In 1869, the land now occupied by U of T changed hands and bloodlines over time to be owned by the Schreiber family, who came originally from England. They constructed three houses on the land in 1878: Lislehurst, Mount Woodham and Iverholme. Today, only Lislehurst survives, and the house is occupied by UTM Principal Ian Orchard.
The Artist Cottages building date is uncertain, however Jack Raymond—a former UTM groundskeeper—once claimed to have seen a date inscribed in the stone foundations of the building. Today, some say a weathered 77 —as in 1877—is visible in the stone. Since Lislehurst, Iverholme and Mount Woodham were completed a year later, Heritage Mississauga reports that it is possible the Schreibers building designer lived in the cottage while Lislehurst and the other buildings were being built, although this information is unconfirmed. If it is true, however, the Artists Cottage—at least part of it—is the oldest building on the UTM campus.
In 1930, the Schreibers sold the land to one Reginald Watkins, son of Hamiltons Right House Department Stores founder. Watkins expanded Lislehurst and remodelled it to the Tudor style it adopts today. The Artists Cottage also changed under Watkins ownership, who remodelled it extensively into its current state to match a more English aesthetic. Mississauga Heritage suggests the chimney may be intact, while the basement and interior are visibly renovated. During his ownership of the land, Watkins also built Thomas Cottage, referred to in an earlier edition of The Medium.

In 1963, U of T acquired the Artists Cottage, originally designated as the Schreiber-Watkins Cottage, when it purchased the Schreiberwood land as a base for Erindale College. The Artists Cottages moniker comes from the artist-in-residence program; the University used the cottage as a residence for whichever artist was currently serving their term on campus. David Blackwood, the first UTM artist-in-residence and the name behind CCTs Blackwood Gallery, was the first Erindale College employee to occupy the cottage, from 1969 to 1974. The cottage is currently occupied by Dr. Henry Halls, a professor of Geology in the Department of Chemical and Physical Sciences.