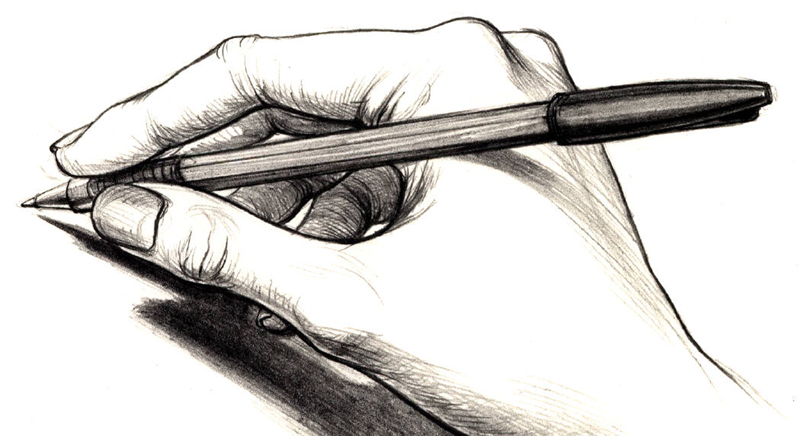 I studied for weeks. I attended office hours. I finished every possible homework problem, tutorial exercise, and past exam. I wrote the test.

University students face countless pressures. There are pressures to earn scholarships, to get accepted to graduate schools, to please parents, to compete with friends and classmates. Often, students work themselves so hard that they crumble when they actually write a final exam.

But are yoga classes, stress balls, or comfort food the best way to clear the mind?

Writing has been shown to have therapeutic benefits. James W. Pennebaker, an American psychology professor and linguist, documented the earliest work on what is now called “writing therapy”. He found that students who wrote about traumatic experiences in their life had better immune systems, fewer doctor visits, and increased psychological well-being than those who just wrote about anything at all.

The problem with studies on the effects of writing is, how do you scientifically prove a person develops a healthier state of mind? Was it really because of writing?

Ramirez and Beilock set up two studies. In the first study, they wanted to compare whether writing had any effect at all. The scientists recruited college students and asked them to complete a pre-test and a post-test of abstract algebra. Before doing the pre-test, the students were told to “do their best”. After the pre-test, the researchers upped the stakes.

So, the student just about to write the test was now fully responsible for winning or losing the award. And they would be watched the entire time.

All the students wrote the post-test. Students who wrote about their feelings about the post-test scored significantly higher than those who didn’t.

With this in mind, a second study was done to look into what type of writing was most beneficial. The scientists studied actual grade nine biology students before their very first exam. They surveyed the students to ask how much they stressed over exams.

Worrying is believed to distract a person’s short-term working memory. It’s this working memory that a student needs to use to process and manipulate information when writing an exam. Writing about what’s worrying you may address the worries directly, lifting them from your mind and allowing you to concentrate on the task at hand.