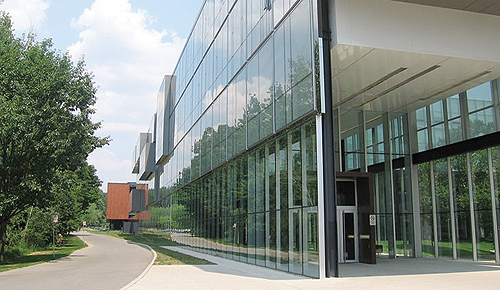 The CCIT Academic Societys orientation week is taking place this Friday and if youre a first-year student unsure of what to study in the future, a CCIT student who wants to meet other CCIT students, or simply someone looking to network, you may find it useful to attend.

For those who dont know, CCIT stands for Communication, Culture and Information Technology. Its faculty and associated programs are unique to UTM, and incorporate elements of a humanities, business and science education to study and utilize the relationships between society and media. It has a culture described by Stephanie Chan, president of the CCIT council, as valuing diversity, technology and innovation. The CCT Building, opened in 2006, is the hub of communications studies at UTM.

For the past two years, the CCIT student body has been benefited by the CCIT council, an academic society formed eleven years ago under the moniker of the CCIT club. As a club, membership was based on a small fee and the welfare of club members was the primary concern of the organization. Two years ago, the club applied for and received the status of an academic society. As an academic society, the council now looks out for the entire CCIT student population, has greater pull with the faculty and extends its influence beyond the sphere of the UTM campus.

According to Chan, the goal of the council is to bring the culture of CCIT together and to make the program known outside the campus. The program is new, and lots of employers dont know the benefits that graduates can offer. In the past two years, the council has held meet the alumni nights, career nights, mixers, and galas. Chan says that attendance for the gala in particular increases every year — an encouraging sign for the cohesiveness of the CCIT students.

The events that the council has organized have been primarily focused on introducing the wealth of career opportunities open to CCIT students, which include the fields of print journalism, marketing, publishing and business.

There are some difficulties with running the council, says Chan: because of the diversity within the programs, the general major program versus the health science communication specialist for instance, its hard sometimes to cater to everyones unique needs, but I think we do a good job of it. Indeed, one would be hard-pressed to locate the similarities between the facultys digital enterprise management program and its visual culture and communication one.

The council has plans for the future to build on their past successes and find new ways to show students what options are available to them. This year, the council will kick off the new school year with its third annual orientation, as well as organize networking events between students and societies with different academic affiliations. Its important for CCIT students to learn about marketing, about technology, about business, says Chan.

This year, the CCIT council will have the third annual orientation week for CCIT students. The orientation will also be attended by CCIT faculty and staff, who will participate in speeches in order to get students to know them. We want to get everyone involved, says Chan, who invites not only first-year students, but also CCIT seniors, students interested in the program, and students looking to network.