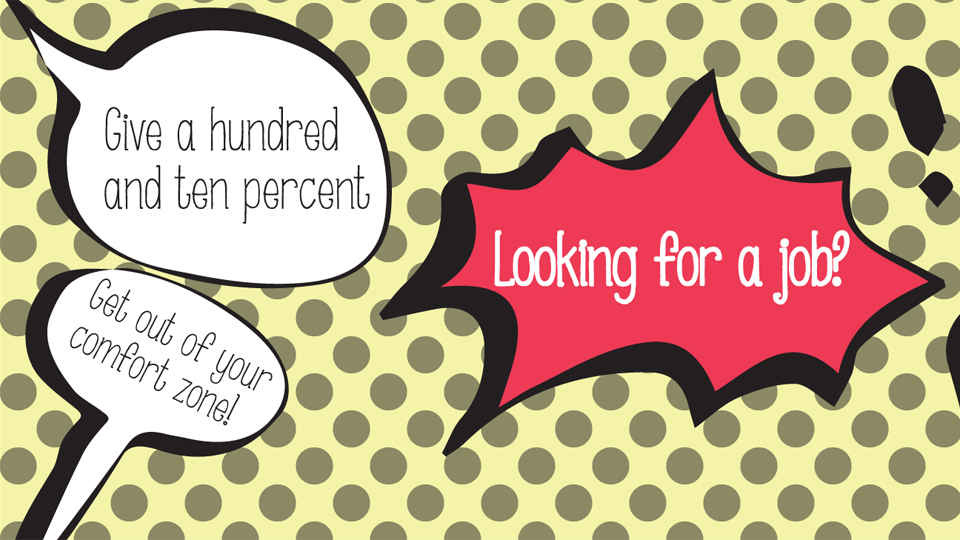 So, you have no idea what you’re doing after graduation? Well, six months from now, you might find people around you saying things like “Never give up!”, “You can do it!”, “Get out of your comfort zone!”, and “When life gives you lemons…” Then you’ll start reading various career publications and subscribing to their social media outlets. There you’ll find iffy motivational quotes from Albert Einstein and Mark Twain. The message will start to become clear: if you’re not where you want to be right now, it’s completely your fault.

A healthy dose of motivational support is great, but when does it get to be too much? When do career publications and motivational speakers hit a point where they begin to disillusion applicants with their can-do attitude?

Statistics from the last two years show that youth unemployment isn’t as bad as we think it is—especially when compared to mature unemployment. In 2011, 46.8% of young people looking for a job found one in four weeks, but only 27% of mature searchers found a job in the same amount of time. The bigger problem, a CBC News article explains, is youth underemployment. Underemployment means having a part-time position when you need a full-time one, or being overqualified for the position you’re in. We’re all familiar with the story of the
U of T graduate who works a part-time retail job. A report by the Certified General Accountants Association of Canada says that youth underemployment has been static since 1990, even though today’s Canadian youth are generally more educated. The report goes on to talk about the adverse effects of underemployment (other than the obvious reduction in income): “loss of skills, knowledge, and abilities”, as well as “job dissatisfaction and emotional stress”. This, perhaps, is where all the demotivation stems from. And this is the place where hearing things like “Never give up!” makes you cringe.

But unemployment and underemployment statistics also tell us something else. They explain the drastic increase in career publications and career motivational speaking in the last few years. If everyone were satisfied with their work life, would there be a need for these outlets?

Fine, the job market sucks. So what’s new? What are we supposed to do? “Think positive!”, your family says. If you Google “positive thinking” and “success”, you’ll come up with at least three articles titled “Positive thinking—the key to success”. Google will also spit out a bunch of other articles like “Nine ways positive thinking leads to success”. Many Internet articles on success ask the reader to picture where they want to be—and this goes for any type of success. Job seekers picture their dream jobs. People looking to lose weight picture looking fabulous.

But a 2002 study led by psychologist Gabrielle Oettingen found that this kind of motivation may actually work against us. Oettingen asked a group of NYU students to record how much time they spent fantasizing about their future success. The scary result was that those who reported fantasizing more ended up with fewer offers and lower salaries. A similar study in 1999 used high grades instead of dream jobs and confirmed the same results: students who visualized their success more often studied less and did worse.

The problem with much of this motivational talk is that it put the onus on the job seeker—and on nothing and no one else. But telling young job seekers that they are where they are because they just didn’t try hard enough goes against even what many psychologists believe about personal beliefs and stress. Studies show that people who believe that they alone are in control of their future become much more stressed and much more likely to sabotage themselves by procrastinating and purposefully underperforming. On the other hand, those who believe that environmental factors affect their success tend to be more relaxed. They also tend to finish the projects they start and base their self-worth on other factors.

As with everything else, we know that environment plays a part. We know that the decrease in job satisfaction isn’t just in our heads.