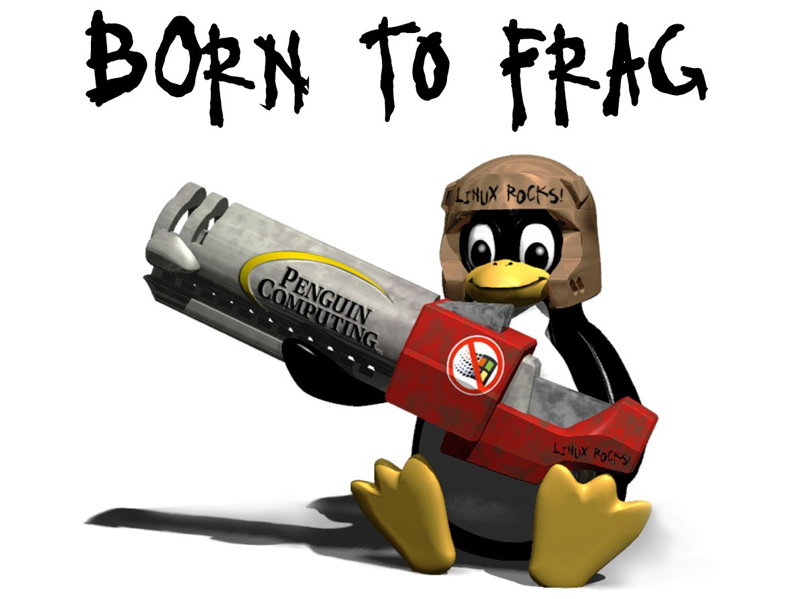 If you’re tired of kowtowing to Windows and can’t stomach Steve Job’s Apple empire, learning to use Linux may be the path to happiness for your PC.

Linux is a server operating system (OS), just like Mac or Windows. When Bill Gates started Microsoft, its flagship product was Windows, the operating system that all their other programs run on. Propelled by a successful marketing strategy (it’s Bill Gates, after all), Windows soon became the norm for the majority of PC users.Unix was an alternative; it was designed using a unique source code for client/server networks. Compared with Windows, it boasted better security, multi-tasking, collaboration, and sharing between workstations and desktops. Unix systems were deliberately priced higher than Macs to keep their users a minority.

After that, Andrew Tanenbaum, in response to Unix, created the OS “MINIX” as a purely educational tool to teach software developpers about operating systems. For this purpose, Tanenbaum made the source code available to all users of the system.

Linus Torvalds, a student using MINIX, dreamed of a free operating system for companies and professionals. Torvalds also had his eye on the GNU project, which is based on the free sharing of quality software. The combination of MINIX and the GNU project sparked the development of Linux.

Linux exemplifies the “free, open-source software” concept, and is built on Unix. This means that users enjoy the benefits of the security and networking of Unix alongside the free sharing of the source codes, applications, and programs. When users implement Linux, they are able to change it to their needs. All commercial and private users manage, contribute, and support Linux.

Linux is run like any other current server, though the implementation process differs from Windows and Mac. For example, the hierarchy of files works differently for security reasons. As a user you can organize your content through directories and file-exchange commands that you can learn once you implement the OS.

Linux software is provided in binary code and in source code. This allows the user to edit the code, modify it for personal needs, check if it’s working at its best performance, and understand how the software is working. Of course, the average user isn’t personally fiddling with that stuff, but using what other experts working with the OS have created.

Most software released for Linux nowadays doesn’t need separate installations; in fact, you can just click and run the programs. The most common software is the sort that supports users in everyday life, like OpenOffice, which is the open-source equivalent of Microsoft Office. Another example is Novell Evolution 2.0, which is a groupware suite for day-to-day activities, such as schedules, e-mail, calendars, address books, etc. GMP and Inkscape are the Linux equivalents of Adobe’s Photoshop and Illustrator respectively. There are also a variety of other programs used for watching TV, editing videos, or playing games, and much more.

The Gnome and KDE search tools are used to create files and directories. At the terminal, users use the different commands and codes to view contents, organize, move, rename, or delete files and directories. The method of conducting searches is different from the usual Windows method. For example, once you locate a file, you can’t just run it; you create a shortcut for it on the desktop and run it from there.

Another Linux consideration is the security of files. There are different commands used to set permissions, ownership, and group ownership of files. Linux has built-in security; there is a vastly smaller chance of viruses and system crashes, which means it’s reliable and safe.

Generally, a lot of users are hesitant to join Linux because of a natural resistance to change and the perception that it’s complex, driven by the unfamiliarity of the system. However, the process is not difficult or time-consuming. In my opinion, the benefits of Linux cancel out the difficulties of adoption. There are obviously preparations and guidelines to go through before installing the server. It’s crucial to learn the basics of Unix to make it easier to get around the OS. Based on a few online tutorials, websites, blogs, and books, I learned the basic rules and commands that are useful to new users. It would be silly to use this space to go through all the different commands and discuss the codes, but you can read the easy online tutorial for your first steps, found on linuxsurvival.com.

Once you’ve understood the basic commands and functions, you are ready to start Linux. One of the easiest ways to learn about Linux is to implement it. Linux is becoming more and more popular and it would be really interesting to look into it just to see what the fuss is about. From what I’ve learned so far about the Linux community and its uses and benefits, it’s definitely worth a try.