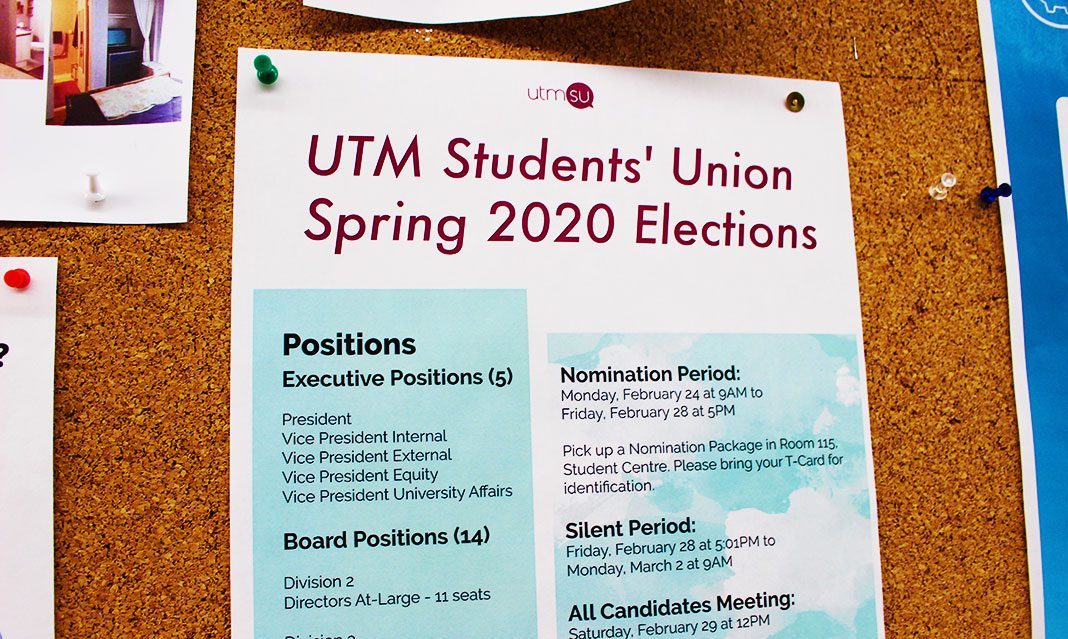 Since 2018, uncontested elections have been a recurring theme for the UTMSU.  In that year, the One UTM slate ran unopposed, garnering a turnout rate of about 13 per cent for the entire student population of 14,544 undergraduates. For the 2019 election, over half of the positions were uncontested, with only one slate in the race.

This lack of engagement is a fundamental problem for student politics at UTM. Not only do uncontested elections draw a low voter turnout, but they are inherently undemocratic. Competition is at the root of a strong, democratic election. It gives voters choice, holds politicians accountable, and keeps citizens engaged.

In 2018, the low voter turnout and lack of engagement could speak to the mindset of students. Put simply, students may believe the UTMSU is useless, or that that their vote won’t have an impact on the outcome, especially if one slate dominates the election process.

The culture around student politics needs to change. During the 2018 Annual General Meeting (AGM), UTMSU members were vocal in their opposition to an online voting system. However, given our status as a commuter campus, it would have been a step in the right direction and easy to implement.

There also needs for more diversity in the candidates that run. Over the past four years, the slates that have run have all shared similar platforms. Stagnant platforms and complacent executive teams have led to repetitive, unimaginative elections.

These elected positions are important, and UTM students deserve to have a choice in who fills these roles. In the coming weeks, we hope more students will run in the upcoming election, igniting competition among slates and interest among students.