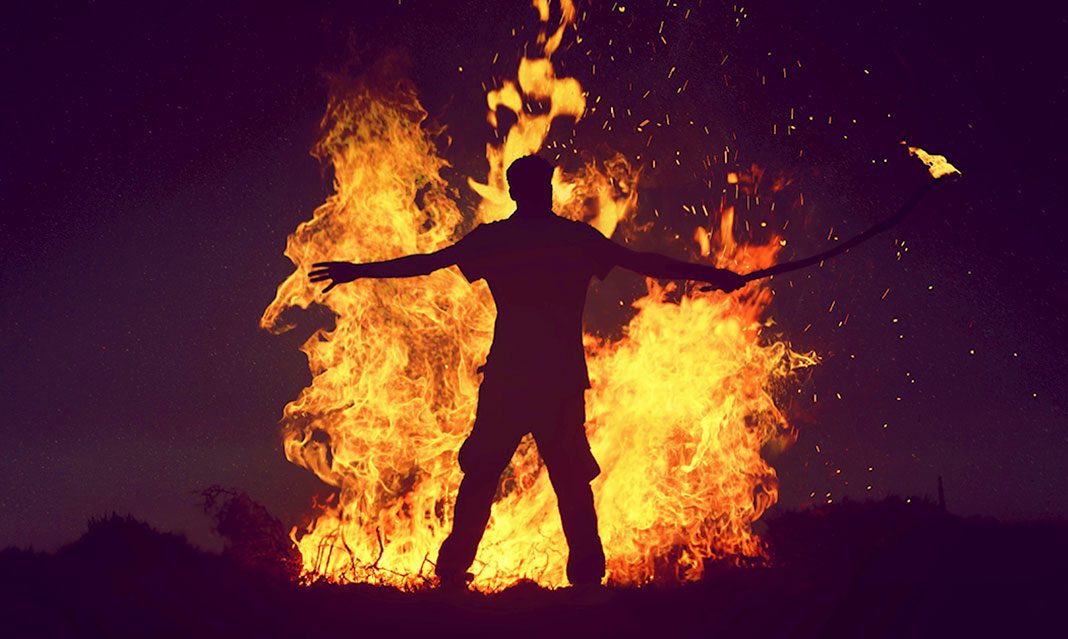 In the age of Trump and Brexit, and in a time when topics like immigration, religion, and personal ethics give rise to strong emotional reactions, conversations between ideological opponents have become exceedingly difficult, if not impossible. This polarization is also affecting our relationships—we trust our politicians, press, and even our friends and neighbours based more on their ideological alignments than we do based on their character.

This is a problem. Unfortunately, the only response we have been seeing to this problem so far is further division in the form of outrage—one side labels the other as ‘racists’ or ‘bigots,’ and the other side returns the favour with ‘snowflake’ or ‘commie.’ And it’s clearly not getting us anywhere.

If I may, I’d like to suggest four alternate steps that we can take to reverse the damage that we’ve caused, to start rebuilding the bridges we have burned, and to see each other for who we are as opposed to the parties and ideologies we vote for.

Deep in every one of us is a ‘tribe instinct’—the desire to belong to a group and stay loyal to it. Early in the history of our species, it was remarkably useful; it was an adaptation that guaranteed security, community, and even a new identity to the individual. And as time passed and we settled into cities and towns, the need for security and community diminished. But, the tribe instinct never went away; it stays with us today just with different names, like ‘conservative,’ ‘liberal,’ ‘religious,’ or ‘secular.’ And each tribe has a different thing that they hold to dearly as part of their identity—a certain temperament, a set of social preferences, a set of religious principles or rituals, etc.

But what does this have to do with solving the problem of polarization? Well, one can start by recognizing that one’s ideological opponents need not be individually demonized for the views they hold. They, just like you, are acting out in response to their tribal instinct. They are arguing in favour of views they hold dear, not because they want to be wrong (or are evil people, as you may think of them to be), but because those are views that define the group they have chosen as their own. And you are doing the same—the reason you dislike them is because you too are defending those views that define the group you identify with, the very views you see as being threatened by the opposing tribe.

And so, as soon as you recognize the tribe instinct, John the Conservative or Jane the Liberal will no longer be the devil incarnate in your mind. Rather, they’re just humans, doing what humans do best.

Recognizing the tribe instinct is an important step in the right direction, but it doesn’t take you far enough. Unless you familiarize yourself with what the other tribe believes, you’re in for what won’t be more than a shouting match.

Now, most of us assume we know what the other side believes, but more often than not, what we ‘know’ often happens to be a skewed, straw man version of what they actually believe as presented by sources within our tribe. Given the tribe instinct to prefer one’s in-group and remain skeptical of the out-group, this makes sense. Nevertheless, to be able to engage in meaningful conversation, we must broaden our horizons and figure out what the other side has to say about what they believe. More importantly, you will understand the reasons why they believe what they believe—an important step toward recognizing them as a conversation partner worthy of your respect.

Start off by reading the ‘big names’ on the other side. If you are a committed free-market capitalist, then you should give Marx and Engels a read. If you are a committed socialist, pick up a copy of something by Friedrich Hayek or Thomas Sowell. Bottom line—read widely, far outside the limits of your tribe. Who knows? You might even recognize blind spots in your own thinking and change your mind about a few things.

A further step toward recognizing a member of another tribe as a worthy conversation partner is empathizing with them as a fellow human being. When you think of a given person as ‘an advocate of libertarianism’ or ‘a supporter of the Democratic Party,’ you are associating who they are with what they believe. And by setting up your ideological differences as the focus of attention, you are also setting them up as individuals who are vastly different in every meaningful way. This is far from the case. In fact, you have much more in common with them than you think, and the way to recognize this is to humanize them.

Pick any one of your ideological opponents and think about everything you have in common with them. Perhaps both of you go to the same school—you have grades to worry about. Perhaps you are work colleagues—you have a family to feed and bills to pay. Both of you are living, breathing human beings, familiar with pleasure, failure, joy, and heartbreak. You share most, if not all, of the things that define your mundane existence with them. Why, then, would you view them as someone undeserving of the respect that you think you deserve?

While the previous three steps have focused on how to perceive your opponent, this next step involves knowing how to engage your opponent.

The worst way to engage an opponent is to attack a weakened form of the argument that they have just presented—a ‘straw man’ that you can knock down quite easily. In doing so, however, you haven’t really done any damage to the idea itself; at best, you have rhetorically deceived your audience into thinking that you have, which is no real victory at all.

How is this any useful? For one, it convinces your opponent that you are taking their view seriously, as opposed to brushing it off as one that can be easily knocked down. In addition, reframing their argument in its strongest form before attacking it makes it more likely that they will be persuaded by your argument, given that you have refuted a version of their view that was significantly better than the one they currently hold. And most importantly, it will ensure that the conversation remains civil and in good faith, as opposed to a shouting match filled with the misrepresentations and oversimplifications that are typical of modern political discourse.

These four steps might not be the solutions to all our conversational problems, but they are better than anything we are engaged in today.