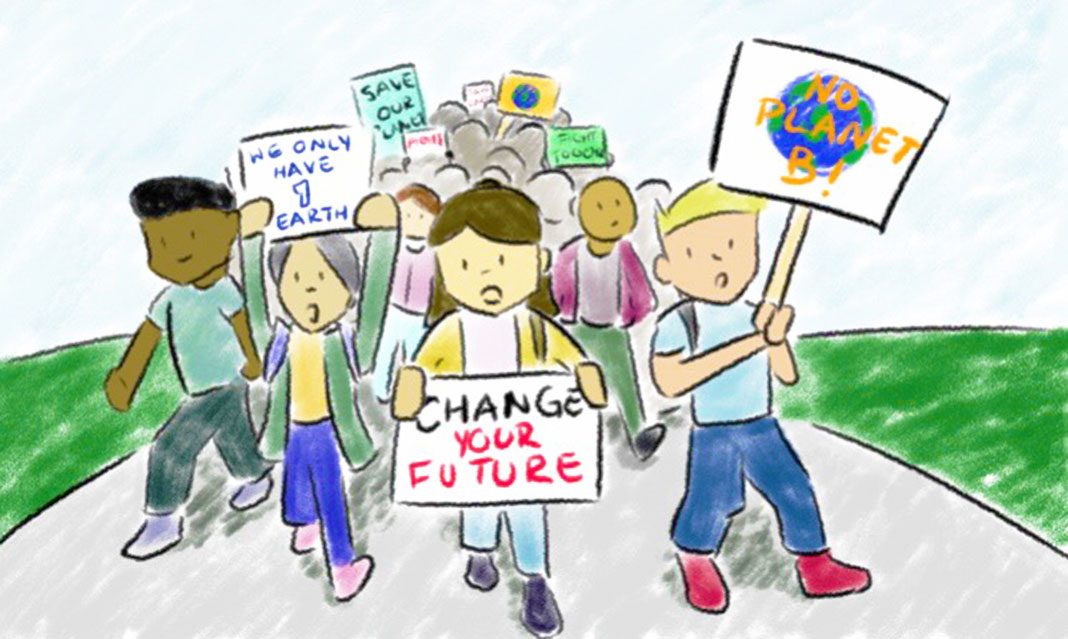 In the August of last year, a 15-year-old Greta Thunberg skipped school and decided to protest in front of the Swedish Parliament with her now-famous sign, “Skolstrejk för Klimatet” (School Strike for Climate). After her efforts went viral, groups all around the world started striking every Friday, with numbers increasing as the weeks passed. Last week, September 20 to 27 was declared the “Global Week for Future” and held the largest strikes for climate justice in history.

September 27, however, was the biggest day for Canada. Not only was Greta Thunberg taking part in the marches in Montreal but the number of people taking part in the strikes was astonishing. With numbers over 500,000 in Montreal, 80,000 in Vancouver, and 50,000 in Toronto it is impossible not to feel hopeful about the future.

In Toronto, different social and climate justice groups (i.e. Extinction Rebellion, Indigenous Climate Action, and Greenpeace) came together under the organization of Fridays for Future and marched to make their voices heard. From infants in strollers to the elderly, the diversity of the rally was like no other and offered a promising image of the next generation. Most of the signs made by the protesters had humorous slogans such as “Nooo don’t kill the earth it’s so sexy aha,” “Leonardo DiCaprio’s girlfriends deserve a future,” and “How will we throw shade if there are no trees.” However, one of the most common signs included the slogan, “Make Earth GRETA Again” and Greta Thunberg was also a common topic of discussion, having a sort of celebrity status amongst the young participants.

The rally was directed by volunteer Peacekeepers/Marshals who enlisted a few weeks before the rally to help organize and ensure the safety of the participants. From 7:00 a.m. to 8:00 p.m., marshals were present all-around Queen’s Park, easily identifiable due to their bright orange bike vests. With ages ranging from 19 to 63, these people worked for 13 hours with the hope that their time and labour would help make a change. However, before the rally and the chants began, an elderly man sauntered by the marshal stands holding up a sign that read, “climate change is not real, made up by communists.” He was met with laughs and a short applause for his effort. Unlike this lone warrior, everyone seemed to be passionate about the cause and even the occasional pedestrian walking by joined the chants—at least the ones they were able to make out.

With the increase in greenhouse gases, world population, and deforestation, our world is facing more and more drastic environmental changes every day. From extinction to extreme weather conditions, the consequences of climate change are disastrous.

It is crucial that people take part in rallies, marches, town hall meetings, and, most importantly, vote in favour of parties that have strong policies concerning climate justice. This is important for Canadians especially, not only because of the upcoming federal election but also because, according to Canada’s Changing Climate Report (CCCR), Canada is experiencing the effects of climate change at a rate two times the global average. Although we can’t escape climate change, we can alleviate its effects through legislative action, international agreements, and lifestyle changes.

That being said, to force the hands of legislators to make some changes towards climate justice, we need to make our voices heard through activities like rallies and protests. In the words of Greta Thunberg, we need to show them that “we are united and that we, young people, are unstoppable.”