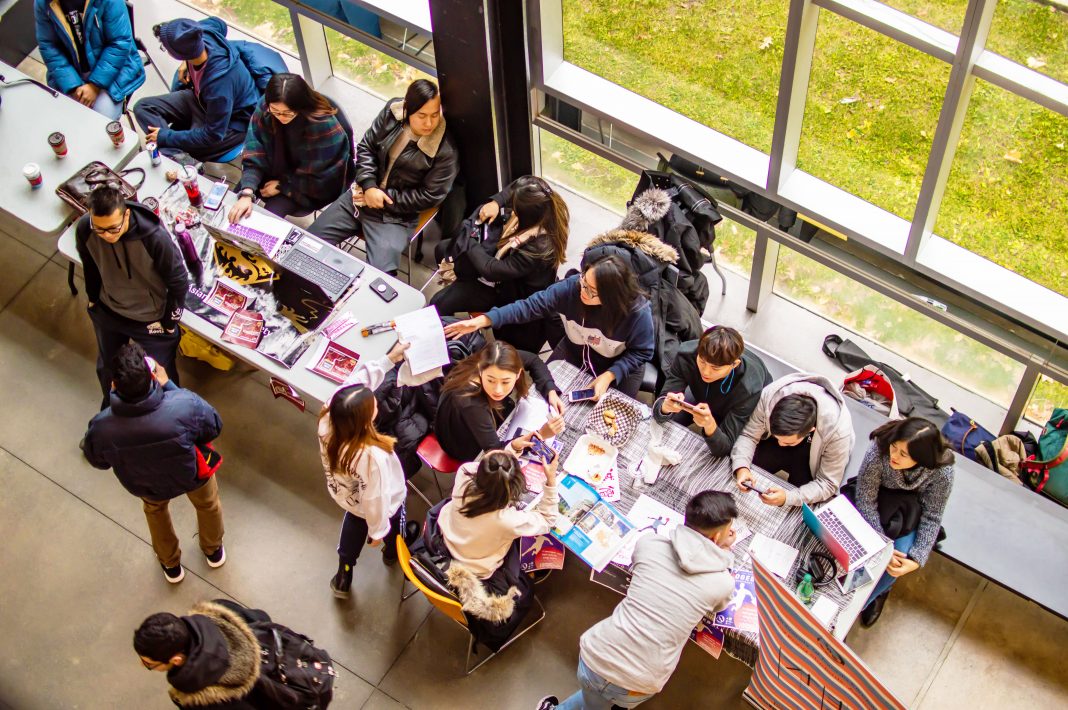 On January 17, 2019, the Ontario government introduced the Student Choice Initiative (SCI), a program that would make some previously mandatory fees optional. Most of these fees related to student groups on campus, and the announcement threw student leaders into a panic: after years of a steady source of income, student groups would now have to create a financial plan… and budget.

Student group executives feared that students would opt-out in droves, exercising their new-found freedom to choose. What student leaders forgot to account for, especially at UTM, was the spectre of apathy that has haunted our campus for years.

This is a general behavioural economic tendency: Spain’s national organ donor rate is the highest in the world, at 48 donors per million population (pmp). Spain has an opt-out donor system, meaning that people are presumed to consent to organ donation even if they have never registered as a donor. Compare this to Canada’s average (21.8 pmp), which uses the opt-in donor systems.

Compounding this sense of apathy is the “commuter campus” status UTM has created for itself over the years. Not many students live on campus, making it more difficult to build a sense of school spirit, or a “homey” atmosphere. Worse still, what student is comfortable partying, getting drunk, and then returning home inebriated to face their parents?

UTM’s demography also hinders its ability to create an engaged, enthusiastic student body. Many of the students that go to UTM are from traditional households and Eastern families. They are more sheltered, reserved, and withdrawn.

Just last week, the UTMSU’s Orientation was quite underwhelming to witness. On their Instagram story, the UTMSU posted a video of the Orientation leaders cheering and hyping each other up in the RAWC’s gym while first year students just sat on the bleachers, staring blankly ahead.

Adding to all this is the fact that the University of Toronto Mississauga is known to have a generally tense atmosphere, where students are chronically stressed.

But why should students care about the SCI in the first place? It wasn’t meant for the regular student.

The Conservative government advertised the SCI as something that would give college and university students the freedom to choose what they pay for as autonomous adults, but Doug Ford’s target audience was Conservatives that disliked left-leaning students’ unions. He even said so himself in the now-infamous fundraising email in which he accused students’ unions of getting up to “crazy Marxist nonsense.”

The email came on the tail of the SCI announcement as Ford tried to highlight his government’s decision to make some fees paid by Ontario college and university students optional instead of mandatory.

“Students were forced into unions and forced to pay for those unions,” Ford said in the email. “I think we all know what kind of crazy Marxist nonsense student unions get up to.”

If you have spent any time with Conservative students at UTM, you’ll find out very quickly how much they dislike the UTMSU, and why wouldn’t they? The UTMSU has a history of supporting Liberal causes like the “Fight for Fifteen” and Boycott, Divestment, and Sanctions (BDS) campaigns. UTMSU executives have gone on to work in the Canadian Federation of Students, an organization known to produce NDP candidates and bureaucrats.

The SCI was an easy way for Ford to build a rapport with his base, especially among young Conservatives.

If the Ontario government truly cared about student choice, then they would have worked to dismantle the bloated bureaucracy of the university. Students never got the choice to pay the $203.84 Recreation, Athletics & Wellness fee, or $81.73 for “Career Services.” The costliest fees are mandatory, while the fees of $0.50 are optional. The money students are saving is peanuts compared to the mandatory fees they are obligated to pay.

If the SCI offered to save students more money, they would become much more invested in opting out because they would have the financial incentive to do so. No one cares about having a choice if the outcome is insignificant.

If you want students to have a choice—if you really want them to be autonomous adults—then make all fees optional, not just the ones you dislike.