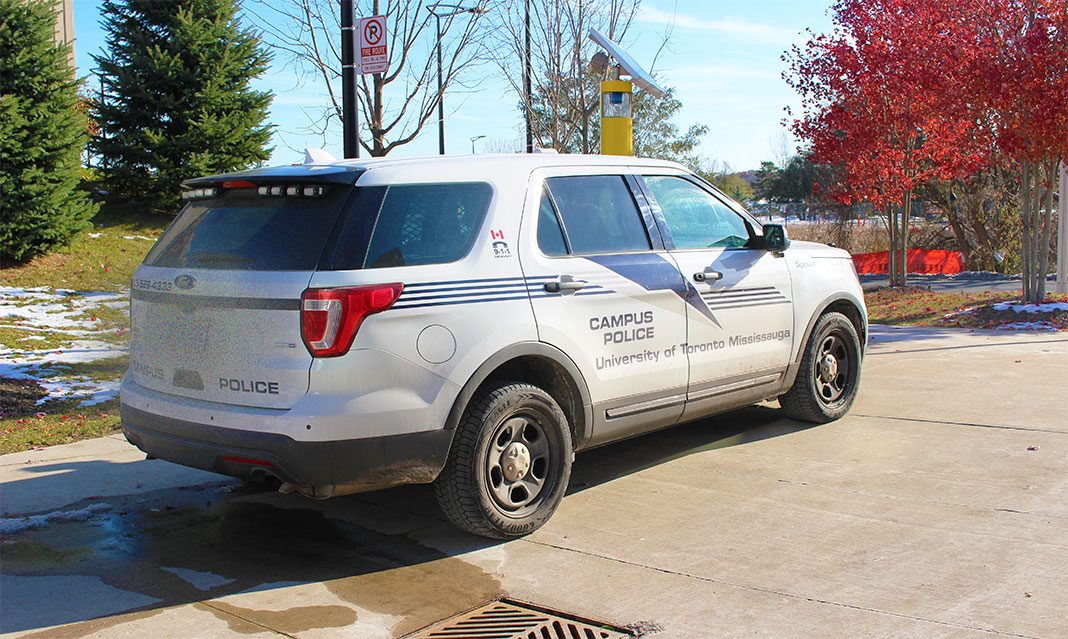 Last week, we broke a story on campus police handcuffing third-year UTM student Natalia Espinosa at the Health and Counseling Centre (HCC) after she expressed suicidal ideation. Espinosa took the initiative to seek professional help from counselors at the HCC but instead, she was confronted by two police officers who handcuffed her, lead her through campus, and escorted her to Credit Valley Hospital. In her interview with us, she described hyperventilating over the entire encounter to which the police officers were unresponsive. She insisted that she would “fully cooperate and that an arrest was not necessary,” but was told there was no alternative option and that handcuffing her was part of U of T protocol.

The protocol is based on the Ontario Mental Health Act, Section 17, which states that a “police officer may take the person in custody to an appropriate place for examination by a physician” if the person:

a. Has threatened or attempted to cause bodily harm to herself

c. Has shown a lack of competence to care for herself

Nowhere in the legislation does it authorize handcuffing the subject, especially if they are not causing harm to themselves or others, and if they are demonstrating a clear state of mind.

This is a matter of interpretation, and the campus police interpreting the law poorly.

On the one hand, the university staff were just doing their jobs and following protocol. On the other hand, the campus police should have exercised discretion when deciding to handcuff Espinosa. She told them it was unnecessary. They did it anyway.

When we questioned the director of campus police about the issue, he told us that campus police are “required to take mandated training every five years.” Let’s hope the next training session is soon, and that it is updated. Campus police should be able to de-escalate situations and calm distressed students.

Espinosa is not the only student this has happened to. After she came forth, other students came to us saying they had experienced the same thing.

According to Youth Mental Health Canada, in Canada, suicide accounts for 24 per cent of all deaths among 15-24-year-olds, and Canada’s youth suicide rate is the third highest in the industrialized world. This is a serious problem that needs to be dealt with carefully.

Although the stigma attached to mental illnesses has lessened in recent years, incidents like this do not help. Students struggling with suicidal ideation should not be afraid to ask for help.

If the university would like to put this issue behind them, they should focus on reforming protocol and police training. They must be mindful of the severity of mental health disorders and act with empathy.