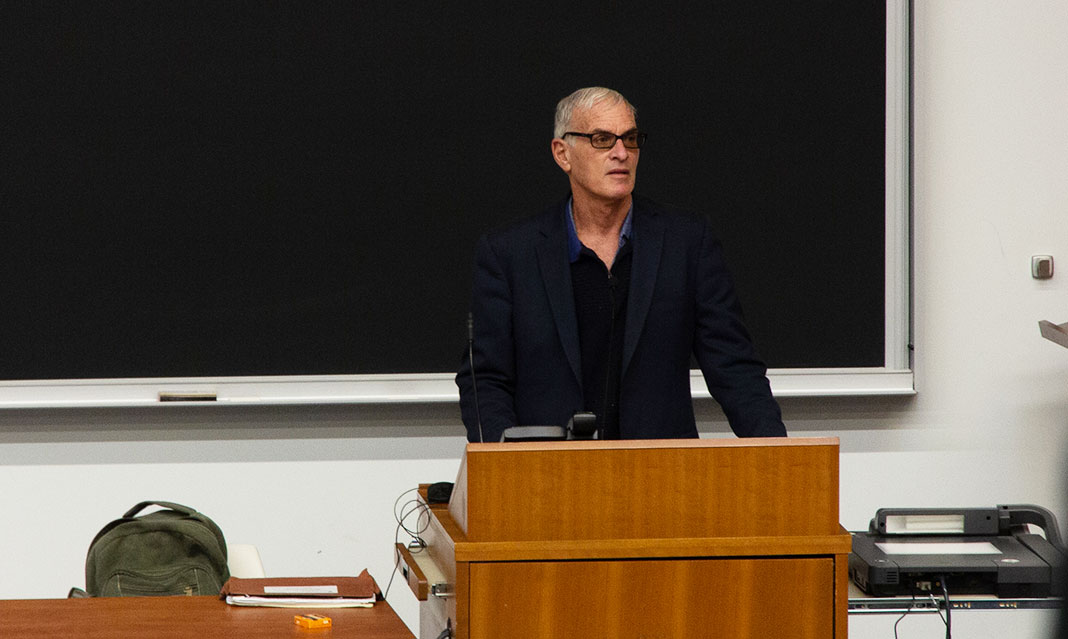 Open Letter to the UTM Community:

During this past week, university groups across the country mobilized against what they consider to be an ‘apartheid’ against the Palestinian people. We hold no issue with this endeavour. Though myself, and many of our members, disagree with their worldview, we would fight for their freedom to express it.

That being said, the Association of Palestinian Students (APS) hosted Norman Finkelstein this past Tuesday.  Norman is not a conventional speaker. He uses his Jewish identity as a shield for his anti-Semitic views and support for terrorist organizations. Ironically, he actively accuses Jews of using the Holocaust as a means by which to gain political and financial gain; deeming it the “Holocaust industry.” He even went as far as to say the terrorist group Hezbollah are fighting against Nazis (in reference to Israel) and declared, “we are all Hezbollah” at a rally.

Academia has rightfully thrown him aside, with DePaul University (a left-wing institution) denying him tenure and not renewing his contract. Academics, like Alan Dershowitz of Harvard publicly challenging his obscene conclusions.  Yet the APS still referred to him as “a political scientist” and claimed he “specializes in the Palestinian-Israeli conflict and the Holocaust.”

However, as stated at the beginning of this letter, they have every right to host him. Nonetheless, academic honesty is required.  Painting him as some run of the mill political scientist is a facade and misleads attendees into believing he is a legitimate voice in a highly contentious field.  The APS furthered the facade by attempting to have the Political Science and Pre-Law Association as well as the Robert Gillespie Academic Learning Centre co-host.  Both of which wisely pulled their names from the event upon realizing who the speaker was.

Events being hosted on campus, which claim to educate on controversial issues, surely will have some sort of bias.  However, admitting the bias is a crucial part of the process of learning and growing as intellectuals. The veil of objectivity, created by the APS, serves solely to weaken the discord around this issue on campus.

We wish to fight him and his anti-Semitic speech with more speech and we hope this letter serves to highlight the disingenuous event hosted by the APS.