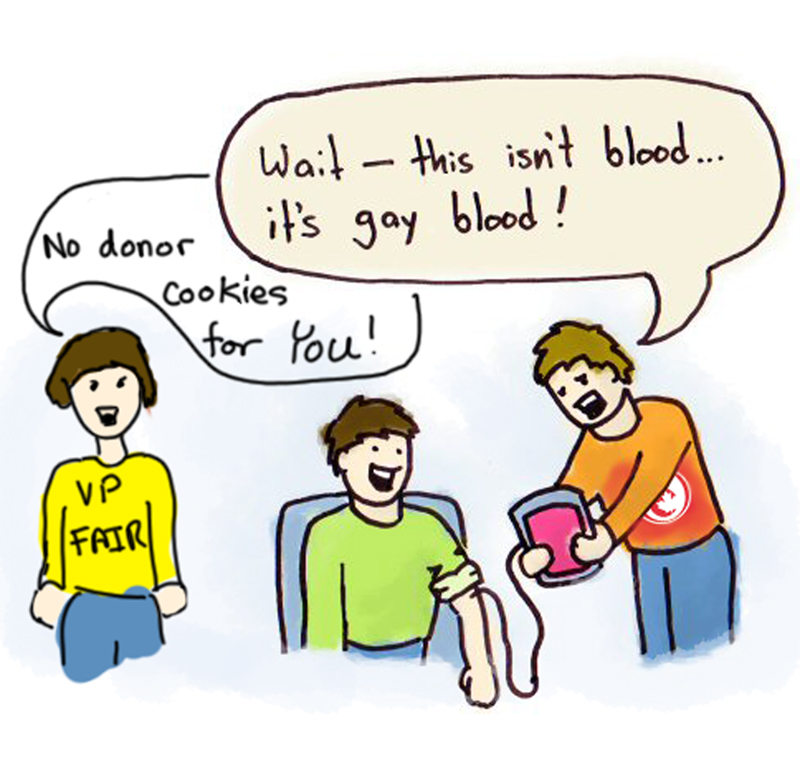 Last week, I wondered why no one from the student union spoke up about the homophobic graffiti written on a student’s residence room door. I found out from the president, Vickita Bhatt, that this was out of respect for the student’s wish for the campus to stop talking about the incident. Ms. Bhatt further stated that since the union’s mission statement says they’re here to “protect the individual rights of a student regardless of sex, sexual orientation…”, issuing a statement would be “against the student’s wish” and their stance is already stated in their mission statement.

Now, I completely sympathize with the victimized student in this situation. They are a victim of hate, discrimination, and bullying. I would not expect a student in that position to ask the campus—or the student union, for that matter—to stand up for them. It’s not the student’s fault that this happened and it’s not their fault that people, including The Medium, are talking about it. Remaining silent and letting a mission statement (which no one will ever see) speak for an organization that represents more than 11,000 students on campus is sad.

The recent tragedies of students who have committed suicide because of harassment from other students about their perceived sexual orientation have been very alarming. In the last month, four students from different age groups and places in America have been tormented to the point that they took their own life. Tyler Clementi (18), Seth Walsh (13), Asher Brown (13), and Billy Lucas (15), were all victims of homophobic bullying. And those are just the ones that stated the cause. How many more deaths will it take for institutions and leaders to make this a priority?

Institutions need to speak up and take real action to end systematic homophobia. At our campus, allowing a mission statement to speak for itself is a very passive and disappointing choice of action—or non–action, depending on how you look at it.

In the same week of two of these suicides, I was frustrated to see that UTMSU invited the Canadian Blood Services on campus. The CBS are here every year, and there has been debate on whether they should be here when their policies do not allow MSM donors (see the front page of this week’s paper). I felt it was even worse to do this when the media is reporting on male students who committed suicide over homophobic harassment. The CBS polices are outdated and in need of serious review.

Kumari Giles, VP Equity of UTMSU, states in the news article that the policies of the CBS are examples of how homophobia is “systematically enforced and perpetuated”. Instead of disallowing CBS on campus, Ms. Giles’ justification for bringing the donor clinic back was “to allow more lives to be saved”. Yes, maybe saving some lives is better than none. But what about the four young boys who took their own life because of discrimination? How many other lives could have been saved in the last month, if more people took action against homophobia?