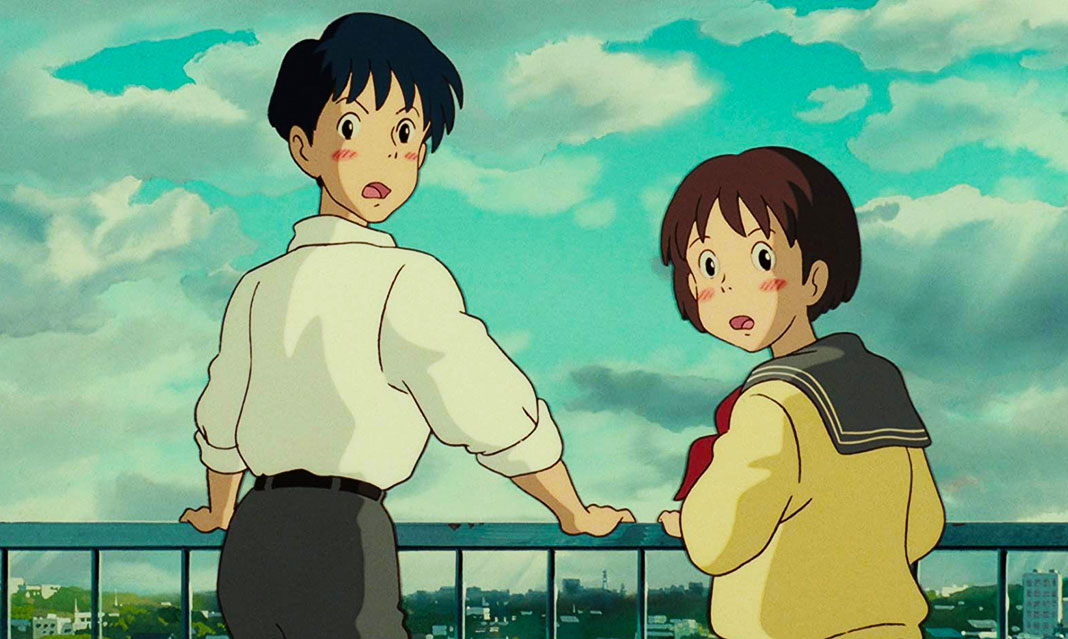 Many people know of classic Studio Ghibli films such as My Neighbor Totoro, Howl’s Moving Castle, and Spirited Away, but few are aware of the lesser known gem called Whisper of the Heart. Released in 1995, Whisper of the Heart is a film directed by Yoshifumi Kondō and written by acclaimed Japanese writer and animator Hayao Miyazaki. It was the highest-grossing domestic film in Japan in 1995, earning ¥1.85 billion, and holds a 91% approval rating on Rotten Tomatoes. The film follows the protagonist, Shizuku Tsukishima, in a coming-of-age story as she navigates through family, friendships, writerly passions, and first instances of love.

The film opens to Olivia Newton-John’s rendition of “Take Me Home, Country Roads,” a popular 70’s song by American singer-songwriter John Denver. Shizuku pens a parody to the song and titles it “Concrete Road,” a reflection on her life in Tokyo. Shizuku lives in a cozy apartment with her parents and older sister. She helps out with chores whenever she isn’t busy devouring books and dreaming about becoming a writer. While on her way to the library during the summer before junior high school, Shizuku encounters a cat riding the subway alone. She follows the cat to an antique shop in an affluent neighborhood. In the shop, she sees the figurine of a humanoid cat named The Baron, dressed in a suit and a top-hat. The antique shop’s owner, Shiro Nishi, has a grandson named Seiji, who goes to the same school as Shizuku. The two soon develop a friendship.

Not long after their friendship commences, Seiji announces his two-month departure to Cremona, Italy, where he would become an apprentice violin-maker, a profession he is passionate about. Shizuku finds herself wanting to pursue a goal as well. She endeavors to write a novel in two months, with The Baron as her subject. Engulfed in imagination and the realm of words, Shizuku neglects her studies, much to the dismay of her family. At the end of the two-month period, Nishi reads Shizuku’s manuscript and commends her. He advises her on how the manuscript is similar to a diamond in the rough, one that would shine with thorough polishing.

Shizuku makes up her mind to study hard, go to high school, and continue pursuing her dream of becoming a writer. Seiji returns, informing Shizuku that he would spend high school with her before seriously pursuing violin-making in Cremona. The two set off together on a bicycle to catch the sunrise. They profess their love for each other as the sun rises, endless possibilities looming on the horizon.

Whisper of the Heart is a sweet, heartwarming story about goals, passion, friendship, and love. It promotes the importance of direction, of the different paths that people choose to embark upon, while maintaining relationships, new and old. While it does not confirm a happy future, it hints at one. It is uplifting, full of colour, vigour, and infinite imagination. The film ends with a Japanese version of “Country Roads,” sung by Shizuku’s voice actress, Yoko Honna. A spin-off to the film, The Cat Returns, was released in 2002.