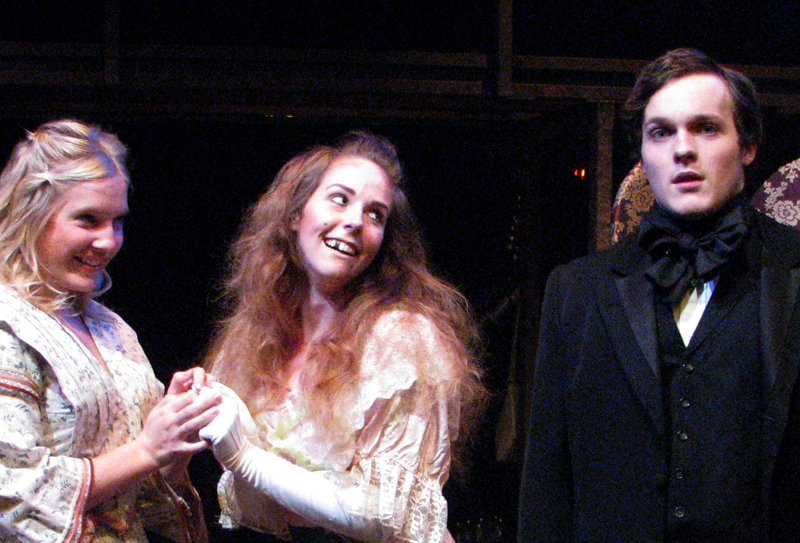 Theatre Erindale is back in full swing, kicking off their “The Power of  Performance” season with a brilliant production of the play The Life and Adventures of Nicholas Nickleby Part 1. The famous novel by Charles Dickens, adapted for the stage by British  dramatist David Edgar, is a classic that helped solidify his reputation as one of the greatest storytellers of all time. Edgar’s adaptation, which was first performed in the 1980s, brought the magic and timeless nature of this story to life. This  production was directed by the skilled Peter Van Wart with assistance from Kevin Bowers, who bring their own fresh and innovative take to an already enduring classic. The material is superb in content and style, full of incredible dialogue, diction, and mischief that engage the audience with jests and sophistication. It represents the classic  Dickens story: the unexpectedly humorous side of 19th-century industrial Britain where social injustice and massive inequality were commonplace. It’s through the protagonist Nicholas Nickleby that we experience the satirical and ridiculous nature of hardship and society.

The story centres on the eponymous Nicholas Nickleby (Chris White), whose father has just been pronounced dead—supposedly of a “broken heart”. Nickleby is now responsible for the welfare of his family—his loving mother (Kylah Thomson) and bookish sister (Alison Blair)—and they travel to London to meet their Uncle Ralph (Jack Morton). Ralph is a greedy and opportunistic businessman who acts as a sensational antagonist to the humanist Nicholas, who is always trying his best to do the right thing. He is pressured into taking a job offered by his nefarious uncle in order to support himself and his family, and this employment sets him on a journey that drives him into various interesting predicaments. The show is a classic British comedy, filled with a robust accent and custom that enhance the rich text and consistent character development.

This production is flawless in terms of collaborative execution and organization. The complex story and intricate design and  details are handled with care and precision. The technical aspects are sublime as well; the lighting complements the actors and scenes well, giving them new life and shades appropriate to the mood. A heavy use of music, which was unexpected, helped create an ambience that paid off grandly at the end. The set was designed in for all three dimensions, including multi-level platforms, in the spirit of a half-globe theatre. The set was ostensibly a very functional and creative place for the actors to play, and it gave the audience a different perspective than a traditional setup would have. All of the above was held together by a solid stage management, precise in its control of  every aspect of the piece.

The energy of the cast was sensational: it filled the room with inspiration and helped the audience connect to the story even better. White portrayed the protagonist strikingly, bringing out his humanity and making him relatable to the audience.  He mastered the diction and phrasing well and delivered some startling passages at an impressive pace. Nicholas Marinelli also gave an outstanding performance as the evil Wackford Squeers, the headmaster of an  absolutely brutal boarding school. In one notable scene the two characters argue violently over the beating of a defenceless young boy, and there’s a lot of great movement around the stage.