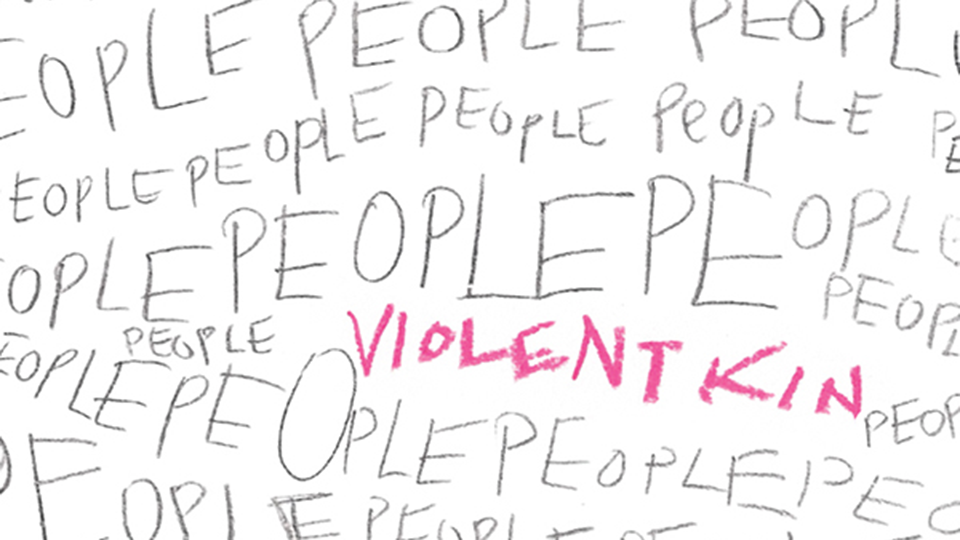 People (2011) is the sophomore album from Saskatoon sibling duo Violent Kin, on which they try to arrange a three-way marriage between the techno synth sound of the 80s, old-school electric guitar and drums, and modern-day computer “glitch” music. It has a minimalistic cover with the title of the record sporadically scribbled in grey crayon and the name of the band once in pink. But it falls far short of coming together as a unified album.

The futuristic opening track “Law of Attraction” fails to accurately set the tone and style of the album. The listener expects something similarly mathematical after that first track, but the rigid and robotic instrumentals don’t reappear on the 13-track record until another song near the end. The rest of the album abounds with noisy drums and electric guitar, but even then the sound isn’t quite consistent. As the album progresses, it struggles to stick to a single genre and jumps back and forth between an alternative pop-rock and a synth-pop vibe.

The one gem on the record that resonated with me the most, “Golden Age”, features a totally unexpected and dreamy guitar and drum solo that works surprisingly well with the quasi-shoegaze sound that the track eventually develops.

People attempts to be the jack of all trades and masters none. Each song seems to have a genre of its own, and they don’t come together to form a record that flows. There are a couple of tracks that shine that I may even listen to again, but unfortunately they do little to save the record from the mishmash of noise that it is.