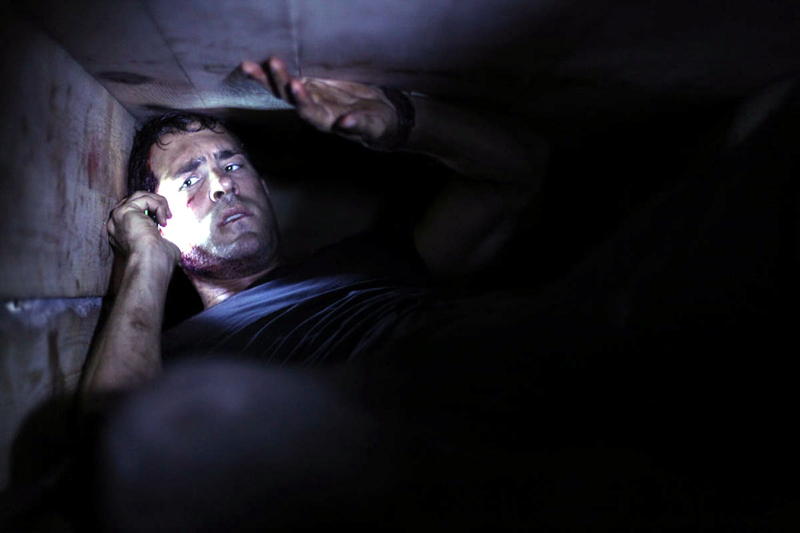 Every September, the buzz surrounding the Toronto International Film Festival reaches new heights. With eager moviegoers lined up for days to get a crack at the year’s most critically-acclaimed films and a celebrity list as long and dazzling as the red carpet itself, 2010 looks like one of the most anticipated years yet. The calibre of films is at an all-time high, and there are (quite literally) too many films and too little time in the festival’s mere two-week spectacle.

★ indicates Premium Screening, in which the director and cast are in attendance for the red carpet premiere.

GALA PRESENTATIONS are films that garner the most festival buzz.
We recommend:

Darren Aronofsky’s films may be few and far between, but he makes sure they leave a long-lasting impact. Director of Requiem for a Dream (2000) and The Wrestler (2008) which both received enormous praise, Aronofsky’s latest film could round out this cinematic tripleheader as his best work yet, following Black Swan’s premiere at the Venice Film Festival early last week.

Critics were raving about this psychological thriller in which a New York City ballerina named Nina (Natalie Portman) is cast in the classic stage performance of Swan Lake, and must portray both the pure and delicate White Swan and the dark and sensual Black Swan. However, she lacks the forceful nature necessary to fulfill the character’s duality and soon meets a new dancer (Mila Kunis) who is everything she isn’t.

Nina is soon beckoned into a world of pleasure and dissipation that closely recalls the overindulgent and dangerous transformation of the eponymous character in The Picture of Dorian Gray.

It’s been a while since a good “cops ’n’ robbers” flick came out of Hollywood. After directing 2007’s Gone Baby Gone, Ben Affleck follows up with another crime drama in which he also plays Doug MacRay, the leader of group of bank robbers running amok in a Boston suburb. When one of their heists goes awry with a potential witness turned love interest, MacRay must decide whether to honour his friendship and familial ties with the guys or to pursue his blossoming relationship with the woman he loves.

Jon Hamm is also in the mix as an FBI agent tracking his every move, which makes this film even more promising.

Trust
★ Friday, Sept. 10 @ 9:30 p.m. at Roy Thomson Hall; Saturday, Sept. 11 @ 11a.m. at VISA Screening Room (Elgin); Sunday, Sept. 19 @ 9 p.m. at TIFF Bell LightBox 1.
Directed by David Schwimmer (aka Ross Geller), Trust is an intense drama that begins with an ordinary family living a pleasant life in a quiet little neighbourhood, until the daughter begins chatting with a new friend online. She arranges to meet the cute, 16-year-old Charlie, only to find out that he is in fact a 40-year-old pedophile. The girl’s parents (Clive Owen and Catherine Keener) are foever scarred by her traumatic encounter, and her father will not rest until he finds the man that raped  his little girl.

Last Night
★ Saturday, Sept. 18 @ 6 p.m. at VISA Screening Room (Elgin); ★ Saturday, Sept. 18 @ 8 p.m. at Roy Thomson Hall.
In her second film premiere at this year’s TIFF, Keira Knightley plays Joanne, the young and attractive wife of the good-looking and successful Michael (Sam Worthington) who enjoys her perfect marriage and glamorous life in Manhattan. Yet when Joanne accompanies Michael to one of his work parties, she notices an encounter between her husband and a stunning coworker (Eva Mendes) which makes her a little anxious. Joanne becomes paranoid that her husband might be cheating on her, but she soon finds herself in a similar situation when she bumps into her ex (Guillaume Canet).

With such a pretty cast, you can bet the chemistry won’t be lacking—it will be oozing from the screen.

Tip: Though tickets to Gala events usually sell out quickly, we recommend joining the “Rush” line the day of the screening, as a number of tickets are likely to surface just hours before the screening.

SPECIAL PRESENTATIONS feature movies by some of the industry’s most popular directors. Check out:

What’s not to love about Will Ferrell? He stars in this comedic, yet dark film about a man who gets fired from his job, and is thrown out by his wife, along with all of his possessions.

Not to be defeated—after all, he’s a motivational speaker—he decides to hold continuous garage sales to make some sort of living, as he tries to rebuild his disheveled life. Though not as wild and crazy as some of his other characters, Ferrell is sure to bring the laughs while pulling at your hearstrings.

Your typical quirky Woody Allen comedy, You Will Meet a Tall Dark Stranger follows the lives of several couples on the rocks, with the men
lusting after much younger women.

Allen takes a break from the New York scene and sets the film in London, where he recruited the talents of Anthony Hopkins, Antonio Banderas, Naomi Watts, Josh Brolin, and Frieda Pinto to build a stellar and surprisingly entertaining cast, many of whom are better known for their dramatic roles.

Buried lets us get up close and personal with Ryan Reynolds, who plays a truck driver that wakes up to find himself trapped in a coffin, buried alive.

The entire movie revolves around Reynolds’ attempted escape from his death-box (all he has is a lighter and his slowly dying cellphone) and
takes claustrophobia to an entirely new level.

The movie’s praise is for director Rodrigo Cortés’s ability to masterfully shoot the entire film in one confined location as one continuous
scene, using different lighting techniques and various angles to immerse the audience in 360 degrees of confinement, all the while keeping us on our toes.

Another movie about a guy getting stuck in something, 127 Hours is a true story about a mountain climber (James Franco) who falls into a canyon and is trapped in the rocky crevice for over five days, or 127 hours. This inspirational tale of survival has been called Danny Boyle’s best work yet, and rumours are already surfacing that James Franco might receive an Oscar nomination for his performance.

Also featured in this category is Casey Affleck’s documentary I’m Still Here, which follows the questionable new hip-hop career of Joaquin Phoenix. We’ll let you decide on this one.

Whether you snag tickets to a red carpet premiere or just manage to check out a regular screening, all student tickets are only about $20. You might think that’s quite a lot compared to the usual movie theatre prices, but compare it to an adult gala premiere ticket at a staggering price of $43. Students get it good, so take advantage of it!

Be sure to grab your copy of The Medium for the next two weeks for complete festival coverage.