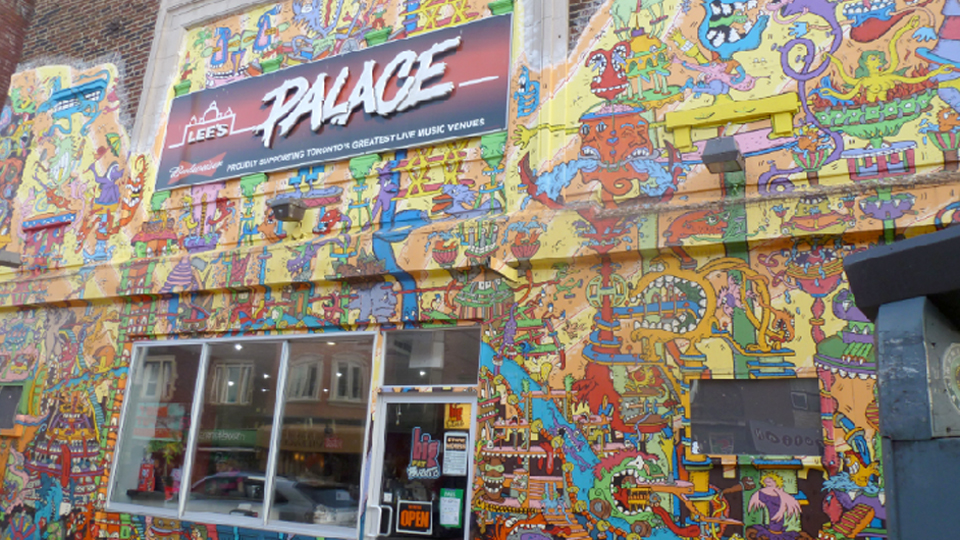 Spring is finally showing tentative signs of still being a thing that happens, which means the summer concert season is just around the corner. While by no means an exhaustive guide, here’s a look at some of the best (and worst) spots for catching live music in the city.

Originally conceived as a vaudeville theatre in 1913, the Winter Garden Theatre shares a building with the Elgin, existing together as rare “stacked” theatres. The inside of the Winter Garden features striking hand-painted murals and a ceiling completely covered in lanterns and preserved leaves. It’s undoubtedly an atmospheric and slightly eerie concert setting. (When I saw Ryan Adams perform there, he affectionately referred to our surroundings as “the creepy Indiana Jones theatre”.)

Just getting to the Sound Academy is an ordeal. Located way out on the Polson pier, it’s seemingly in the middle of nowhere, and the transit options leave much to be desired. (Driving is feasible, but have fun waiting upwards of half an hour just to exit the sole nearby parking lot after the show.) Despite being a pain to get to, the Sound Academy’s roster is undeniably impressive. It’s a mid-sized venue, so you can see acts that are right on the brink of becoming huge. It can also be a good place to catch buzz bands that are just past their prime, such as the Killers and MGMT.

Sure, most of the big outdoor summer concerts in Toronto take place at the Molson Amphitheatre or Echo Beach. But if you’re looking for something a little more low-key and a lot less expensive, check out the lineup of free summer concerts held annually at the CNE Bandshell during the Ex’s two-week run at the end of August. Some of the notable past performers are the Arkells, Tokyo Police Club, Walk Off the Earth, and the New Pornographers.

Lee’s Palace, which opened its doors in 1985, hosted a who’s-who of the biggest names in alt rock during the ’90s, including the Smashing Pumpkins, Elliott Smith, Oasis, and a pre-Nevermind Nirvana. Its distinctive, comic book–inspired exterior has made it a landmark, and it was even featured in the Toronto-set Scott Pilgrim vs. the World. It’s a bit divey, but then again, that’s part of its charm.

WORTH THE TREK
THE OPERA HOUSE

Located in Leslieville, the Opera House is a little bit far for those coming in from the west end, but at least transit’s convenient. Originally built as a vaudeville theatre in 1909, the Opera House was later converted to a movie theatre, and a few of the old projectors can still be spotted up in the balcony. It’s a place with some history, and the charming original architecture, logical layout, and intimate feel make it one of the better small venues in the city.