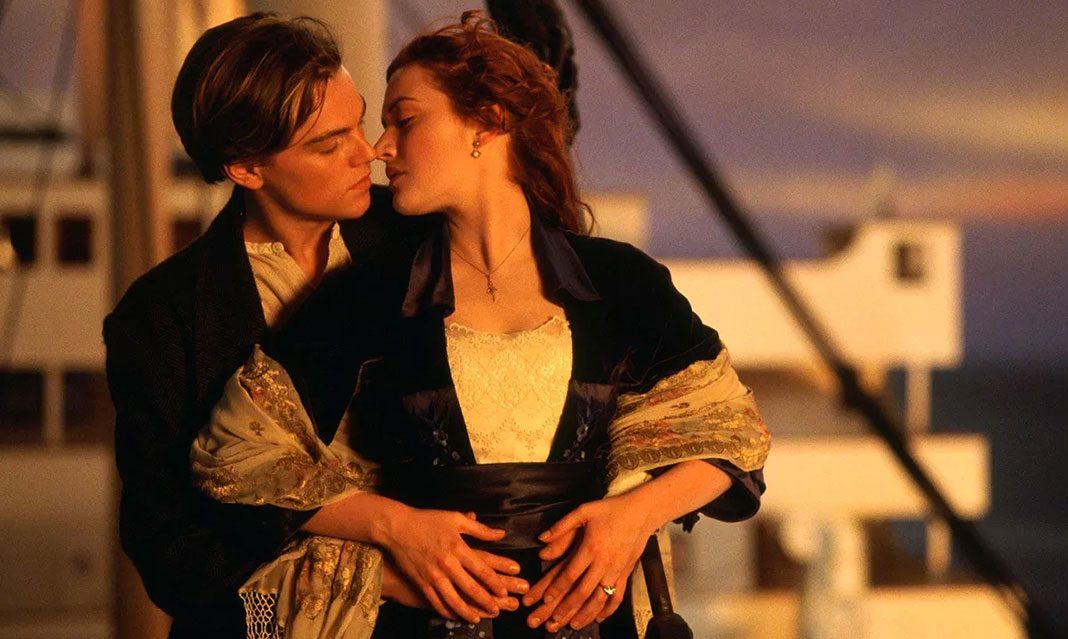 The first time I saw Titanic, I was 17 years old and decided it was time to give in to all the hype. Always one to treasure latest crazes and fads, it was admittedly strange that I hadn’t watched the movie up until this point. When the movie was re-released in 2012—this time in 3D—I decided to spend a night watching this emotionally-charged film.

Titanic was originally released in 1997 and grossed a massive $3.4 billion at the box office, in DVD sales, and rentals. It tells the story of Rose DeWitt Bukater (Kate Winslet), a young aristocrat boarding the infamous ship Titanic, with her mother and fiancé Cal, to get to Philadelphia. On the way, she meets rugged Jack Dawson (Leonardo DiCaprio), whose sweetness contrasts with her fiancé’s obtuseness. When the Titanic hits an iceberg, puncturing a hole in the ship, Rose and Jack’s budding romance is analogous to the ship’s inevitable demise.

In a nutshell, the film is thrillingly painful—the sorrow you feel as you watch the star-crossed lovers’ romance unfold is sure to keep you re-watching the tragic tale. It’s like listening to sad music when you feel down.

Jack’s character is like a lost little boy who knows where he’s going. He’s the starving artist type and is swoon-worthy, especially when he knows how to get a girl, like Rose, out of the dumps.

What causes tension for Rose and Jack is Rose’s courtship to Cal. Her courtship is economically and socially sensible. At 17 years old, her mother Ruth pushed her to marry Cal. Cal’s family maintains good finances and a steady lifestyle. Since Rose’s father lost everything due to gambling, Rose explored a practical and convenient option for her case—she married for money.

The film is based on the actual ship, hence the name Titanic, but, in reality, the focus is on Rose and Jack’s love story. We have to be swept into Jack’s fleeting sense of adventure and the way it rejuvenates Rose for the movie to make any decent sense. There’s no room for other characters, other beings, or even emotional investment into the Titanic itself.

One scene that struck out was when Rose and Jack are in the middle of the North Atlantic. Rose survives because Jack lets her rest on a wooden float of what used to be a door on the ship. All the while, Jack is submerged in the water and slowly lets hypothermia weaken his body. However, what puzzles me is that even though he tells Rose to never let go, I wonder why he did not hang up there with her all along.