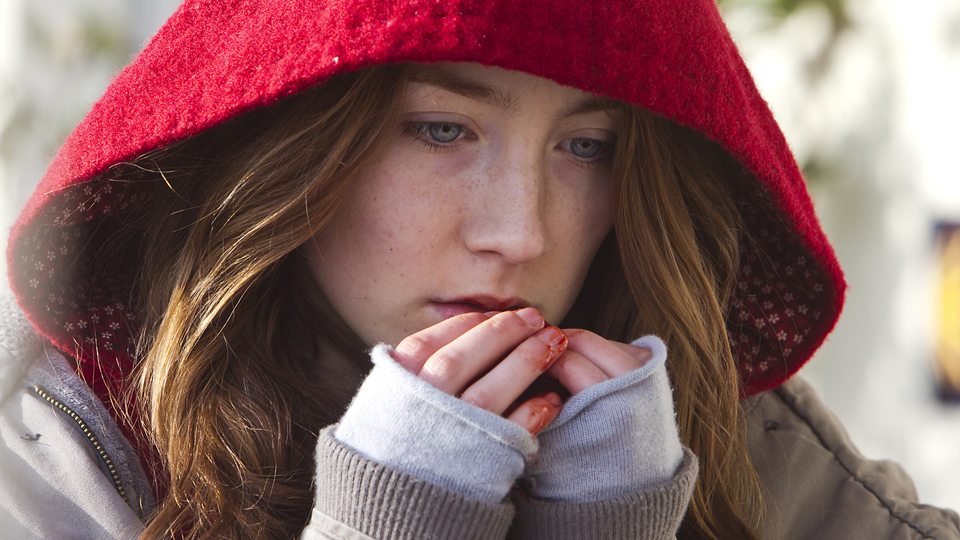 Director Ramin Bahrani made waves in the indie film world with his first three projects: Man Push Cart, Chop Shop, and Goodbye Solo. Now, he takes a significant step towards the mainstream with his latest drama, At Any Price. Starring Zac Efron and Dennis Quaid, the film revolves around a family with a long past in the farming industry and the strains they face when their youngest son, Dean (Efron), rejects the life set out for him to pursue racecar driving.

However, rather than offering a nuanced vision or true insight into the “American Dream”, the film instead settles for hammy, contrived plot twists and a weak script. A lot of the dialogue lands with a resounding thud, and it seems to impede the actors’ performances. To be fair, Efron shows a new maturity here and actually turns in his best performance to date. Newcomer Maika Monroe is also charming as Dean’s girlfriend. Even in the bogged-down melodrama that surrounds her character, Monroe is refreshing and vibrant. However, the usually reliable Quaid struggles to find a suitable tone for the brash father character, and ends up delivering a distractingly stilted performance for most of the film.

Visually, At Any Price is appealling. Bahrani captures a languid tone that suits the Midwestern setting well. And he effectively conveys the sense of quiet urgency and heartbreak that several characters experience. But he also seems to be reaching for a profundity that the film’s script prevents him from even approaching. At Any Price has its moments, but ultimately, it’s too cheesy and forgettable to make much of an impact. MM½

Smashed tells the low-key but compelling story of a elementary school teacher named Kate (played by Mary Elizabeth Winstead) who realizes she has a drinking problem and begins to take steps towards finding help. It may sound like a hackneyed storyline, but Smashed succeeds by rejecting the histrionics that often come along with films of that type.

Kate is a well-rounded character, and writer/director James Pondsoldt never allows her to be defined by her addiction. While the film doesn’t extensively delve into her past or how she became an alcoholic, you feel like you understand Kate perfectly. Pondsoldt does a fantastic job of highlighting her considerable flaws (sometimes in cringe-inducing, embarrassing ways) while still making her a character that’s easy to empathize with.

Winstead also contributes greatly to the film’s success by delivering a touching, funny, and achingly natural performance as a woman whose stability has slipped away from her. It’s a star-making turn from Winstead, who was previously best known for roles in Scott Pilgrim vs. the World and a slew of horror movies. And though he takes a backseat to Winstead in terms of screen time, Aaron Paul (Breaking Bad) is very vulnerable here as Kate’s husband, and he especially shines in some of the film’s later scenes.

It should also be said that Smashed has a lot more humour than its premise would suggest. Pondsoldt and the actors never trivialize addiction, but they do offer some much-needed levity. Just as in real life, there is humour in some of the film’s darkest moments, and Smashed feels all the more rewarding because of it. MMMM
Byzantium

In a lot of aspects, Byzantium is the fun vampire movie audiences have come to expect. But it also offers innovative visuals, an artful tone, and some surprisingly effective social commentary. The modern-day story revolves around a mother-daughter duo of vampires, Clara (Gemma Arterton, Prince of Persia) and Eleanor (Saoirse Ronan, Atonement). In order to keep their identities hidden, they live a nomadic life. But when they meet some people who jeopardize their safety, the two women are forced to fight back.

The film’s “camp meets art house” vibe goes down surprisingly smoothly. And while there may be a few too many flashbacks of Clara and Eleanor’s past, the two-hour running time generally flies by. Partly, this is thanks to Arterton’s and Ronan’s performances. Their characters may be polar opposites, but the actresses have great chemistry, and they play off their differences perfectly.

Neil Jordan presents a stylized, gleefully gory vampire flick, which shouldn’t be too surprising, considering he also directed Interview with the Vampire. What is a bit more surprising, though, is the film’s focus on females. Sexual politics and predation play an important role in the story, and the film takes on a somewhat feminist tone. Unlike Twilight, the protagonists don’t wait around to be saved. They’re just as deadly as anyone. MMM ½