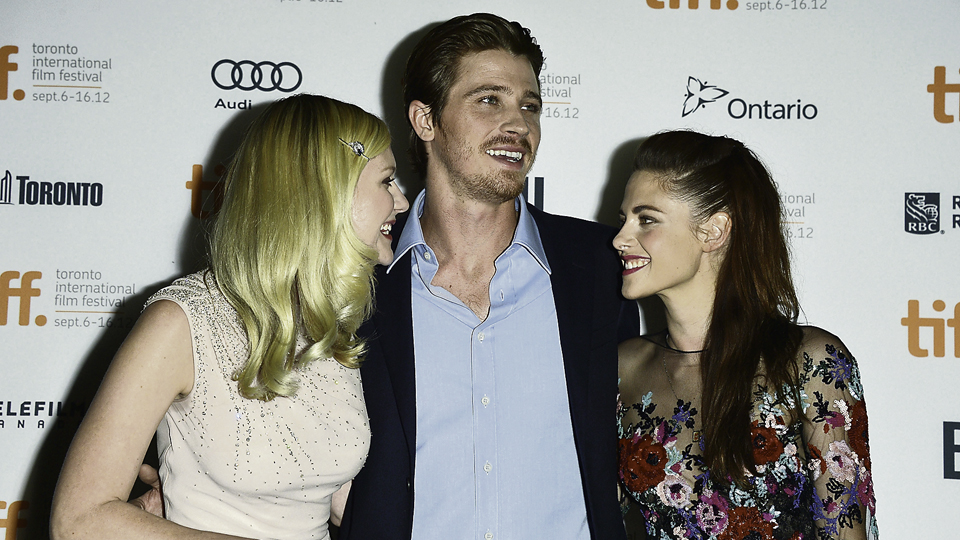 With the Toronto International Film Festival kicking off this past Friday, critics and film fans alike descended on the city to catch the newest cinematic offerings from around the world. Meanwhile, stars such as Ryan Gosling, James Franco, and Kristen Stewart arrived in Toronto over the weekend to promote their latest projects at the festival. Here are a few of the festival’s many offerings that The Medium caught up with during the festival’s first weekend.

One of the more surprising titles on the TIFF roster this year was Noah Baumbach’s latest film, Frances Ha, which some film fans didn’t even know was in production. Co-written by and starring indie darling Greta Gerwig, the film follows Frances, a free-spirited but broke dancer living in New York. Short on luck with men and attached at the hip to her best friend, Sophie (Mickey Sumner), Frances experiences a series of embarrassing situations as she tries to navigate adulthood.

Unfortunately, that’s about all the film has to offer in terms of plot. And perhaps that would be okay if the characters were more fully formed. Frances feels like a character cobbled together from indie clichés and is situated in a world not unlike that of the HBO series Girls. The film does have some funny moments, and Gerwig is charming, but more often than not, the script feels laboriously “quirky” and too familiar. The film seems more Woody Allen than Noah Baumbach (only enhanced by the fact that the film is in black and white), but unfortunately, it is not up to par with the best work of either.

Frances Ha does find its footing when it takes a more serious approach towards the end, but ultimately, it’s too little, too late.

The Place Beyond the Pines

Ryan Gosling and Bradley Cooper square off in this slow-burning and affecting family drama from director Derek Cianfrance (Blue Valentine). Gosling plays Luke, a volatile motorcycle stunt driver trying to do right by his long-suffering girlfriend, Romina (Eva Mendes). But when some of Luke’s illegal doings land him in the sights of ambitious rookie cop Avery (Bradley Cooper), drama and heartache proliferate, and the reverberations of both their actions go on to affect their families in unexpected ways.

The Place Beyond the Pines offers a fairly conventional story, especially in the latter two acts, but Cianfrance offers enough stylistic panache and plot twists to make it compelling. Gosling is heartbreaking as a heavily flawed man who can’t catch a break, and Cooper effectively conveys the anguish of a man who becomes haunted by past decisions.

This is a film that comes in three easily identifiable sections. And as the scope of the story expands in surprising ways later on, it becomes clear that The Place Beyond the Pines is a study not only of family, but of masculinity. The men in the film are broken in a variety of ways, and Cianfrance ensures that their struggle gets under the viewer’s skin. And while the film does get fairly melodramatic at times, the director and actors show enough restraint to make the human drama believable. The Place Beyond the Pines is the rare film that can actually deliver on its epic premise.

After re-cutting On the Road due to lukewarm reviews at the Cannes Film Festival, director Walter Salles (The Motorcycle Diaries) brought his long-gestated adaptation of the classic Kerouac novel for a red carpet premiere this week at TIFF. The film stars Sam Riley (Control) as Sal Paradise, a fictional doppelganger for Kerouac himself. In the late 1940s Sal befriends the charismatic Dean Moriarty (Garrett Hedlund) and his teenage bride Marylou (Kristen Stewart), and the three begin a cross-country journey in search of love, drugs, and a good time.

Salles remains fairly faithful to Kerouac’s text, which both helps and hurts the film. On the one hand, the film often meanders. Its episodic structure means that it introduces us to a spat of recognizable faces (Kirsten Dunst, Amy Adams, and Viggo Mortensen, to name a few), only to whisk them away minutes later. However, the film also captures the free-spirited, dreamy vibe of the novel. It also boasts beautiful cinematography and an off-kilter score that evokes the beat generation of the 1940s and 50s to great effect.

Riley evokes the cool of the era and Stewart is intermittently effective, but it’s Hedlund who deserves a special mention for his fearless, natural performance as the ringleader, Dean. His character feels like the most well-rounded of the group, and Hedlund is especially heartbreaking once Dean’s “no boundaries” lifestyle inevitably backfires.

On the Road may take a while to get going, but it sneaks up to pack a satisfying emotional punch. Many have declared Kerouac’s novel “unfilmable”, but Salles makes a pretty compelling argument that it can be done.

Taking place at the end of World War II, Lore follows a teenage girl, Lore (Saskia Rosendahl), and her family as they deal with the crumbling of the Nazi regime. With her parents having surrendered to the Allied forces, Lore is forced to bring her four siblings across the German countryside in hopes of reaching their grandmother’s house. Along the way, they meet a young Jewish man, Thomas (Kai Malina), and Lore is forced to question her internalized prejudice.

Director Cate Shortland (Somersault) has created a remarkable, disarming coming-of-age tale with Lore. She tells a captivating survival story while sparing us the melodrama and cliché that often comes with the genre. Shortland employs the “just when you thought things couldn’t get worse…” technique deftly, and she’s not afraid to go to some very dark places. Cinematographer Adam Arkapaw (Animal Kingdom, Snowtown) seems only too willing to go to those places, too, and he brings a languid and beautifully murky look to Lore.

Rosendahl is mesmerising and endlessly expressive in her first film role. The German actress gave what feels like a star-making performance reminiscent of Michelle Williams. Meanwhile, Malina offers the perfect pitch of ambiguity to Thomas’s character. He’s threatening, but there’s also an allure that makes it easy to understand why Lore would find herself unwillingly drawn to Thomas.

Shortland mixes small-scale personal drama with a broader look at the German political landscape of the time, and both elements of Lore are fascinating. With elegant characterization and charismatic performances, Lore makes for a vivid story that will stick with you.