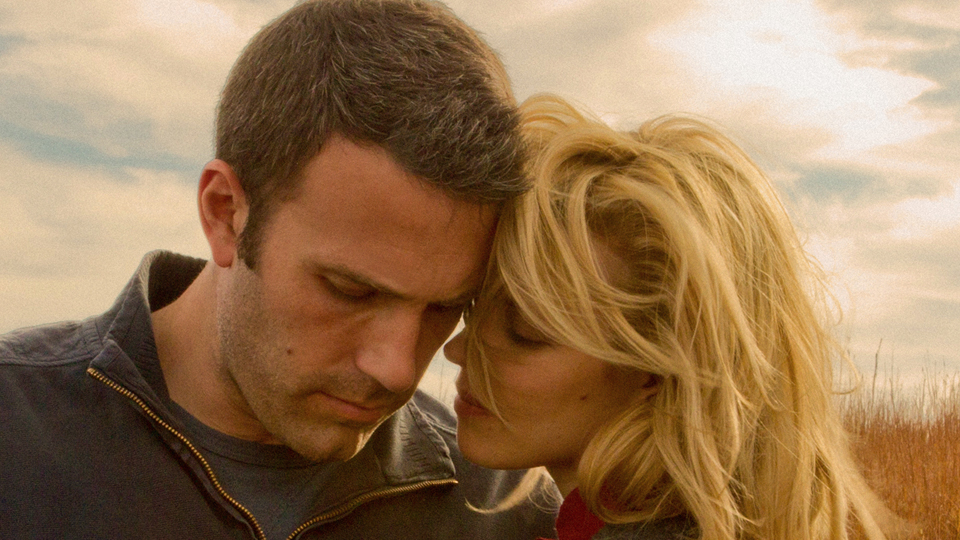 To the Wonder is Terrence Malick’s sixth directorial venture, starring Ben Affleck, Rachel McAdams, Olga Kurylenko, and Javier Bardem. It is an impressionistic story about the highs and lows of two intense but ultimately unharmonious relationships in the life of a man who has been given a backseat in his own drama. Being a Malick project, it employs a voiceover technique for the entire duration of the film.

To the Wonder very closely mirrors the directorial style of his previous film, The Tree of Life, but deals with completely different themes: love, relationships, and spirituality. His signature style of storytelling is evident in every shot. The movie is visually and acoustically breathtaking.

The first half of the movie seduces with the sensuality and eroticism of the promise of love. It elates and enthralls, and leaves you anxious to see where the characters are heading. However, in the laborious second half of the movie, the choppy scenes, voiceover narration, and deliberate insertions of random scenes, once a delightful novelty, become an annoyance. The ending might leave you disappointed and confused.

Towards the end of the movie, a general feeling of “What the ****?” seemed to form in the audience, causing only a wave of quizzical comments (and no sign of applause). I sensed that many in the theatre were on the edge of their seat, glancing at their watches, waiting for the moment when the characters would collide in a cathartic climax. Instead, Malick focussed on the human reactions and the inner turmoil of the characters.

Olga Kurlyenko, known for her role as a Bond girl in Quantum of Solace, is pleasantly surprising as she plays her character with the ease and grace it calls for. On the other hand, Ben Affleck’s character, Neil, is truly frustrating, but unusually, the blame falls on the director. Affleck doesn’t get to do much of anything except look sullen and grim. His lack of dialogue and action makes his character an ineffectual bystander. Instead, Malick puts all the emphasis on the women.

But the movie unarguably features stunning cinematography, showcasing the raw emotions and human reactions in a way rarely seen in film. Malick fills To the Wonder with one inconclusive scene after another, making it seem like it has no ultimate goal. But his unique visual poetry will always turn heads.

The film will be released worldwide in 2013. Not everyone will walk out of the theatre full of the film’s alleged “wonder”, but Malick lovers will likely enjoy this visual and acoustic delight. MM½