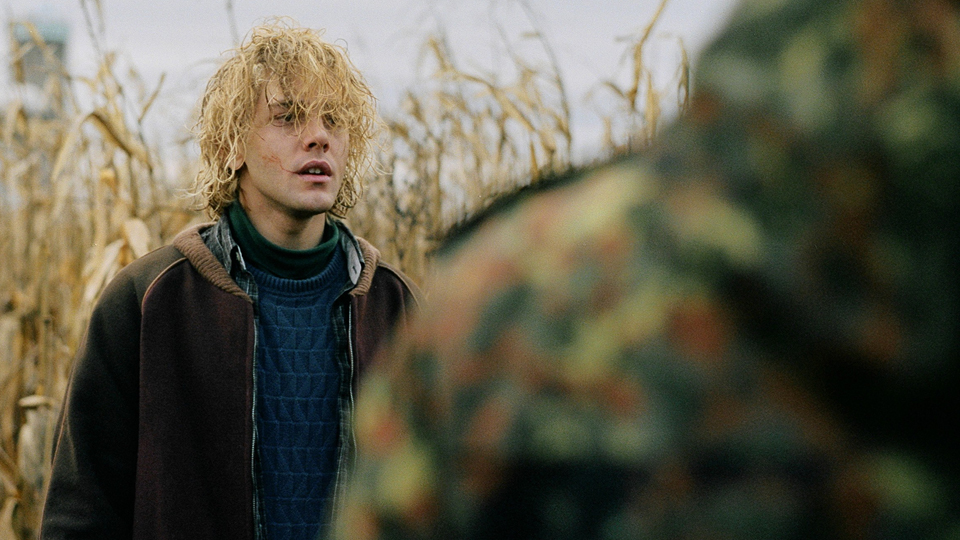 Kristen Wiig finally gets a leading dramatic role in this adaptation of an Alice Munro short story of similar name. The film is not plot-driven, but builds on the premise of Wiig’s character Johanna, a repressed woman hired to look after a rebellious teenage girl played by Hailee Steinfeld (True Grit). Johanna ends up developing an odd relationship with the girl’s largely absent father, Ken (Guy Pearce, Memento), when she begins a correspondence with him.

As this is based on a Munro short story, all is not as it seems, and the film is not nearly as much of a cutesy rom-com as the premise would suggest. Instead, much of the first half of the film is spent building Johanna up as an awkward, almost pathetic character. From Johanna’s dowdy clothing to her impeccable manners, Wiig perfectly portrays a sense of loneliness without making Johanna so alienating that the audience is unable to connect with her. Conversely, Pearce nails the easygoing charm of Ken, a free spirit whose own emotional baggage lingers barely beneath the surface.

Director Liza Johnson might have thought the audience would find it unbearable to endure a whole movie of Johanna’s small humiliations, because she flips things around into a more conventional narrative arc for the film’s latter half. But while that may be more comfortable for the viewer, it unfortunately also makes for a less interesting film. Character motivations become far less consistent, and the film seems to quickly brush over key relationship moments. Several characters take unexpected personality zigzags, and Hateship, Loveship begins to feel like it’s reaching to hit all of the required narrative moments without displaying a respect for what’s best for its characters.

All that said, Hateship, Loveship certainly has its charms, and it’s refreshing to see Wiig and Pearce in prominent, true-to-life roles. And while it may not have any groundbreaking pronouncements about love, it does hit some painful but true points about what it means to actually love someone, and that achievement alone puts it above many of Hollywood’s modern-day love stories. MMM

Tom at the Farm
If you thought your family was dysfunctional, fear not. Tom at the Farm proves that things could probably be much worse.

Tom at the Farm is the fourth film by the 24-year-old Canadian favourite Xavier Dolan, whose past projects include Lawrence Anyways and Heartbeats. This time, he tackles the thriller genre, following the story of a grieving young man, Tom (played by Dolan himself), who is subjected to a multitude of mind games when he visits the family of his recently deceased lover.

That said, this is a thriller by Dolan’s standards, which means that the film offers a careful pace and plenty of moody, lingering shots. But if Dolan takes his sweet time building tension, it means the staccato moments of action pack all the more punch.

Though not especially horrific or graphic, the rare moments of violence in this movie feel shocking, partly thanks to the beauty of Dolan’s camerawork and the scenic, starkly overcast rural setting. The constant threat of harm lingers over Tom, and Dolan manages to impressively convey this without resorting to cheap thrills or a black-and-white villain. Instead, he injects a lot of menace into the character of Francis (Pierre Yves-Cardinal), the brother of Tom’s lover, while still managing to make him a complicated, almost sympathetic character whose story is just as rich as Tom’s.

The film really becomes a tug-of-war between Tom and Francis, and their complicated bond is best highlighted in a wonderful, bizarre dance sequence partway through the film. Dolan isn’t afraid to make bold storytelling choices like that, and while certain characters’ decisions at times feel like a stretch, Dolan still always seems to be in control of the strange story world he has woven for himself. Beautiful to look at and compelling to take in, Tom at the Farm is an assured, perfectly off-kilter entry from one of Canada’s leading young directors. MMMM

A Promise
Costume dramas have a reputation for being stuffy and formulaic, and, unfortunately, A Promise is one example that supports the stereotype.

Director Patrice Leconte has been making movies in his native France for over 30 years now, but A Promise is his first English-language effort. Set in pre-WWI Germany, it stars Alan Rickman, Rebecca Hall (Vicky Christina Barcelona, The Town), and Richard Madden (Game of Thrones) as participants in a truly odd love triangle. Madden plays a young secretary who falls for his employer’s wife, and here begins the type of costume drama you’ve likely seen a thousand times before.

Individually, the acting here is fine. Hall shines brightest out of the main trio, bringing a gawky charm to her upper-crust character. Rickman, too, is well-suited to his role and seems to be channelling Snape in this dour performance, but he really isn’t given much to do. And despite the acting skill on display, together the trio has shockingly little chemistry. The romance between Hall and Madden’s characters in particular never has any real spark, which is a big problem when the film hinges on the audience wanting them to be together.

Visually, the film is well put-together and there is some lovely costume work. But when it comes to the story and the key romance, it feels like a very watered-down version of other films of its kind. A Promise lacks the deeply felt longing of Bright Star, the tragic urgency of Atonement, and the social commentary of The Age of Innocence, which ultimately leaves the film feeling mechanical and hollow. MM