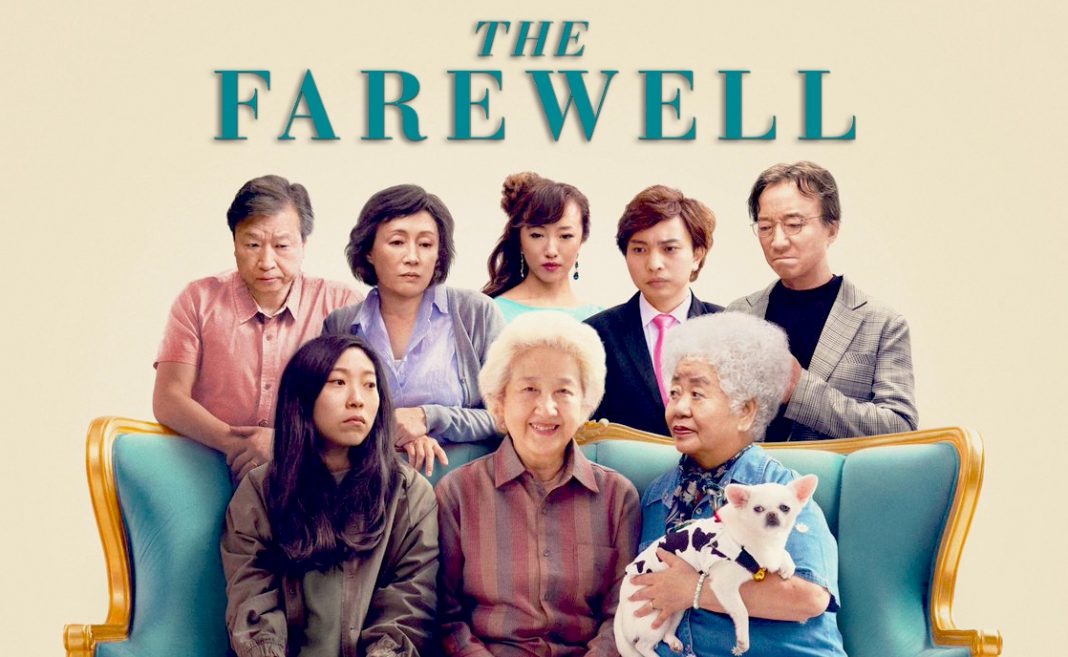 Telling a lie is often seen as a bad thing. But what about a lie with good intentions? This is the heavy burden in Lulu Wang’s 2019 drama, The Farewell.

Based on her own life, Wang retells her story about a lie through the lens of 30-year-old Billi (Awkwafina), a Chinese American living in New York City. When Billi finds out that her grandma—her Nai Nai (Zhao Shu-zhen)—is dying of cancer, she’s distraught, not only because of the devastating news but also because her family has decided not to tell Nai Nai her own diagnosis.

While Billi reconnects with her family and sits alongside her parents, her mom Lu Jian (Diana Lin) tells her, “Chinese people have a saying: when people get cancer, they die. But it’s not the cancer that kills them, it’s the fear.”

To keep the secret and give the family a chance to see Nai Nai, they all reunite in their hometown of Changchun, China to celebrate the rushed marriage of Billi’s cousin Hao Hao (Chen Han) and his girlfriend Aiko (Aoi Mizuhara).

During the journey from New York to Changchun, Wang offers us a heartwarming, intimate tale of a family grappling with cancer. But the film branches out beyond this theme. It also paints a blunt picture of cultural clashes, and of the humanity that connects us all, regardless of identity.

These meaningful messages wouldn’t have been so impactful if not for the cast’s gripping performances. The charismatic Awkwafina sheds most (but not all) of her usual comedic cheeriness in this sombre role. Here, she moves us through the pain she carries in her body language.

The most memorable character to me was Zhao’s performance as Nai Nai—a tough yet caring grandma whose comforting smile is familiar, even if you’ve never seen her before. The love she radiates is contagious, and every scene she’s in is enjoyable.

Besides the beautiful cinematography and performances, The Farewell’s charm comes from its subtlety. It doesn’t yell at you for attention or insist upon its own values. It simply contrasts Eastern and Western cultures. Even when nothing critical is happening, Wang captures the subtle similarities and differences between the people and places. The film takes its time to portray the everyday cultural beliefs and traditions of each place through action, dialogue, and setting—doing so in an honest and natural way.

As a Chinese American, Billi struggles with this cultural conflict—a lie that’d be illegal in America is commonplace in China. To help Billi better grasp the family’s decision, her uncle Haibin (Jiang Yongbo) says, “You think one’s life belongs to oneself. But that’s the difference between the East and the West. In the East, a person’s life is part of a whole.”

With both views presented, the film acknowledges the contrasting beliefs between the East and the West but doesn’t judge or bias either viewpoint. What the film does compare is the universalities among cultures, particularly in the experience of love and grief. It captures raw emotions that each of us can relate to, no matter where we live or what customs we follow.

And while hate crimes against the AAPI community (Asian Americans and Pacific Islanders) have always existed, today, they’re rising. Art has a remarkable way of connecting people, representing underrepresented voices, and building empathy. In times of overt xenophobia, Lulu Wang’s voice in The Farewell reminds us we all have our differences, and that’s okay. Because it’s our humanity that still connects us.