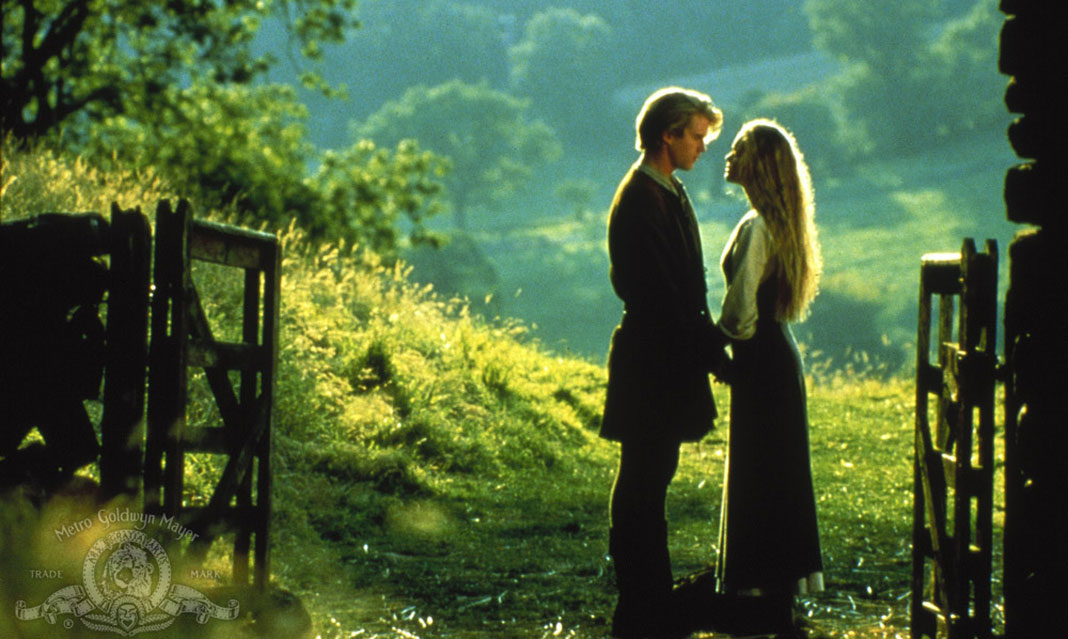 Anyone who has watched The Princess Bride even once will forever remember its iconic lines such as “Inconceivable!” “As you wish” and “Hello, my name is Inigo Montoya, you killed my father. Prepare to die.” The Princess Bride is a true cult classic in every sense of the phrase. Don’t be discouraged by the flowery title because this movie has everything including satire, sword fights, wit, revenge, and romance. This is a movie that just keeps getting better and better every time you watch it. The Princess Bride has so many elements and layers to it that make it so special, brilliant, and the classic family-film.

This movie is a story within a story—a boy (Fred Savage) who is feeling ill is visited by his grandpa (Peter Falk), who tries to cheer him up by reading him a story, the story of the Princess Bride. The beautiful Buttercup (Robin Wright) has lost faith in love after losing her fiancé Wesley (Cary Elwes) when he went to earn money for their marriage and lives. She is betrothed to the evil and pompous Prince Humperdinck (Chris Sarandon), who searches for her in vain when she is kidnapped by rebels who wish to start a war with him. The rebels, Vizzini (Wallace Shawn), Fezzik (André the Giant), and Inigo Montoya (Mandy Patinkin) are pursued by a masked pirate intent on saving Buttercup. This movie has a sense of self-awareness, which shines through the character of the grandson. His initial reluctance and criticism of his grandfather’s love story is representative of how the audience feels are the start of this seemingly typical rom-com. And yet, like the boy, we too are soon desperate to listen and see how the adventure unfolds, not caring if we look and sound goofy.

My personal favourite scene would be the sword fight between Inigo Montoya and the Man in Black/Masked Pirate. The fight had me on the edge of my seat but with an amused smile on my face at the same time. The good-natured yet competitive atmosphere is truly epic. According to reports, Patinkin and Elwes trained intensively to perfect each move, and in both, right- and left-handed ways.

William Goldman, author and screenplay writer of The Princess Bride asked his two daughters what he should write his story about. One little girl replied ‘a princess’ and the other said ‘a bride,’ and so Goldman titled his book “The Princess Bride” for both his daughters. This sweet anecdote sums up the overall concept of the movie—it is a movie made especially for families to enjoy throughout the years, as it is ageless and iconic. I would say that The Princess Bride brings out a sense of nostalgia in people, and perhaps that is why we love it so much. It makes us feel like kids and reminds us of the simple values and morals in life. To not enjoy this movie would be, well, inconceivable!