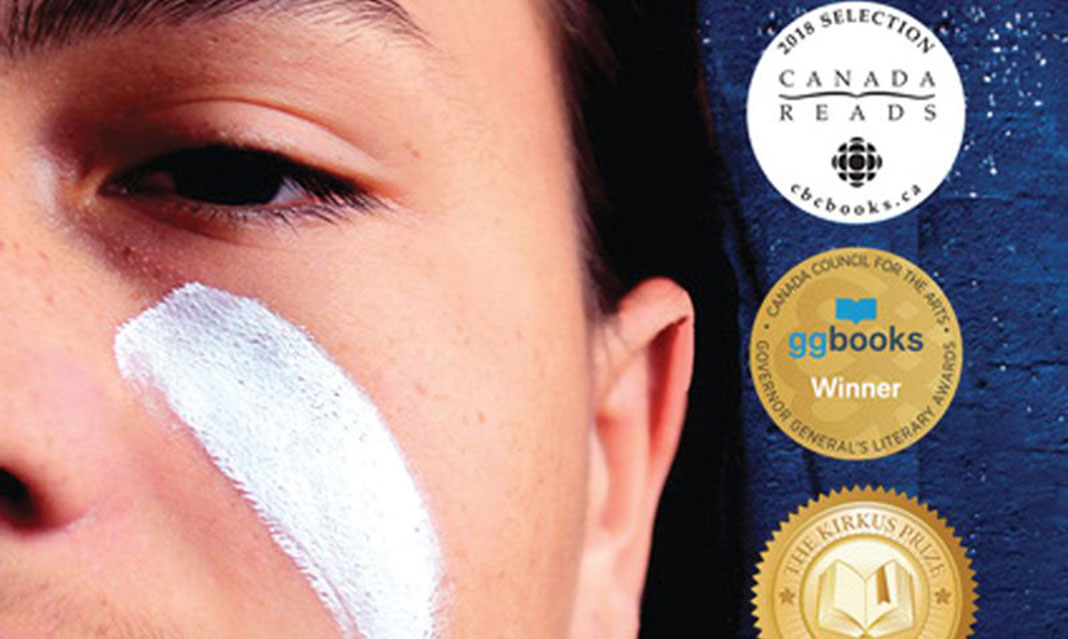 Published in 2017, The Marrow Thieves is a bestselling Young-Adult novel by Métis writer Cherie Dimaline. The novel is set in a dystopian future where everyone besides the Indigenous people of North America have lost the ability to dream. A fatal cure is found in stealing the marrow of Indigenous people, who are hunted and kidnapped by government-enabled Recruiters. The story follows 16-year-old Frenchie, and his companions who struggle to hide from the Recruiters and try to survive in the wilderness.

The novel begins with Frenchie’s “coming-to” story, how his brother, Mitch, sacrifices himself to save Frenchie from the Recruiters, and how Frenchie finds his way into a group trying to survive together. The group ranges widely in age, from seven-year-old RiRi to the group’s Elder, Minerva. Miigwaans, or Miig, leads the group. His coming-to story involves losing his husband Isaac to the Recruiters. Together, the group travels on, trying to evade capture, moving further and further North.

Throughout the novel, the themes of identity, heritage, and community are closely linked together. Miig offers parts of “Story,” an account of how the world came to be in the state that it is today, the history of “The Water Wars” and “The Melt,” linking man-made destruction and climate change. Minerva, the Elder, stores language within her, decades of history, shared in bits and regarded by others in the group as precious and sacred. Minerva holds the secret to resisting the Recruiters’ marrow-extracting machines set up in factories or “residential schools.”

A key theme in the novel is the treatment of Indigenous bodies as commodities, as a means of acquiring dreams by stealing people, actual physical beings. It is not enough that their lands are seized; this harrowing dystopia depicts the lengths to which Indigenous communities are targeted, robbed of place, body, and any semblance of safety. The novel also presents moral complexities through the characters and their actions, the sacrifices that are made in the process of survival. For instance, Frenchie’s loss of innocence is not simply a result of being forced apart from his family at a young age, but also by surviving in the wild, protecting his group against Recruiters and meeting violence with violence when circumstance calls for it—but never unnecessarily cruel.

The Marrow Thieves also weaves in the story of a gay couple—Miig and Isaac—within the narrative, without making it some sort of a spectacle, providing positive representation and normalizing queer relationships. The novel ends on an uplifting note, signifying the power of language, history, community, and the threads that bind people together. The Marrow Thieves offers a cast of fleshed out characters, provides historical and political parallels within our world, and is required reading for anyone who is anxious about the near future of our planet.

The Marrow Thieves won the 2017 Kirkus Prize for Young Readers’ Literature, the 2017 Governor General’s Literary Award for Young People’s Literature and was a 2018 selection for CBC’s Canada Reads competition.