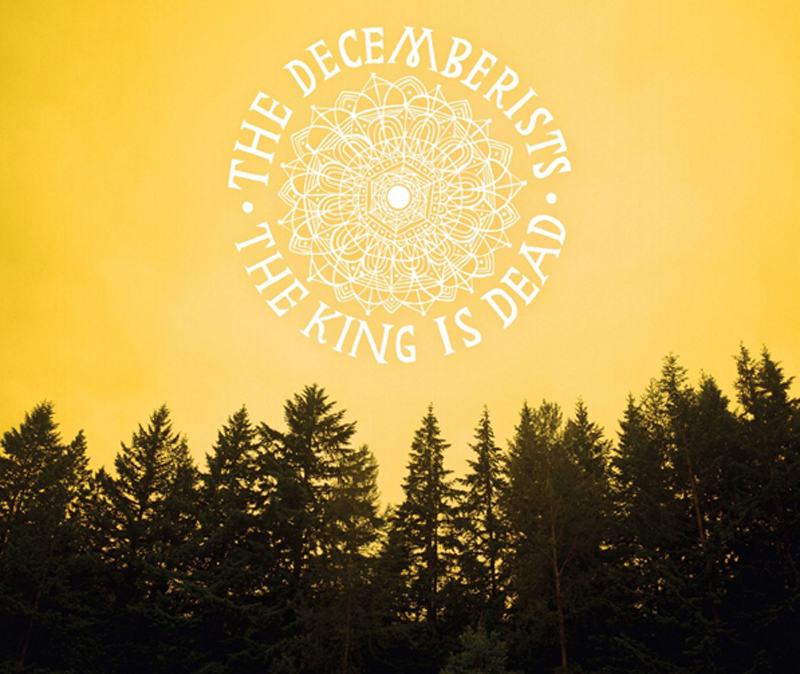 The King is Dead — The Decemberists

After the overwhelming rock-opera grandeur of their 2009 album The Hazards of Love, indie rock band The Decemberists left fans wondering just where they would go next. Frontman Colin Meloy’s epic yarns were greeted with mixed reviews, and it seemed that a change was inevitable. That’s exactly what fans received when the Portland band’s new album, The King Is Dead, burst onto the scene last Tuesday.

Although the album isn’t another over-the-top oeuvre, it’s definitely a step in a new direction for the band. While their last album was praised by some and panned by others, this new collection of 10 songs across 40 minutes has garnered acclaim from the public—although not without some doubts over its new style. The album’s sound has crossed over into the realm of American roots—some might say it’s a little bit country—but Meloy’s lyrics remain ornate and elegant.

Working with their third major label, Capitol Records, their sixth album was actually recorded in a barn east of Portland, Oregon. This influence is apparent at first listen, as acoustic guitar and harmonica are present from the very start. The opening harmonica chords of the first song, “Don’t Carry It All”, set the tone for the woodsy, acoustic feel of the entire album. Even the cover art—a simple but elegant photograph of large, black pine trees on a bright yellow background—seems to exude the folksy, woodsy feel present in each song. The entire album seems to transport us back into Mark Twain’s Americana of old. The fourth track, “Rox in the Box”, interweaves a shuffling violin and harmonica with fiddle and banjo to create a true out-of-this-century experience. “January Hymn”, with its complex fingerpicking acoustics and harmony guitar strums, has Colin chiming out a gentle, folksy lament over lost love.

While some may criticize the album’s lack of complexity of conflict and character—which was in fact present throughout The Hazards of Love—it’s obvious that this time, simplicity is key. These charming ballads definitely make up for any lost complexity, and show that The Decemberists can indeed return to the good old-fashioned subtle beauty of simple folk rock.                          ★★★★