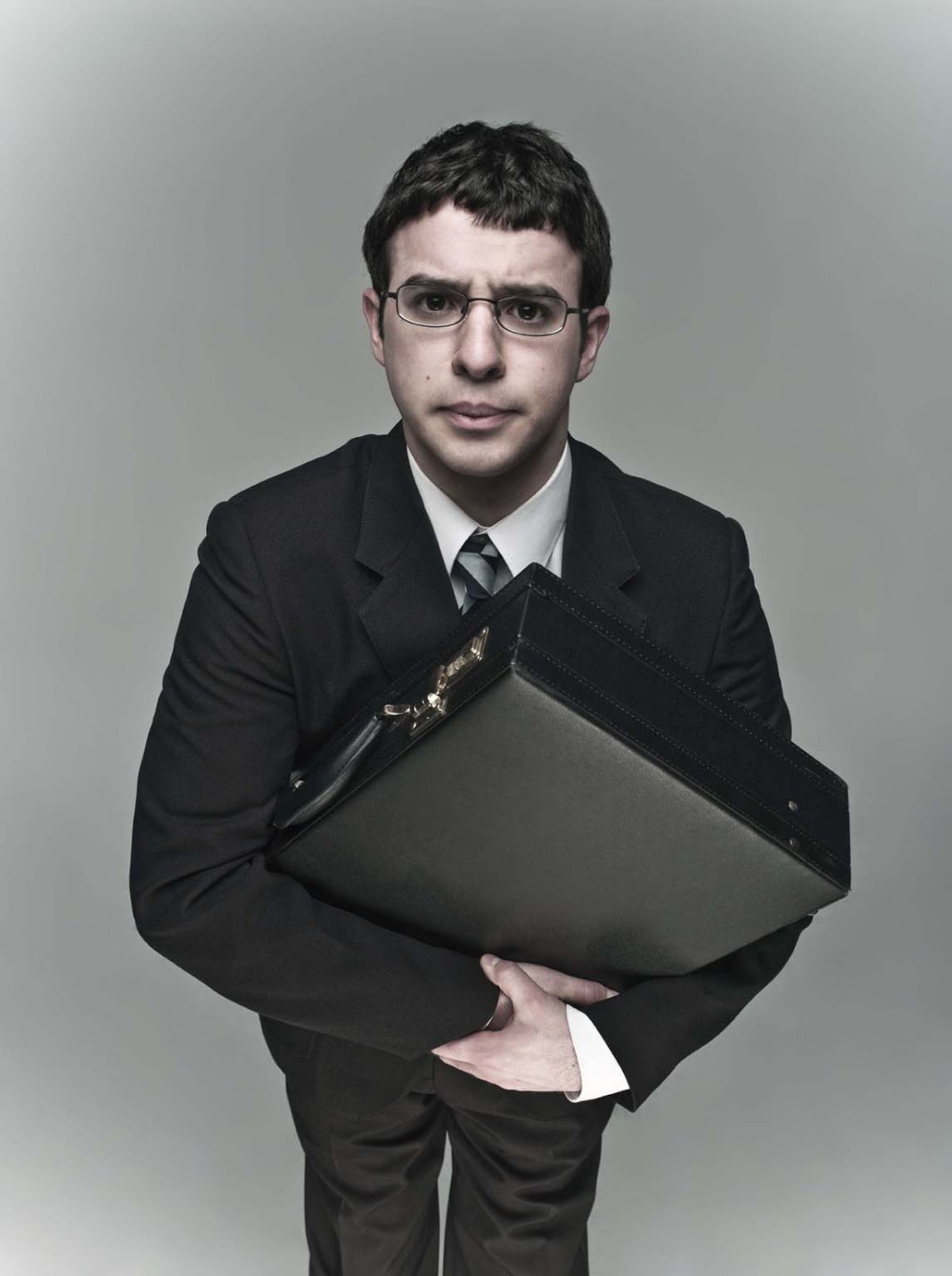 High school sucks for everyone. Therefore it’s amazing that so many movies and TV shows focus on high school as a setup for their plots. More often than not, it’s the kind of high school we wish we went to.

The kind with singing and dancing (Glee), absurd amounts of money (The OC), or where something interesting actually happens (Buffy the Vampire Slayer). But sometimes we can get the other kind. The kind that shows high school at the other end of the spectrum—just as absurd, but a little more truthful in its absurdity.

The In-Betweeners, a British sitcom starring Simon Bird and Joe Thomas, takes the latter approach. The series began its third season this September in Britain with enormous success. A film is in the works, and MTV is working on an American adaptation. But since seeing the original version first is the ultimate superiority-pull for media snobs, I’m going to go one step further and review it before the American version even comes out. (Take that, lesser snobs!)

The In-Betweeners follows the adventures of Will McKenzie (Simon Bird), a sixth-form student in merry old England. He’s just changed schools, and on his first day he begins the series as a loser in the worst possible scenario: his headmaster is sadistic, he has no friends, and his new nickname is “briefcase wanker”.

Eventually, Will manages to latch on to a group of friends: the relatively normal but unpopular Simon Cooper, the “borderline sex-pest” Jay Cartwright, and the unusual, slightly dim Neil Sutherland. The odds are stacked against them, but they’re united in their goals to make friends, become popular, and get laid. Can they overcome their weaknesses and really get the most out of their youth? No. No, they cannot.

The greatest charm of The In-Betweeners is the failures of its main cast. The episodes can go from brilliant, Rube Goldberg-style twists of fate, to laugh-out-loud moments of dick jokes and cynicism. But no matter what the story is, it comes down to the same thing: Will and his friends can’t catch a break.

They try to go clubbing but end up buying urine-soaked shoes from homeless men; they try to get into parties, but have to end up hopping fences and dodging psychopaths to do it; Will just tries to pass his exams, and he loudly soils himself in the gymnasium. But that’s okay, because that’s what growing up is all about.

You can find The In-Betweeners legally on Amazon or questionably on YouTube and Megavideo. So whether you want to laugh at the misfortune of others, or just enjoy some dry British wit (“My dad’s not bent!”—“He is though, isn’t he?”), do consider The In-Betweeners.