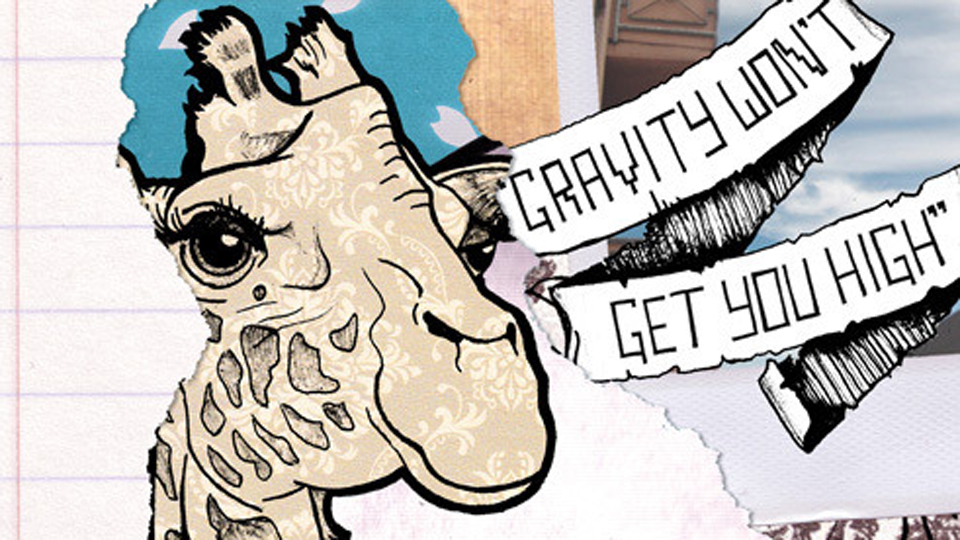 I’ll say this about the Grates: they write catchy songs (and chose a clever name, no doubt). The Australian trio’s 2006 debut album, Gravity Won’t Get You High, packs a high-energy dance-worthy punch and remains cohesive, if a bit repetitive. Grungy and popish, with a juvenile rebellion sort of theme, the Grates make up for the album’s low sophistication with immense energy and brightness.

I was hooked from the first track: “I Won’t Survive” runs only a minute long, and features yodel-like vocals from lead singer Patience Hodgson complemented by bursts of drums, a simple guitar tune, and some well-placed glockenspiel. My favourite track, “Howl”, shows off grungy guitar riffs and energetic drumwork, perfectly combined with Hodgson’s fresh and somewhat strained voice.Throughout the album, Hodgson displays some versatility, switching between the aforementioned yodelling, shrieks, and growls, and sweetly sung choruses.

The Grates’ main strength is that they don’t take themselves too seriously. The lyrics may be at times ridiculous and cryptic—“Shakin’ like you don’t know what you’re waiting for / Shake like bacon / Ice-cold it’s floored,” croons Hodgson in the mediocre “Inside Outside”—but the tunes are mostly well-rounded and memorable. If you find yourself nostalgic for those sunny days of youthful rebellion or just want something cheerfully mindless to listen to, this album may be for you. But be warned: the choruses will haunt you for a while.