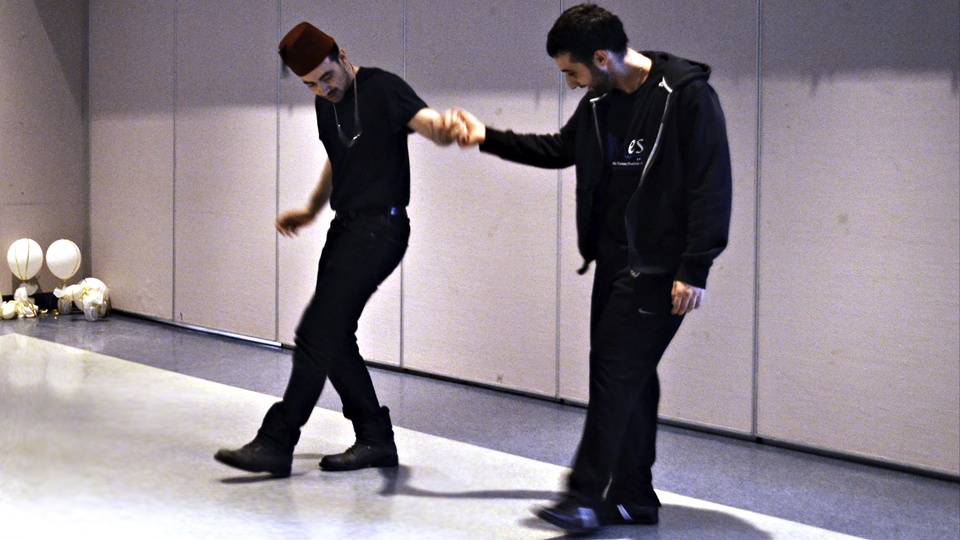 UTMSU held their annual Unity Through Diversity initiative this past week, beginning on Monday with the Cultural Expo. The week was jam-packed with fun events and free food that drew lots of attention from the students. There was an International Cuisine Day and a fashion show as well.

The main event of the week, though, was the concluding one: UTM’s Got Talent, held on Wednesday evening. The first thing one noticed on walking into the Blind Duck Pub was that it had been refurbished into a venue fit for the stars. Following a black-and-white theme, there were hanging disco balls, shining silver stars along the left wall, balloons scattered throughout, and, of course, a red carpet leading to the stage. Chatter arose from the crowd. The night looked promising.

And what a night it was! At the door, guests were greeted with tickets for a raffle of three iPod Nanos. Before the show began, the judges were introduced, one to represent each of U of T’s campuses.

The show began with a great performance by the Soul Sisters and the Funk Brothers. Their act consisted of a mash-up of popular songs from current artists, including Usher, Christina Perri, Bruno Mars, and Train. But of course the performance just wouldn’t be complete without paying homage to Psy and his massively popular song “Gangnam Style”. The band slowed it down with an acoustic sound, and there were no complaints from the crowd.

The night continued with a performance from Northern Souls, who are no strangers to the UTM music scene. These young gentlemen, who also performed at Frosh Week, wowed the crowd with their original song “Serenity”. The charismatic group even got the audience to join in on the chorus.

One of the standout acts of the evening was a young rapper calling himself “Revelations”. Taking a step away from the “mo’ money, mo’ problems” rap scheme, Revelations channelled an old-school sound with meaningful lyrics. This talented artist rapped not only in English but also in Spanish and in Arabic.

Another act that impressed the crowd was Matthew Butler. Beginning with a few jokes, Butler immediately got the crowd’s attention. He sang an oldies love song, his voice carrying through the large room and drawing much applause.

Also memorable was a cellist who performed two original songs, “Deer” (a song about all the deer living on campus) and “Phantom Train”.

In addition to the singers and musicians, several dancers captivated the audience with their moves, including a rhythmic gymnast who danced with hula hoops, ropes, and a ribbon. Rhythm, a medium-sized dance group, performed to a song with a deep story behind it.

I had the opportunity to catch up with the first act of the evening. Ala Cho, one of the lead singers of Soul Sisters, is a bubbly second-year international law student. Her friends  introduced themselves: “I’m her manager, this is her choreographer, and this is her bodyguard.” Cho said this was the first time she had performed at UTM’s Got Talent. “She definitely wants to come back next year and show a new side of us,” said one of her bandmates. She also shared that she was nervous but excited and wanted to show the crowd what they had rehearsed.

UTM’s Got Talent packed a serious punch. With no shortage of talented acts, the night lived up to all the hype surrounding it. It’s definitely worth a visit next year.