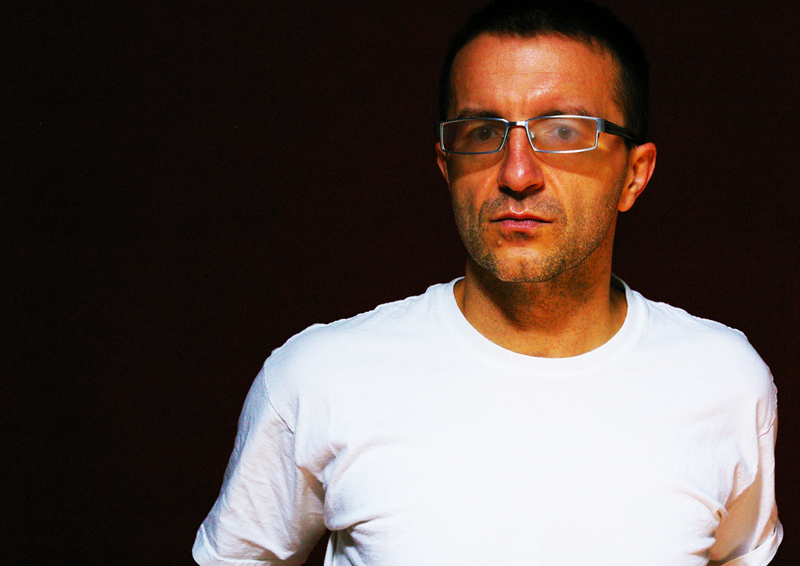 One of the most popular techno DJs in the world, multi-label entrepreneur John Acquaviva certainly has much to celebrate on his upcoming birthday on November 19. Growing up in London, Ontario, Acquaviva realized his love for music and began to deejay in the 1980s. In 1989, he met his lifelong friend Richie Hawtin (aka Plastikman).

This dynamic duo made a name for themselves, and together they founded Plus 8 Records. The two began recording together, and their remix of “Elements of Tone” by States of Mind became the first release on Plus 8 Records. During the early 90s, Acquaviva and Hawtin formed Probe and Definitive Records.

Both also helped evolve the DJ tool Final Scratch (created by the Dutch company N2IT), which allows the manipulation and playback of digital audio while using vinyl and turntables. Following this success, he took another enormous career expansion, by helping launch the site www.Beatport.com (currently the biggest dance-music downloading site in the world).

Eventually, Acquaviva took over the record label, making it closer to his vision of techno and house music. Definitive recordings have helped launch the careers of artists like Oliver Giacomotto, Robot Needs, and Kid Dub, to mention just a few. His first mix album, Transmissions, Vol. 1, was released in 1996, and since then he has been a rising legend in the world of electronic music.

On Friday, October 8, Audio Academy brought John Acquaviva back home to his eager Toronto fans, who cheered for his amazing performance at Revival Nightclub.

The Medium got the opportunity to speak to the humble and laid-back Acquaviva about his career, his influences, and what it takes to make it in the biz.

The Medium: How did you become a DJ/producer in the electronic music industry?

John Acquaviva: I always was a DJ. I did high school dances, and in the early 80s, I was the number one DJ for electro-pop. I worked at a record store, so I was always interested in the world of music. I teamed up with Richie Hawtin, and founded the record labels Plus 8 and Probe and Definitive, and it progressed from there.

TM: Who inspires you?

JA: I don’t believe in heroes, but many people inspire me, some have passed and some are still living. I can’t sit here and say that just one person inspired me, but, I remember this one time, I watched a concert by Hunters and Collectors (an Australian rock band), and it was an amazing show. This place held 300 people, but only maybe 50 people were there. And the fact that they respected these 50 people and still played a great show made me realize that every fan is important. It doesn’t matter if you have one or 500 fans, people come to see you and you have to play to the best of your abilities. Respect is important. Just because you might have a bad turnout one day, you still need to make the best out of it.

TM: What is your favourite track that you have produced?

JA: I’m not the kind of artist that likes to name all my accomplishments. When I make a track, I release it and hope that it does well, but then I move on. I don’t like to dwell on things, so I like all the tracks I produce. I mean, I like my music the way I like my food. I mix all of it together.

TM: What is your favourite city to play in?

JA: I really don’t have a favourite city. Every city has a different crowd, and they’re all important.

TM: What is the best advice you can give to aspiring DJ/producers?

JA: Don’t do it because you want the perks and to become famous. I mean, I love my job, because I get to travel the world, but in this career you have to love the music. And sometimes people are going to take you for a ride, but if and when you become famous, don’t do that to other people. Everyone deserves respect whether you’re already a known artist or you are just starting out. Sometimes you have to just suck it up and survive.

Whether you are trying to succeed as a DJ/producer or in any other career, “you need to treat your day job with respect,” says Acquaviva. “That means answering your emails or trying to meet new people, because this is where you will receive opportunities. And every dream hopes for those opportunities.”

A special thank-you to John Acquaviva for sitting down with The Medium and giving us some insight into the life of one of the best electronic artists in the world. We wish him the best of luck on his upcoming tour of Europe and South America. And come home soon—your fans already miss you!