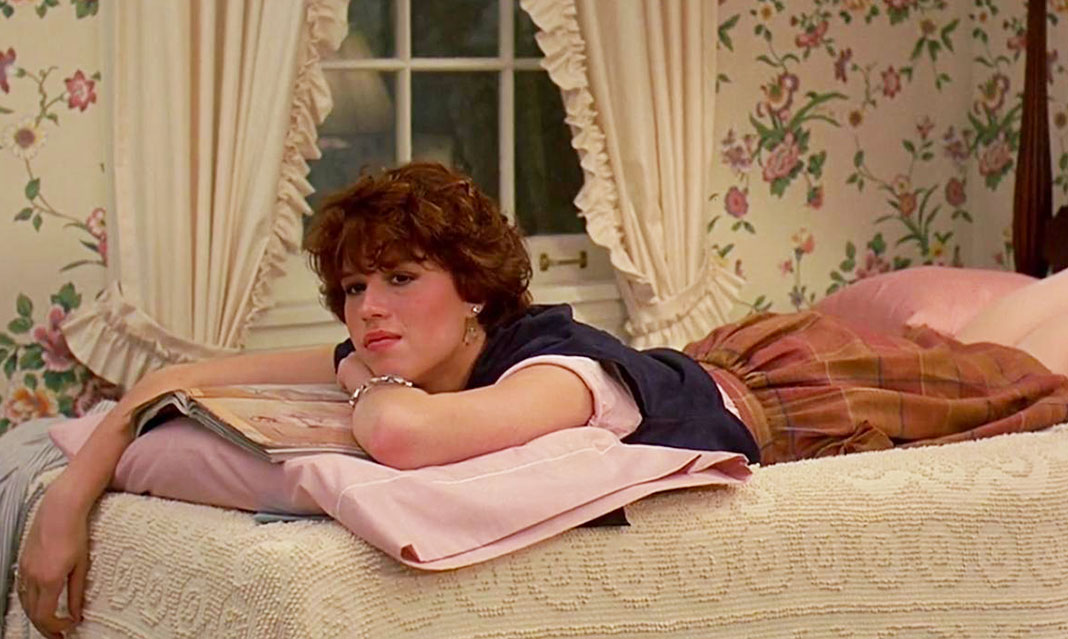 Imagine waking up on your sixteenth birthday, excited for the important milestone. You’ve been waiting for this day since you were twelve years old. You head downstairs to greet your family, patiently waiting for them to greet you with a cake and balloons and sing a horrible rendition of the birthday song. Except, they don’t. Your mom sends you off to school without mentioning your very important birthday. Then it hits you. Your family forgot your sweet sixteen.

The lack of attention from her family causes Sam to have a horrible day at school. Her day gets worse when she loses a slip of paper that includes personal information about her virginity and how she’s saving herself for the school’s most popular boy, Jake Ryan (Michael Shoeffling). Of course, Jake is the one who finds this paper. Suddenly, he’s interested in Sam and has lost interest in his girlfriend, Caroline (Haviland Morris).

That night, Sam and her best friend Randy (Liane Curtis) attend the school dance. Sam didn’t want to go, but she figured it would be better than staying home with a bunch of people that forgot her birthday. At the dance, Sam is constantly pursued by Ted (Michael Anthony Hall), a scrawny freshman that fits the classic “geek” stereotype. Ted stops his advances once he finds out that Sam has a thing for Jake. Soon after, Ted finds out Jake’s mutual interest in Sam when Jake sees Ted talking to her.

The rest of the night revolves around the three characters’ whereabouts after the dance. Sam returns home, still upset about her birthday, and also upset that a guy like Jake will never notice her. Meanwhile, Jake tries to contact Sam after finding her phone number through a school yearbook, but is proved unsuccessful when Sam’s grandparents constantly answer the phone. While all of this is happening, Ted is on a mission to drive a passed-out drunk Caroline home.

The next day, everything is resolved. Ted and Caroline end up together. And more importantly, Sam and Jake end up together. The movie ends with Sam finally getting to blow out her birthday candles with Jake. It turned out to be an okay birthday after all.

This movie is notoriously known as one of the best coming-of-age movies of all time. However, it’s hard to really say that a character developed in just one night. Sam only had two problems throughout the film: lack of attention from her parents on her sixteenth birthday and wanting to be Jake’s girlfriend. Both problems are resolved by the end of the movie, but it’s hardly a resolution that’s turned her into a woman. The awkwardness of being a teenager is what seems to be the overall theme of this movie. Sixteen Candles is still deemed as a cult classic, so John Hughes must have done something right.