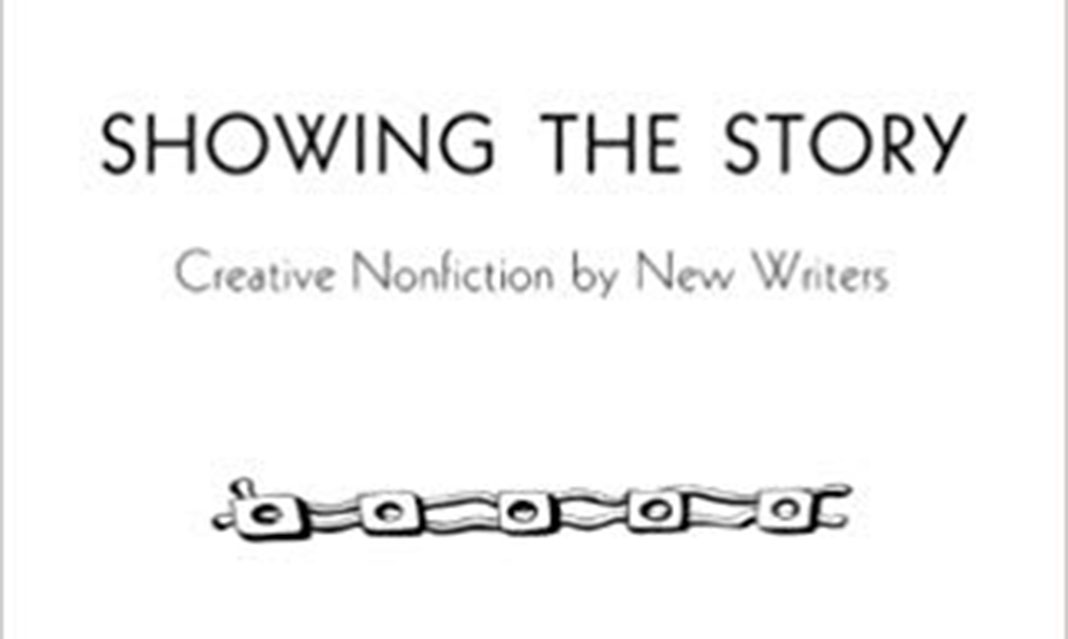 A required text for WRI203, Showing the Story is a collection of nonfiction short stories, most of them autobiographically written by a group of former U of T students. The stories in this book were first written as assignments by students taking WRI203, and then chosen and edited by Professor Guy Allen to be put into a book published by Life Rattle Collective in 2014.

The book starts with the chapter: The Child, in which the selected authors present an account of an experience that happened to them as a child. Stories such “Sesame Street” by Laurel Waterman bring back nostalgic memories that most of us have, of weekend mornings and television shows. On the other hand, stories such as “Guilt” by Sunny Ahn evoke terror and call back the fear of having to face repercussions as a child.

School presents stories written of experiences from attending school. Mike DeLellis takes us through his experience of a UTM calculus final so vividly that it seems as though the reader is the one sitting the exam. Stories like “Choke” by Christina Hunter demonstrate the devasting consequences a few minutes of childhood mischief can have.

The chapter with experiences of family takes us through scenes from chaotic dinner times as children by Laurel Waterman to the breakdown of a marriage through the eyes of a child, written by Shane Driver.

In Relationships, the authors talk about events in a romantic relationship, either their own or someone else’s, with breakups and jilted love stories found in abundance.

Chapter 5, People, introduces a person the author knows to the reader. The authors picked a wide range of people, from grandparents to old friends to colleagues.

Places introduces the reader to a place the author knows, and they do this by making the place the centre of the story. In “Elevator,” Bayan Khatib uses the elevator in his new apartment building to introduce the reader to his new life and Saamiyah Ali Mohammed uses the back stairwell in Davis to show the reader that she’s built an imaginary and unnecessary boundary between herself and her new friends.

The penultimate chapter explores experiences of the authors at their place of work, ranging from the authors like Penny Verbruggen being cheated to a young Bailey Green being harassed by older co-workers and being mistreated by customers.

The last chapter consists of writeups of interviews that the authors have conducted, with the interviewees varying from family, friends, neighbours, and in one case, a sex worker.

Showing the Story is a great book that allows the reader to feel as though they’re living the scenes as they’re playing out. The book is made more impressive by the fact that it’s written primarily by our peers, for the very course we’re taking. It sets a standard, a bar to reach toward, for every new writer taking this course and anyone else considering a career in creative writing.

Showing the Story can be purchased both through Amazon and the course instructor when taking WRI203.