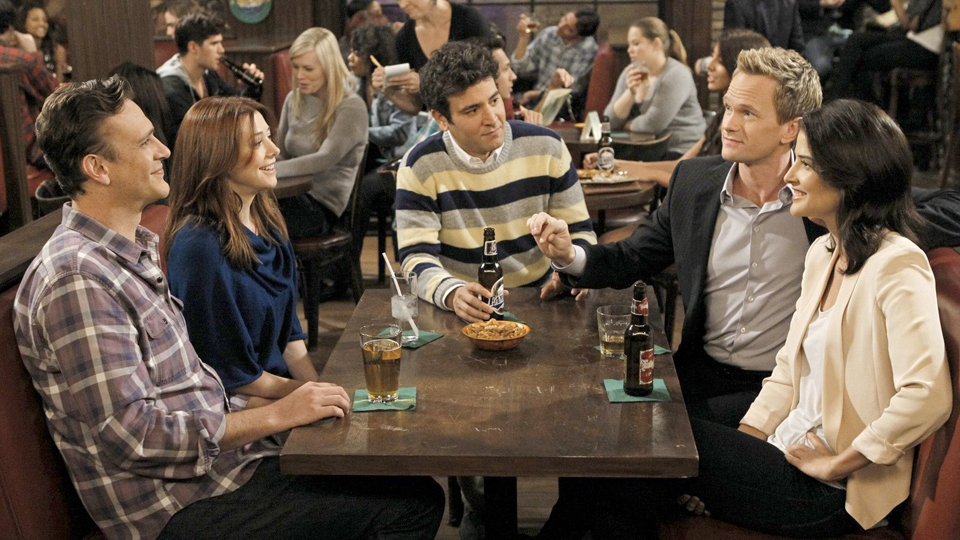 Everything that has a beginning has an end. We saw it with M*A*S*H, Seinfeld, Friends, and The Office, and now it’s time for How I Met Your Mother to join that list. HIMYM has given us nine years of entertainment, laughs, tears, and just a nice way to spend an evening. Let’s take a trip down memory lane before the finale airs tonight.

HIMYM’s pilot episode aired in 2005 and started Ted Mosby’s (Josh Randor) long and complicated search for true love. (The titular “mother”, played by Cristin Milioti, was introduced in the finale of season eight and became a recurring character in season nine.) He initially had deep feelings for Robin Scherbatsky (Cobie Smulders), a career-driven reporter, and pursued her while ignoring his wingman Barney Stinson’s (Neil Patrick Harris) beliefs about love and marriage.

Ted has gone to any lengths to find “the one”, often looking to his college buddies Marshall (Jason Segel) and Lily (Alyson Hannigan) for guidance. We’ve seen lots of unique choices in Ted’s girlfriends over the course of the series, some of whom even he regrets dating.

Over the years the group’s seen their ups and downs and done plenty of maturing. Barney, being a womanizer and sociopath due to a traumatic breakup in his early twenties, realized that there’s more to life than just hitting on girls in bars. Although Barney eventually learned to commit to a single girl, Quinn, he was still heartbroken, only to realize that Robin was the one for him all along.

The final season’s been set the weekend before Barney and Robin’s wedding, and we saw many storylines from over the years unfold and finally make sense. Marshal and Lily got into a huge fight over their summer breakup in season two and resolved it by using their famous “pause and unpause” communication tactic. Barney finally realized that he was ready to make a commitment. Ted confronted the non-platonic feelings he’s held for Robin over the years. And yes—we finally know who the mother is! She’s been the glue binding the group over this entire season, helping everyone individually fight their fears and insecurities.

It’s been a long nine years and we’ve been waiting to hear one sentence: “And kids, that’s how I met your mother.” The hour-long finale airs this week and we’re all hoping this series has a happy ending, not just for the sake of satisfaction, but so that Ted eventually gets his “happily ever after”. This show’s really dear to me because there are points where it’s relatable and meaningful. I mean, come on: everyone has a little Ted, Barney, Marshall, Lily, and Robin in them. We’re all going to miss Barney’s catchphrases, Robin’s undying loyalty to Canada, Lily’s authoritative nature, Marshall’s puns, and Ted’s caring personality and alter-egos. I’m going to miss this show a lot, and the stuff that it’s taught me to expect in life and about friendship. So get your tissue boxes ready, bundle up in blankets, and watch the writers give this series the ending we’ve been waiting for, because it’s going to be legen—wait for it— dary!