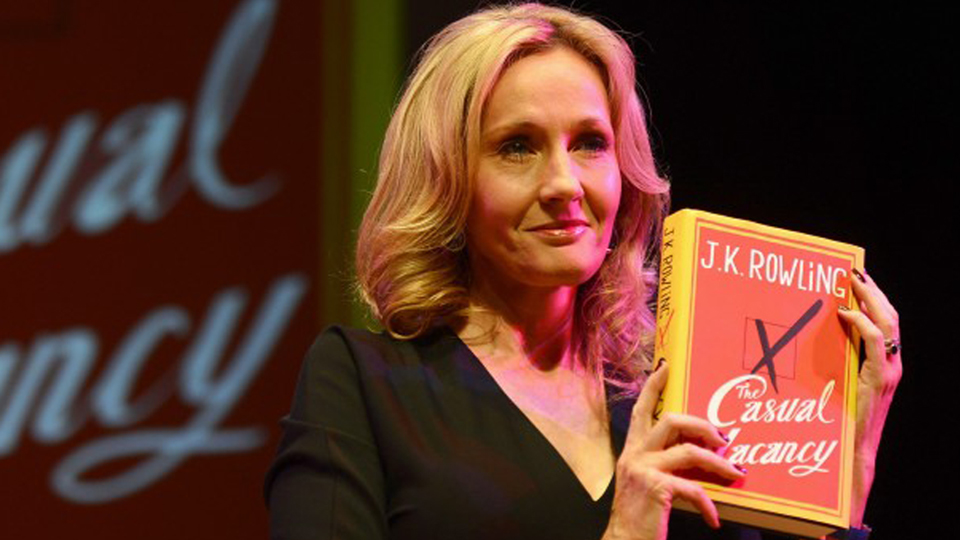 After a brief departure from the literary scene, J.K. Rowling—who has practically become as famous as the hero of her bestselling Harry Potter series—is back in the spotlight with her new book, The Casual Vacancy.

Taking a major departure from the kind of story that made her famous, The Casual Vacancy is her first book for adults. The story takes place in the small town of Pagford, where the residents pride themselves on their isolation and freedom to do things their way. The story begins with the death of Barry Fairbrother, a member of the Pagford Parish Council. As the story unfolds, it quickly becomes clear that Fairbrother played a critical role in the political conflict plaguing Pagford and souring its relationship with the neighbouring town of Yarvil. Pagford has always defined itself in opposition to Yarvil, and the resentment that has been building for close to 60 years has now come to a boil over the redrawing of the towns’ boundaries. With the death of Barry Fairbrother, the two sides of the imminent war rush to find a replacement who can tip the scales one way or the other. In the ensuing chaos tensions run high, and dark secrets begin to spill out, irreversibly changing the lives of all those who had any tie, however small, to Fairbrother.

It is inevitable that this book will be judged, at least initially, in comparison to Harry Potter. Admittedly, the two share several elements. The sharp, quirky writing style that became Rowling’s signature is definitely present, as is her cast of zany characters with intricate connections to each other. That, however, is where the similarities end. The plot is much darker and more morally ambiguous than Harry Potter’s classic showdown between good and evil.

The style Rowling uses here is much more complex and literary; the book showcases her impressive grasp of the English language. Her storytelling is as sharp as ever, and she is supremely careful about when and how she reveals information. Like any good mystery author, she is amazingly adept at subtly building suspense and creating tension, and she is a master of pitting characters against each other. Despite her talent, however, the pace of the book is not quick. The plot develops slowly and she periodically launches into digressions on a character’s past or irrelevant and lengthy introspective passages that interrupt the flow of the story. And while the characters are diverse and complex, few are likable or relatable, and there are arguably too many of them. The story is told in omniscient third person, but this time it is not rooted in any one character’s perspective—it unexpectedly jumps from character to character in a detached and impersonal manner.

Nevertheless, there are parts that the author handles well. The book is at its heart a tale of morality that warns of the dangers of politics built on duplicity and hidden agendas. It raises awareness of the impact that petty politics have on people who are at the mercy of governing bodies like the Pagford Parish Council. Throughout the book, the people who suffer the most are the marginalized and impoverished. While the book at times puts across an incredibly pessimistic view of humanity, the ending leaves readers with hope for change.

In the end, to judge this book on the standards set by Harry Potter is to not fully understand or appreciate it. This is a story based firmly in reality and completely devoid of any kind of magic. And that is precisely the point.