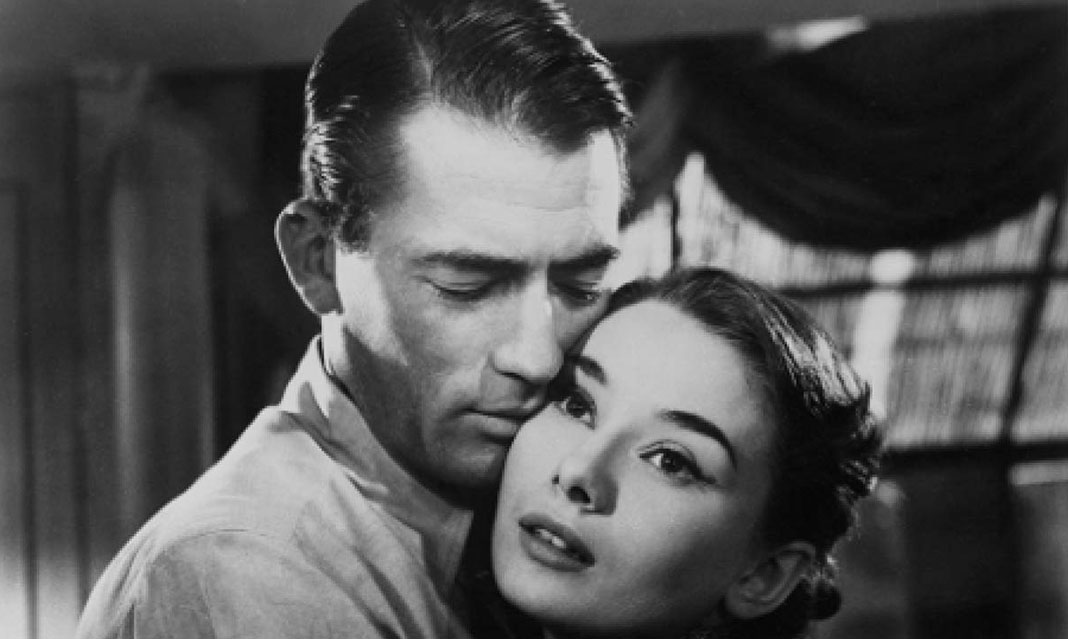 Roman Holiday, directed by William Wyler, is a romantic comedy starring Gregory Peck and Audrey Hepburn. The film follows Princess Ann (Hepburn) as she escapes her royal duties and is found and saved by American reporter Joe Bradley (Peck), who secretly wishes to write about her life. Princess Ann is innocent and childlike as she wishes to understand how normal Italians live, recruiting Bradley in her mission. Thus, begins their goofy whirlwind adventure and romance touring Rome. Warning: spoilers ahead.

The first time I watched Roman Holiday was when I was sixteen, amidst a serious Audrey Hepburn obsession. I knew I had to watch Hepburn’s breakout role as Princess Ann before I watched Breakfast at Tiffany’s because otherwise, I’d just be one of those people who jump on the hype bandwagon. Roman Holiday was everything and more I expected of Hepburn’s breakout role—she was classy, charming, and brilliant. Her exasperation at her royal responsibilities and her loneliness shine through her robotic “yes, thank you” and “no, thank you.” It isn’t exactly surprising but if you’re still not convinced you should watch this movie then keep this in mind: this was Hepburn’s first major role and it landed her an Oscar award. Pretty impressive if I say so myself.

Having grown up watching rom-coms like Clueless, Notting Hill, and Princess Diaries, I was expecting all the cheesy clichés in the book, and yet, Roman Holiday had none of that—it was humorous in a refreshing and delicate mannered. This film sets many timeless standards for future romantic comedies, such as the iconic Vespa scene, and its prominence in movies now. Also, while Ann is charismatic and lively, Joe is cynical and pragmatic, highlighting the opposites attract plotline. The chemistry between Hepburn and Peck is timeless and smooth, which is difficult to find in romance films today.

Roman Holiday is not only a classic because of Hepburn and Peck, but also because of the scenic portrayal of Rome. It definitely makes me want to pass over Paris for Rome any day, that is if we’re talking cliché holiday locations. I think the main reason Roman Holiday is a timeless classic is because of its realistic and moving portrayal of how sometimes we cannot have what we want, and life gets in the way of good things. Despite being a fairy-tale rom-com, Roman Holiday delivers a bittersweet ending that leaves its audience surprised and thoughtful. The ending was a heartbreaking reality of regret, acceptance, and timing. Ann decides to return to her royal life, parting ways with Joe, and later they pretend to meet again as strangers. She gives her speech in front of him, other reporters, and diplomats with a new understanding of life and love. Joe’s insight on life (earlier in the movie) becomes more relevant as he states, “sometimes life is not as good as people would like.” He walks away, both of them knowing that what they shared was beautiful but impossible in the long run.