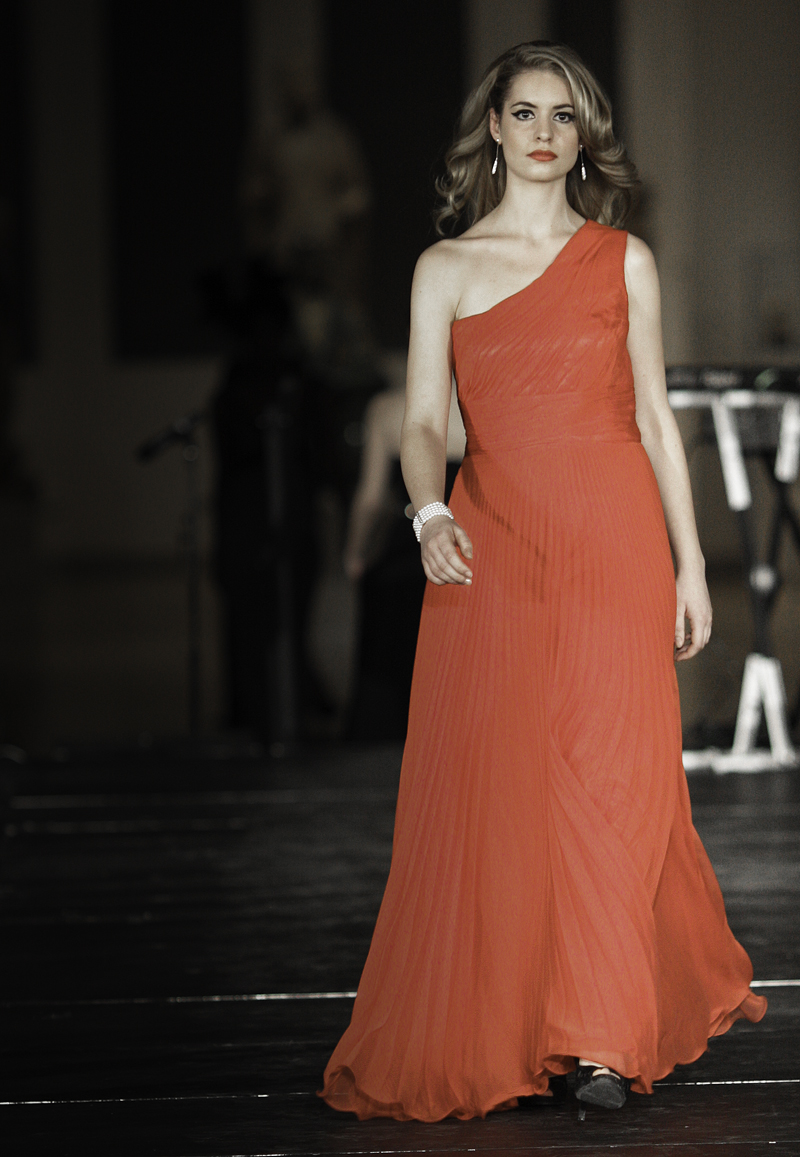 U of T’s fourth annual Rock the Runway fashion show returned to its home at the Royal Ontario Museum on Saturday night for an evening of fashion, music, and philanthropy. Founded in 2007 by Juliana White, Fatima Yusuf, Heather McCann, and Randy Alexander, Rock the Runway has managed to raise over $20,000 for War Child Canada, an organization that reaches out to impoverished children around the world. Dr. Samantha Nutt, founder and executive director of War Child Canada, spoke briefly on the organization’s 2011 project in Afghanistan which targets the largely illiterate female population in order to help them to become self-reliant in business and empowered in their daily lives.

While host Brendan Beamish (of the Toronto-based band Nights & Weekends) expressed his love of the spotlight, this year’s show introduced a second emcee—Ms. Sarah Taylor of MuchMusic. Together they worked the crowd and got the excitement flowing for the evening ahead, which began with an intriguing Black Swan-inspired ballet performance across the runway.

The first designer of the night was Sarah Stevenson, whose beautiful silk day-gowns suggested a walk through the enchanting streets of Paris on a warm spring day. Stevenson earned her master’s degree at the Institute of European Design in Milan, and this European influence shines through in her hand-crafted natural fabrics. Following Stevenson’s French reverie, a harmonica solo took the audience by surprise, yet it perfectly set the mood for the following designer. Next, the male design trio known as 18 Waits sent out their first model with a pair of antlers in hand and another followed with a bottle from which he proceeded to take a swig, much to the audience’s amusement. This playfulness is what 18 Waits is all about, and their rough and tough, functional outfits are “meant to be worn well, enjoyed, loved, and destroyed”, according to the designers’ vision. The first half wrapped up with Brazilian designer Baby Steinberg, whose line of women’s clothing aims to “reclaim, repurpose, and refresh” by recycling items such as plastic bags and coffee filters into high fashion pieces. Baby Steinberg’s environmentally conscious designs have been featured in countless shows, including Toronto’s LG Fashion Week last October.

Following the intermission, in which guests rallied to bid in a silent auction whose proceeds supported War Child Canada, the evening continued with some live entertainment from the band Young Empires, who recently supported Chromeo on tour. The band’s electronic and tropical vibe was a refreshing sound, and it became even more enjoyable when Cara Cheung models hit the stage and worked the runway to the pulsing beat of Young Empires’ infectious tunes. A former Chanel intern, Cheung fuses music and art into her designs to create a harmonious cohesion of rocker spunk and diva glam. The next designers to be showcased were Arnaldo Santos and Chris Nevin, both of whom look to classical styles as inspiration. Santos’ elegant gowns are designed to instil instant confidence in the wearer, and Nevin’s earlier urban, street-style designs inspired his turn towards the black-and-white Hollywood glam of the 1920s and 30s. The show also featured a line of leather handbags by Ask & Embla, all of which are hand-stitched and one-of-a-kind. The closing moments of the show featured another ballerina, this time in black, gliding across the stage and out of sight as the audience applauded the night’s events.

For the fourth year in a row, the evening was a huge success and with audience turnout increasing annually, the five-year anniversary of Rock the Runway is sure to be another night to remember.