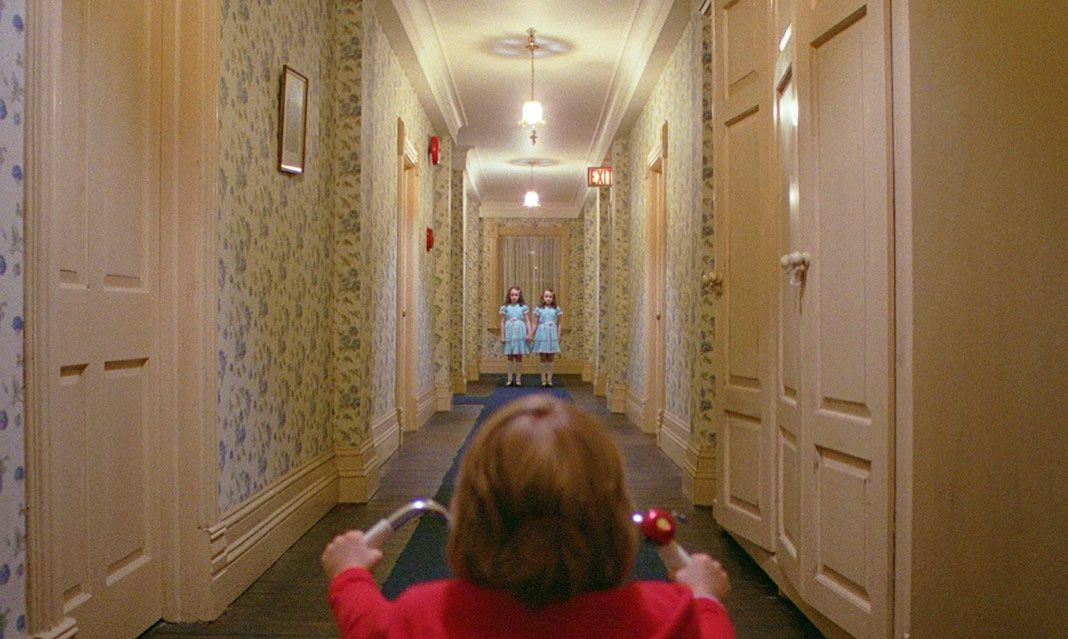 After watching the sequel of Stephen King’s IT in theatres, I wanted to revisit one of King’s most iconic stories: The Shining.

The Shining (1980), directed by Stanley Kubrick, tells the story of a small family’s new opportunity that turns into an absolute nightmare. Writer Jack Torrance (Jack Nicholson) takes a job as the winter caretaker for the Overlook Hotel, when the hotel shuts down for the season, to have some peace and quiet to work. This leaves Jack, his wife Wendy (Shelley Duvall), and his son Danny (Danny Lloyd) isolated by themselves in the Overlook for half a year. The roads become blocked with snow and the phone lines go down, but why would they ever want to leave the hotel?

Danny reveals himself as a little boy with special abilities as he sees frightening visions before they get to the hotel and during their stay.  The hotel’s chef Dick Hallorann (Scatman Crothers) calls Danny’s ability “the shining,” as he possesses it too. This fear escalates as the evil within the hotel takes control of Jack and drives him into madness; the idea of killing his family with an ax begins to seem appealing.

Fear is a big theme in The Shining, from the music to the facial expressions to their dialogues. Ominous music from the very beginning, as the family travels to the mountains, sets the tone for the whole movie. The music intensifies whenever there is a sense of danger, building up anticipation and anxiety. Duvall and Lloyd do an amazing job portraying fear to Nicholson’s terrifyingly beautiful acting. His face contorts so intensely and even when Jack smiles, the presence of danger always lies behind. There is uneasiness in the feeling that he can snap at any moment.

Jack eerily repeats to his family that he would never hurt them. However, the trauma of a drunken Jack “accidentally” dislocating Danny’s shoulder three years prior still haunts their family. Although Jack swore to never drink again after that incident, and keeps swearing that he would never hurt them, the hotel releases his repressed desires. As Stephen King says in his essay on “Why We Crave Horror Movies,” “The mythic horror movie, like the sick joke, has a dirty job to do. It deliberately appeals to all that is worst in us. It is morbidity unchained, our most base instincts let free, our nastiest fantasies realized…and it all happens, fittingly enough, in the dark.”

The evil of the Overlook Hotel has the same effect for Jack as we see him dip into insanity. The abuse, the drinking, and the anger are some of the worst parts of him that get unleashed from this repression. It’s an evil that is not just supernatural, but often seen in reality.

The Shining is one of those horror movies that might not necessarily make you scream, but would scare your soul. It’s a horror that leaves you trembling, uncomfortable, and confused.