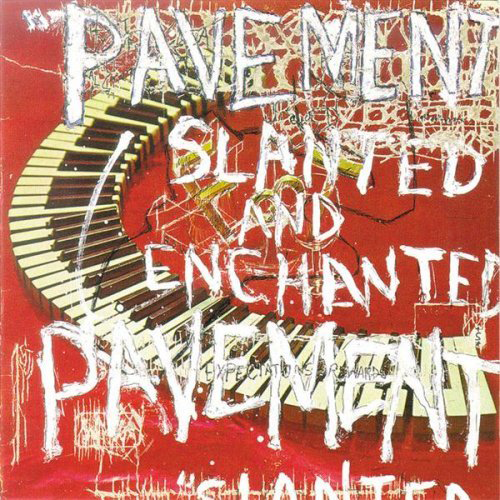 There has been no short supply of 90’s rock acts reuniting over the past couple of years. No Doubt has picked up where they left off, touring stadiums across the world, while smaller acts like Sunny Day Real Estate and Dinosaur Jr. have found second lives playing for old and new fans alike. And after lengthy speculation, seminal indie rockers Pavement will reform for a series of summer tour dates. They have a new two-disc greatest hits album, Quarantine the Past: the Best of Pavement, to be released this Tuesday.

Frontman Stephen Malkmus and guitarist Scott Kannberg formed Pavement in 1989. After releasing a couple of EP’s, the band released its debut full-length album, Slanted and Enchanted, in 1992, immediately striking a chord with music critics. With new members Bob Nastanovich (who replaced original drummer Gary Young) and bassist Mark Ibold, Pavement cemented their line-up and went on to release four more albums throughout the 90’s. 1994’s Crooked Rain, Crooked Rain helped introduce them to a larger audience thanks to singles such as “Cut Your Hair.”

But after a ten-year run, Malkmus announced during a show in 1999 that the group was breaking up (though their record label, Matador, claimed that the band was merely on hiatus). The members went their separate ways, apparently ending an often tumultuous but always interesting career.

Malkmus’ post-Pavement band, Stephen Malkmus and the Jicks, have remained active since their inception in 2000 and released four albums. Kannberg also started a new project, Preston School of Imagery, and released a few albums in the earlier part of the past decade. He also released an album under the name Spiral Stairs last year.

After nearly ten years of solo projects, it was announced in September 2009 that Pavement would reform for a summer tour. As the list of dates was slowly revealed, it became clear that this was a full-blown world tour. Pavement kicked off their reunion just a few days ago in Auckland, New Zealand and will tour the United States, Australia, Japan and Europe this summer. So far, the lone Canadian date is the Toronto Island Concert (also featuring Broken Social Scene and Band of Horses, with possible future additions to the line-up). If you’ve spent the past ten years basking in 90’s nostalgia, it’s shaping up to be a pretty good summer. Slanted and Enchanted
[1992]Pavement’s debut album is still considered their best work by many (Rolling Stone Magazine placed it at #134 on their list of the 500 Greatest Albums of All Time). “Trigger Cut: Wounded Kite at :17” introduced the loping melodies and twisty wordplay that would become the band’s signature, while songs like “No Life Singed Her” showcased an energetic, spastic style. In spite of the raw production, it still sounds great eighteen years later and has become a defining album in indie music history. Pavement brought a tighter sound to their second album, leaning more heavily on melodies than noise. While not as well-known as their debut, 1994’s Crooked Rain, Crooked Rain offers some great songs. The huge chorus in “Unfair” provides one of their best melodies to date and the band even dabbles in country on “Range Life.” Compared to their previous work, it’s a far more accessible album, but it doesn’t feel like they sacrifice the quality of their music. Still on a streak, Pavement released their third album, Wowee Zowee, in 1995. The 18-track album isn’t as concise as their previous albums and sometimes feels scattered in comparison. But it’s still a worthwhile effort, offering many good moments such as the lovely ballad “We Dance.” “Grounded” may be one of their more conventional songs, but the straight-ahead rock sound suits them well. It’s worth investing the time that it can take to appreciate this album’s less immediate mix of songs.