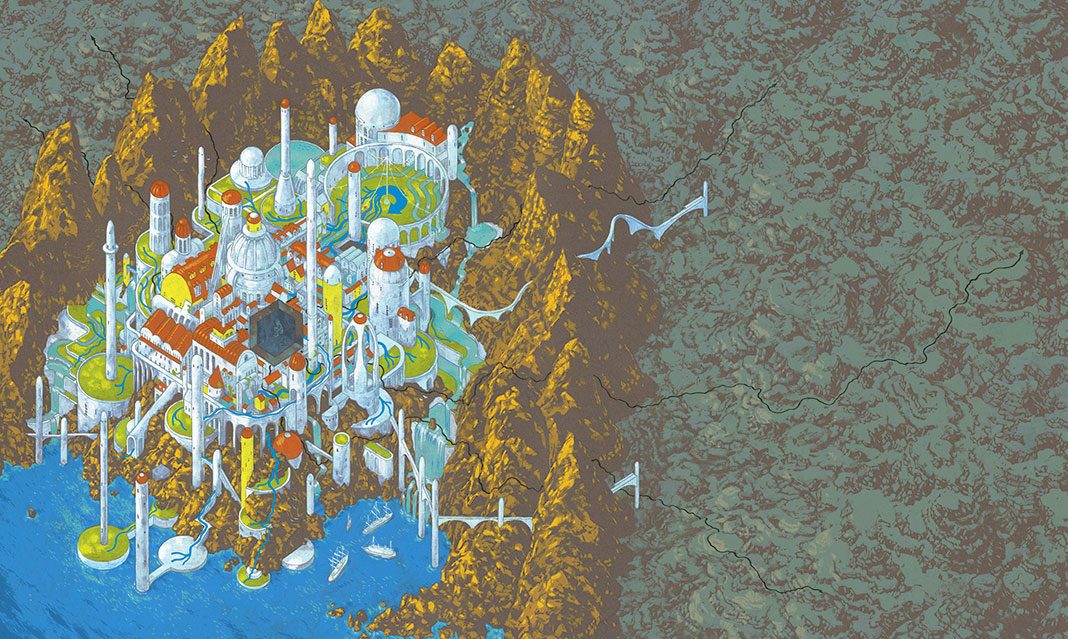 “The Ones Who Walked Away From Omelas” by Ursula K. LeGuin is one of the texts that was covered in ENG110: Narrative. This short story describes the utopian city of Omelas and its happy citizens. The reader is then introduced to the beautiful imagery of the people of Omelas celebrating the first day of Summer and the festival of celebration that follows.

In Omelas, the Festival of Summer is vibrant and reflects a state of euphoria. As readers, we are transported to city of wonder and happiness where no problems exist. The narrator describes Omelas as “like a city in a fairy tale,” where everything is blissful. However, despite the perfect world the reader is presented with, the narrator ultimately reveals the truth about Omelas.

The happiness of Omelas is solely dependent on the suffering of a single child kept in darkness and filth. The juxtaposition highlighted by LeGuin reflects the class disparity and social attitudes within society, which is showcased in the meeting between the child prisoner and the people of Omelas. Some individuals were unable to accept the truth that a child prisoner was the reason for their happiness and chose to walk away from Omelas, whereas others ignored the child and went on with their worriless lives.

The story begs the question, “what makes the imprisoned child less of a person than the happy children of Omelas?”

“The Ones Who Walked Away From Omelas,” answers said question by providing commentary on society’s tendency to be pre-occupied with the self, while distancing themselves from problems that do not directly involve them. A modern-day example of this would be consumerism. Many of us have indulged in making purchases for products that make us happy without acknowledging that children forced into labour are most likely behind the production process. LeGuin does an excellent job questioning the reader’s morals and ethical values by juxtaposing two different realities that reflect modern-day society. As such, I highly recommend this short story.