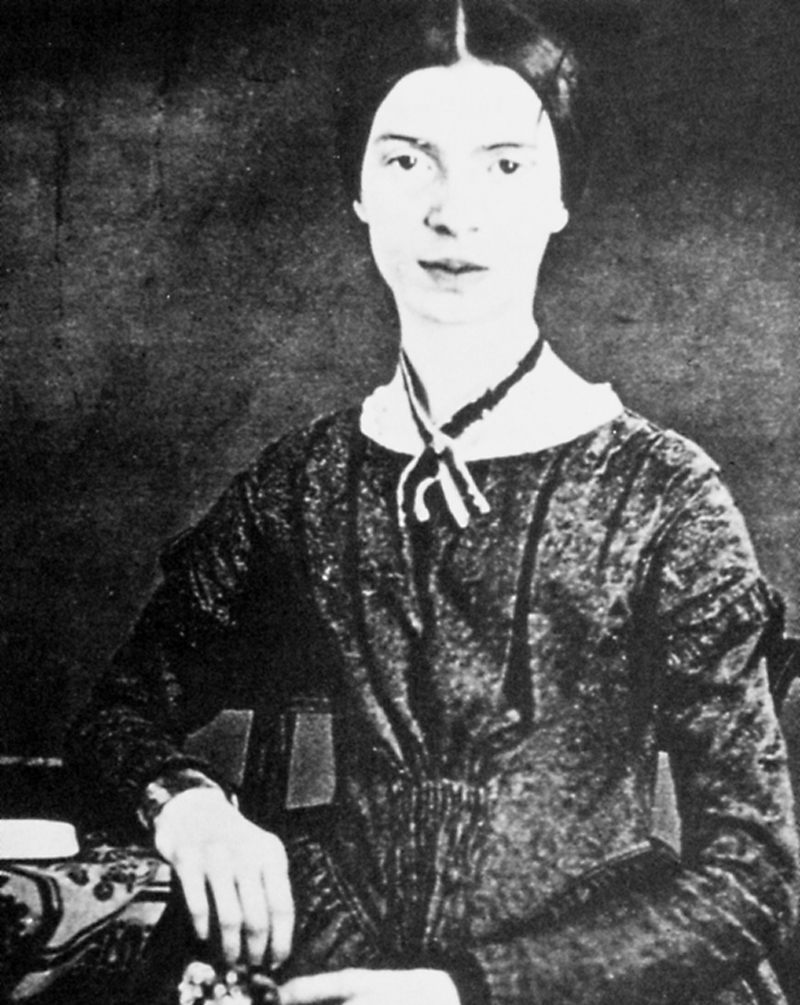 Poetry has a pretty weak rep in today’s day and age. The average university student (or anyone, for that matter) doesn’t really care about iambic pentameter or rhyming couplets. Let’s face it: most people see poetry as some boring, pointless stuff written by men in tights, describing things like flowers or emotions.

Although this description may sometimes be right, I want people to know that good poetry is so much more than this. It can be something that speaks to you, something that moves you, if you just give it a chance. So, as a poetry-lover, I’m making it my duty to shed a little light on the world of poetry, and to show that it may not be as boring or pointless as you might have thought.

With that in mind, here are the top five poets you should check out, whether you like poetry or not.

Before you put down this paper for recycling, hear me out when I say that Shakespeare is actually not as boring as you might think. Apart from being one of the most celebrated and renowned poets and playwrights of the English language, good old Shakespeare was quite the literary pimp of his time.

There’s been a lot of speculation about his personal life, since so few records exist. Out of all the prominent portraits of Shakespeare, scholars only know of one engraving that is without doubt a real portrait of the man. There has also been much debate about Shakespeare’s sexuality.

If you’ve ever taken an English course in high school then you’ve heard of the famous “Fair Youth” that the first 126 of his 154 sonnets are addressed to. The loving languages used by the poet to address this “youth” leads some scholars to believe that there was in fact a real “fair youth” whom Shakespeare had an affair with. Even the famous Sonnet 18 (“Shall I compare thee to a summer’s day?”) is addressed to this youth. I, for one, think that this makes Shakespeare even more interesting and mysterious than before.

The ambiguity about the youth’s appearance, religion, and even sexuality, is the kind Shakespeare often uses; so it’s no wonder that Shakespeare still fascinates us to this very day. Apart from his personal life, his sonnets themselves are also works of some serious literary genius. So go and check a few of them out for yourself!

we band of brothers.

For he today that sheds his blood with me,

shall be my brother; be he ne’er so vile,

this day shall gentle his condition.”

Now here is an often misunderstood young poetess who I’ve always found fascinating. Again, if you’ve taken English class in high school, then you’ve probably read a few of her poems. But the details of her personal life are what I find most interesting. She was an extreme introvert and recluse, who hardly ever greeted the guests at her house. Later on in life, she almost never left her room, and had become somewhat of a mystery to those around her.

Often dressed in a long, white gown, she spent most of her time in her room, writing poetry. From a young age, she was amazed and scared of the idea of death, and this is clear in much of her poetry, such as the famous “I Felt a Funeral in My Brain” and “Because I Could Not Stop for Death”. The way that this fragile young woman wrote about life and death with such intensity, and using so few words, is the reason that I think everyone should read her. The words stay in your head long after you’ve read them, and can be calming or harrowing, but are always powerful.

Because of her mysterious life and powerful verse, Emily Dickinson is a definite must-read.

“Because I could not stop for Death,

He kindly stopped for me.

The carriage held but just Ourselves

i hope that most of you have heard of ee cummings, but have you read any of his poetry? you may be a bit confused at first if you do, because this groundbreaking poet took the rules of syntax and threw them out the window to produce some of the most unmistakable avant-garde styles in the poetry world.

Some of his most famous poems contain no punctuation or capitalization at all, and twist words and phrases in a way that leaves the reader confused and even a bit frustrated. but when you finish the poem and uncover the meaning behind the words, it’s all worth it. cummings’ verse is sometimes incomprehensible, chock-full of intentional misspellings and even made-up words. but the way he wrote about life with such force and newness has me spellbound every time. he turned the poetry world upside down, and won many literary awards it.

For his unmistakable way with words, ee cummings has a spot comfortable on this list.

“Love is more thicker than forget

…it is more sane and sunly

and more it cannot die

than all the sky which only

is higher than the sky.”

Sylvia Plath is the ultimate confessional poet, and one of the most major literary icons for young women all over the world. Her literary talent was apparent from a young age, earning her a scholarship to Newnham College in Cambridge, where she continued to write poetry.

In 1961 she married English poet Ted Hughes, but their intense, passionate relationship soon crumbled. After uncovering her husband’s affair with a friend, the couple split up and Plath went on in a great burst of creativity. Many of her most famous poems were written during this time, their themes varying from pregnancy to infidelity to depression and death.

Plath had suffered depression for a long time, and during the coldest winter in 100 years, on February 10 1963, Plath committed suicide by carbon monoxide poisoning. Her intense, passionate, and terrifying poetry, and the tragic circumstances of her life and death, led Plath to become one of the major literary icons of her time and a voice for girls and women everywhere.

“There’s a stake in your fat black heart

and the villagers never liked you.

They are dancing and stamping on you. They always knew it was you.

The last poet on my list is here because, in my opinion, he is one of the forthcoming poets of our generation and is definitely worth a try. Unlike all the others on this list, Richard Siken is part of a new time of poets who will shape the new wave of poetic talent. Siken is an American poet living in Tucson, Arizona. He only has one published collection, entitled Crush, but don’t let that turn you off.

This one collection is full of enough raw, desperate, and crushing verse to leave your mind numb. Siken’s long, dragging sentences flow past the ends of the lines and metamorphose from image to image, without catching a breath, without a break or pause. But when you read the last words and finish the poem, it becomes something alive and you can’t close the book anymore.

So go look up a poem or two of his, or even buy the entire collection, because I’ve known people who’ve turned into poetry-lovers just by reading Crush. For his raw, unadulterated, uncompromising style, Richard Siken is number one on my list and will continue to be for years to come.

“Tell me about the dream

where we pull the bodies out of the lake

So there you have it, my own top five poets. I hope this list has inspired some of you, because if even one person decides to look up a few poems from this list, then my work here is done. Happy poetry reading!