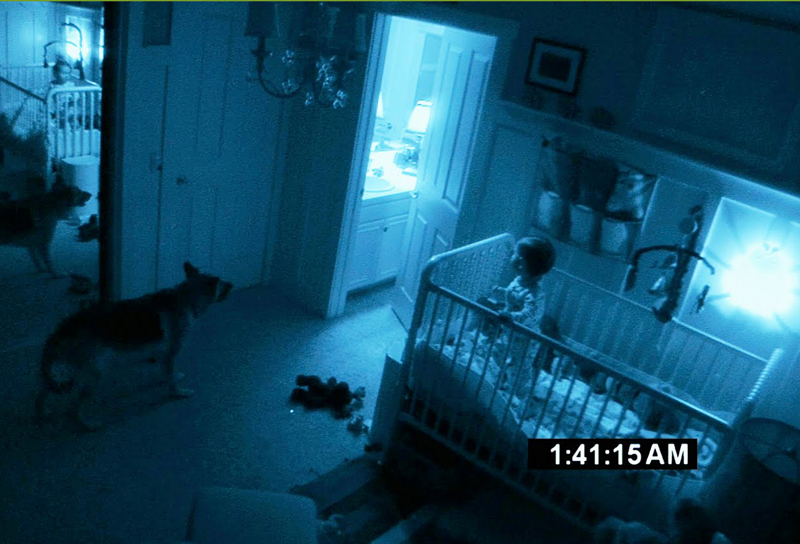 It is said that the most fundamental human fear is that of the unknown. Perhaps that’s why the Paranormal Activity franchise (yes, it’s officially a franchise now) works so well: it targets our most primal fears without really revealing anything about their source. Not to mention that they have some of the highest profit-to-budget ratios of all time. The first instalment was an indie film purchased by Paramount Pictures that grossed a whopping $194 million worldwide on a micro-budget of $15,000, while the second has grossed $41 million in its opening weekend alone on a slightly bigger budget of $3 million. After viewing these numbers, it’s hard not to see what the hoopla is all about in Hollywood over these movies.

Paranormal Activity 2 is the result of a fast-tracked production, which was green-lighted by Paramount execs immediately after seeing the eye-opening box office numbers of the first film. As a result, fans have been wary of the sequel ever since its announcement—was this going to be just another Hollywood franchise trying to milk the success of its first instalment (à la Saw), or could this be the rare occurrence where a sequel elevates the status of the original while dishing out a fantastic story with bouts of character development? The answer to this question lies closer to the latter: Paranormal Activity 2 is a well-made horror film (and about as good as sequels get in Hollywood), but it simply doesn’t offer anything new compared to the first. In other words, it’s more of the same.

Paranormal Activity 2 centres around a family of five: Kristi and Dan Rey, their daughter Ali, their baby son Hunter, and their German shepherd. The connection to the first film is that Kristi is the sister of Katie Featherston, who became possessed by a demon and killed her boyfriend. The movie employs a similar cinematographic device to the one used in the original; while Paranormal Activity used a hand-held camera to represent found footage, the sequel uses multiple security cameras to film the family’s actions. The family installs security cameras overnight after an apparent burglary, which left the entire house in disarray. Soon after, a host of strange events begins to take place in the Rey home, including mysterious creaks and noises, doors and cabinets opening and closing on their own, and the family nanny, Martine, carrying around a candle to ward off “evil spirits”. In short, paranormal activity ensues.

The film is actually more of a prequel than a sequel, as most of its events take place before the first film.

In doing so, it gives a lot of interesting background on the events of Paranormal Activity, while expanding the mythology for future films to explore.

Despite the countless similarities to the original, Paranormal Activity 2 is still recommended for all fans of horror. It even offers a number of surprising and unexpected scares that surpass some of those in the original. Just don’t expect to see anything really new or different. But if that $41 million from the opening weekend box office is any indication, you can expect to see much more Paranormal Activity in the future.