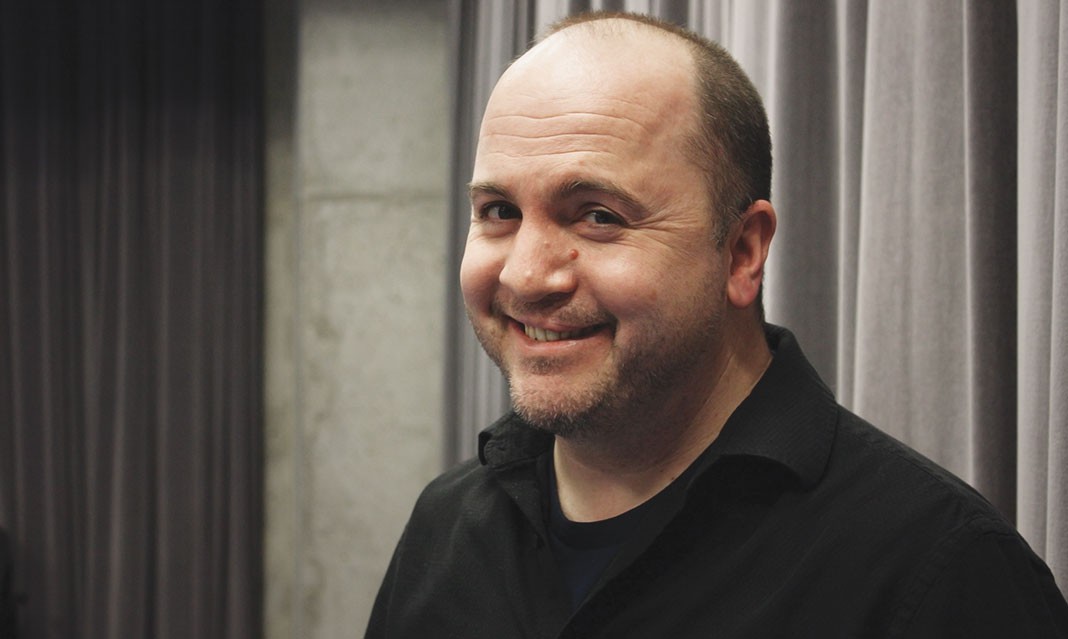 Last year, Theatre Erindale ran an experiment: they took two condensed Shakespeare plays (Troilus and Cressida and Romeo and Juliet) and cast both with the third-year students in the Theatre and Drama Studies program. Audience members watched a double bill, with Romeo and Juliet in the first half and Troilus and Cressida after intermission. Both were directed by TDS professor David Matheson.

This year, the Blackfriars Project is back on its feet, with some alterations. Instead of being cast in both plays, the third-year class has been divided between Pericles, Prince of Tyre and The Comedy of Errors. Each play has its own run during separate performances. Along with the two casts, there are also two directors: Patrick Young and David Matheson, respectively.

As with anything new, tweaking is required. The Medium sits down with both directors to hear their take on directing and teaching Shakespeare.

The Medium: Why did you choose Pericles?

Patrick Young: Well, I didn’t choose just Pericles. I chose Pericles in combination with Comedy of Errors. The pair was chosen after a long and desperate search. It was driving me nuts until I finally thought, what if the answer is in something we’ve done already? And we had done both these plays in the past—Pericles was the first Shakespeare we ever presented.

And I suddenly thought, what if Comedy of Errors would fit with it because the two plays are both set in ancient Persia, they’re both the story of a family being reunited, and so there were some obvious links there. One is from the beginning of Shakespeare’s career, one is from the end, which was another interesting link. And so I worked through the possibilities of casting the two shows and I realized that, yes, we could make Comedy of Errors possible with a dozen people.

TM: You’ve been directing students, specifically at Theatre Erindale, for a very long time. What keeps you coming back to that?

PY: I guess I’ve directed 21 years out of the 23. And yes, it’s exhausting, but it’s also a part of being artistic director of the program. It’s what keeps me going as an artist and is the most vital teaching and learning situation that we have to offer. It’s when you try to put the proof in the pudding and encourage people to put what they’ve learned into practice for an audience.

TM: What do you think students get specifically out of acting Shakespeare?

PY: A large increase in technical finesse. These guys are learning with leaps and bounds as you work with them. And they’re in third year, they’re at a fairly raw stage of their training where they’ve completed their first few foundational years. I’m speaking about them as a group; there are people among them who are reasonably sophisticated already. The other thing is the ability to invest period text, text from outside their own world, with authenticity. And so those things are probably the prime focus of working through Shakespeare with the third-year class. They are trying to up their skill with verse and a more complicated sentence structure than they are used to, and not just delivering it but also investing it, getting specific with the intentions.

TM: As a director, do you find that there’s a difference between directing students and directing professionals?

PY: Professionals need to be helped too, but they generally become professionals because they have reached a point of being able to make more of their own decisions and have a greater trust in their own instincts. So the difference with students is more often having to take the initiative in showing them the path they can work for in a particular moment or a particular character.

TM: What do you want your audience to take away from Pericles?

PY: The play is about surviving trials with flying colours. To be put to the test and ultimately not be found wanting so that those who survive the test of life are redeemed and even reborn. I think that is the message of Pericles. The characters go through a lot—15 years of trials and tribulations—and at the end they find each other again and the family is reborn and reunited. The Medium: Why The Comedy of Errors?

TM: What is it like working with students as opposed to professionals?

DM: There are a couple of types of professionals, when you think about it. There’s the kind who are really talented, and they feel like they’re progressing as a professional. And there’s professionals who sometimes are a bit jaded and cynical and I find that students are usually on the side of people who are on the rise, so you can get really good work out of them. They’re incredibly rewarding to work with, in the sense that the transformation that they undergo is obvious and permanent. It’s a transformation in their talent, not just their character. And U of T students in particular are super smart, because they’re here, and our program has a really good balance of that intelligence that they have, and they’ve also got good hearts because of the Sheridan stuff.

TM: Sometimes being a smart or “heady” actor can be a setback.

DM: Not this time. Here’s how we did it: we had them analyze the script for a week in November, where they were allowed to use their brains as much as they wanted to; then I forced them to memorize all of their lines over the holidays, and then since we came back, it’s been all physical all the time. And The Comedy of Errors is a physical comedy, so I’m constantly getting them to be athletes and not be academics. We were allowed one week of academics, where we could philosophize about the themes of the play, but since then it’s just been go-go-go.

TM: You have a Master’s in Directing from York University. Did you know while you were doing that that you wanted to teach?

DM: That’s interesting. I did my masters because I actually wanted to learn about directing. It’s a funny thing, because it never even occurred to me that I could teach. Part of masters work is learning pedagogy and developing your teaching style, and mentoring with professors to find out how to train actors, and when I started doing that I realized that training actors was as—if not more—fulfilling than either my life as an actor or my life as a director. It actually combined all the things that I loved: the process work; the communication with smart, talented people; creating worlds in small rooms with our imaginations. I realized at that time that this was something I could do and now I combine it. I still act occasionally, I direct professionally, and now I train actors at the same time.

TM: Shakespeare gets done a lot in the world. How do you make your Shakespeare different from everyone else’s?

DM: Because I’m doing my Shakespeare. And I’m different from everybody else. Like any artist, it’s your own take on it that’s important. It’s got to be about things that I care about or I see to create the world that I want to carve. It’s where the artist meets the form and then you work out between the two of you how it’s all going to be.

DM: Concept-wise, I read the play many, many times. Eventually it comes down to coming up with something that you think is going to resonate with people and yourself. When you get into rehearsals, you break the play down into its components, you name the scenes, you get the actors understanding what the scenes are about, and that’s the beginning part. [The moments you want to focus on aren’t written in the script—you have to place them there. And then from there, if you’ve done that work to the level of detail that you need to, the next part, when you get up and move, is super easy. It’s all based on the amount of detailed work you put in at the beginning of a project. That’s the key. These interviews were edited for length and clarity.