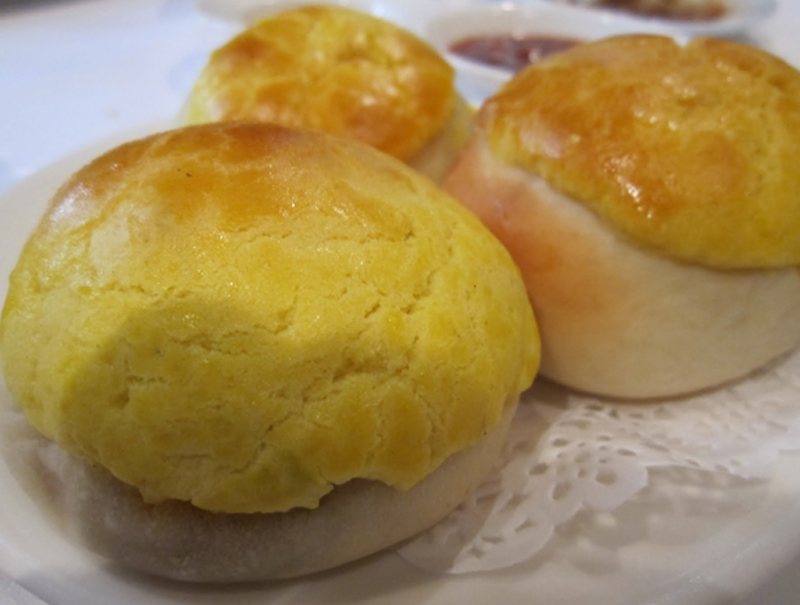 This week’s dish is recommended by Amir Ahmed, the Features Editor at The Medium, and a fan of ridiculously unhealthy food.

Pineapple buns are a sweet bun originally from Hong Kong. They’re made by taking a regular sweet bun and slapping on a sweet, crispy top made of butter and sugar. The bun gets the “pineapple” part of its name from this top layer, that sort of looks like the golden exterior of a pineapple: it doesn’t actually have any pineapple in it.

If you think the idea of butter topped with bread that’s filled with sweet filling sounds unhealthy, then you don’t want to know about some of the Hong Kong variants that place a melted slab of butter between the delicious concoctions.

You can find these buns in most bakeries, but if you want a really good deal, and some soft, delicious bread, you should get them from Yuan Ming Supermarket. They sell the buns there at two for a dollar, along with a host of other bakery masterpieces, including red bean, beef curry, and custard buns. The pineapple buns alone can be bought as straight-up buns, or with coconut or red bean filling. In all my years of visiting bakeries in Toronto and Mississauga, I can say that these are the ones I like the most.

They aren’t as hard and starchy as the ones at T&T, and the bean paste is the purée kind instead of a handful of beans just dumped into the bread. While you’re there, you can pick up some other cool baked goods, and the other Yuan Ming fare. Century eggs, anyone?