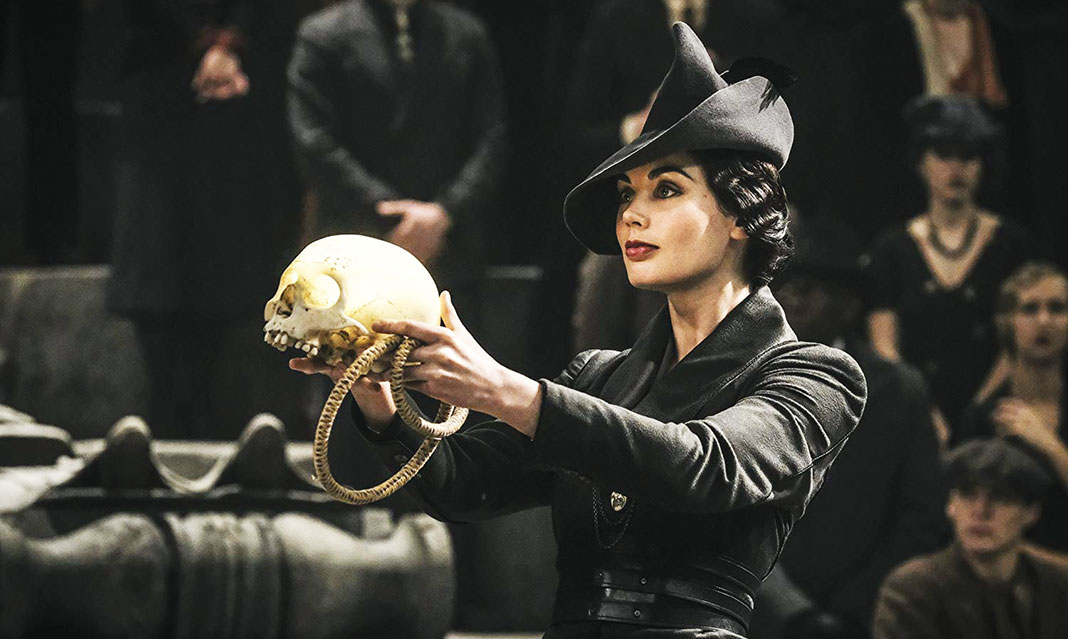 Fantastic Beasts: The Crimes of Grindelwald is the sequel to a prequel that no die-hard Harry Potter fans asked for. Two years after the first one, which introduced characters like Newt Schamander and Leta Lestrange, we meet Newt again. However, this is not Newt’s story. It is nobody’s story, really. There are too many storylines with too many redundant characters. As many other reviews have said, JK Rowling is doing a “George Lucas.” This is when you take a brilliant concept and put too much into it, thus destroying it.

At a time when the roots of fascism are crawling in, Rowling tries to be politically “woke” by making Grindelwald a Trumpian-Hitler figure, who gets people to join his cause by rallying. It feels forced. Johnny Depp, racked with domestic abuse scandals that followed him to this film (feminist JK Rowling ignored these allegations and hired him anyway), portrays a purely evil Grindewald as a knock-off Captain Jack Sparrow. Her political allusions do not work. However, Dumbledore, portrayed by Jude Law, is one of the few redeeming characters of this movie. He creates the twinkle in his eye that Dumbledore has in the books. He and Depp hold the movie together. However, the other cast members are either unconvincing or they do not get enough screen time. Newt, played by Eddie Redmayne, has so much potential, as does Leta Lestrange (Zoe Kravitz). Both could have been compelling characters but are severely underutilized. Furthermore, David Yates, who has previously directed Harry Potter films, uses a bland palette of color. There is a dreary feel to the set pieces, which are very lulling and not magical at all. The few times Yates does use color is in the scenes at Hogwarts. However, these scenes do not redeem this movie.

One of the biggest letdowns of this movie was the plot. It is clunky. There is no flow. There are too many “wow” moments flung at the audience. It feels like Rowling took a fan-fiction and crammed it into something she wrote in the morning. Now, don’t get me wrong. I love Harry Potter. Yet, this was a convoluted, try-hard, overly complex movie that felt like two movies mashed together, each with different tones. Had this been a book to movie portrayal, or even just a book, Rowling’s overly complex fan-baiting might have worked. The plot is very hard to follow even as a Potter fan.

The soundtrack plays on nostalgia to distract people from the absurdity of this film. Whilst it is more toned down in this film, it does not work. There is a loss of the magic that the previous soundtracks had. It removes audiences from the film.

Fantastic Beasts had a lot of potential. However, Rowling is making a crucial mistake by changing the Harry Potter universe. She is creating areas that people do not care about. She is expanding on issues in her stories that are irrelevant.  The movie could have been 43 minutes long. I would not recommend this movie. It is a cheap cop-out from a once brilliant author. She is ruining the reputation of her famous books. The cluttered movie, containing multiple characters with confusing backstories, a hauntingly out of place soundtrack, and bad CGI, does not work. JK Rowling is clinging onto her iconic series, thus ruining its legacy.

Don’t waste time seeing it in theatres. It is a torturous, boring movie. The plot, or lack thereof, is a cheap cop-out from somebody who is trying so hard to stay relevant.  It would be better to just stream it in a few months. The only fantastic thing  about this movie is that fans will break their banks for it, thus spawning more cheap knockoffs.